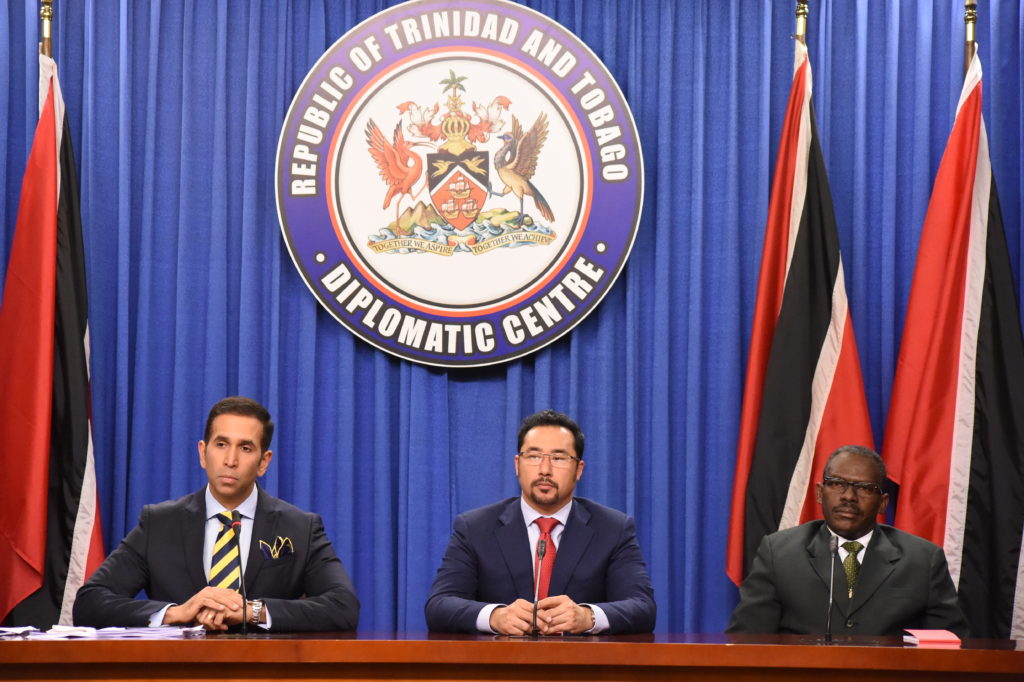 The Honourable Stuart Young, Minister in the Office of the Prime Minister and Minister in the Ministry of the Attorney General and Legal Affairs, hosted the Post Cabinet Press Briefing today (Thursday 2nd February, 2017) at the Diplomatic Centre, St. Ann’s, Port of Spain.

During the briefing the Honourable Faris Al Rawi, Attorney General and Minister of Legal Affairs, as well as the Honourable Edmund Dillion, Minister of National Security, made announcements related to the GORTT’s plan to combat crime.

Most notably, it was announced that this Friday (3rd February 2017), the Government will introduce amendments to the anti-terrorism laws and the laws governing motor vehicles and traffic.

According to the Attorney General, Cabinet today approved legislative and operational proposals to the aforementioned laws.

With respect to the Anti-Terrorism Amendment Bill to be laid in Parliament, some of the proposed changes include:

• The expansion of the definition of property/funds to include oil and other natural resources
• The definition of ‘terrorist’ to be extended to include persons who contribute to terrorist activity
• A redefining of terrorism so as to broaden the scope of the act to include occurrences outside Trinidad and Tobago
• The criminalisation of the threat to commit/taking of preparatory steps towards terrorist acts
• The provision of services for the commission or financing of terrorism
• The criminalisation of belonging to a terrorist organisation and/or receiving training from such an organisation
• The criminalisation of travel for the purpose of committing terrorist acts and deeming such individuals as Foreign Terrorist Fighters (FTFs)
• Provisions to allow the Minister of National Security to designate a geographic area that constitutes the presumption that the travel was for a terrorist act. (In this respect a there will be a system for providing permits and permissions.)
• The revision of the designation process of individuals and organisations to be terrorist entities and the application of financial sanctions to said entities
• A mechanism for Trinidad and Tobago to propose names of suspected terrorists to the UN’s Security Council
• An expansion in the power of law enforcement agencies to gather information to cover documents, computers and electronic devices
• Revision of the provisions for the investigation of suspected terrorists and the gathering of information by the Financial Intelligence Unit (FIU)
• Revision of the seizure and forfeiture of assets belonging to suspected entities
• Criminalisation on the movement/involvement of children

This work has been ongoing for many months and is the result of local and international cooperation.

Following these proposed amendments are further proposals to adjust evidential rules to allow for circumstantial evidence to be admitted in court.

The Attorney General also noted that police officers, particularly those who deal with traffic offences, are being called to put in man hours in detection as well as conviction processes.

As a result, the Judiciary of T&T, the Ministry of Works & Transport, the AG’s Office and other entities have been working on a package of laws to treat with criminality on roads and police man hours in court.

Proposed amendments include electronic payment of tickets, the identification of certain offences as violations, the establishment of red light camera systems and the reform of fixed penalty systems. This will free up policing and judicial time. Additionally, failure to pay fines will be reflected on drivers’ permits.

AG Al Rawi also affirmed that the digitisation of documents, towards the operationalizing of a digital system, is well underway. Proposed amendments to the criminal justice system will soon be revealed.

Additionally, the Minister of National Security provided additional information on the GORTT’s pillars of crime fighting which include deterrence, detection, conviction, rehabilitation and restoration.

Minister Dillion also affirmed that the TTPS will be supported by the TTDF and other agencies in the fight against crime. The Minister also called on members of the public to assist crime fighting agencies where possible, particularly in the sphere of domestic violence of which reports have increased.

As drafted, these legislative proposals do not require a special majority vote. However, the Government is open to the formation of joint select committees on these matters and is leading the pack in these developments.

The panel also expressed, on behalf of the GORTT, condolences to the families and loved ones of Angelo Bissessarsingh and Nadia Simms on their passing. 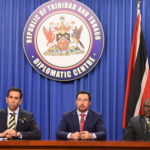