What we learned from St Augustine “Conversations with the Prime Minister” 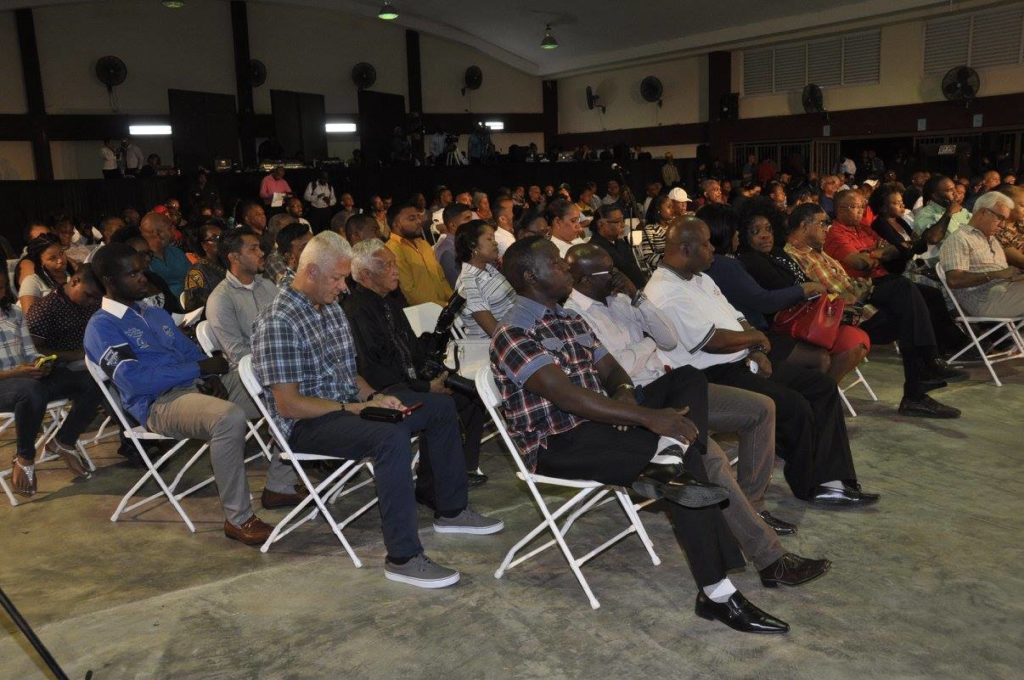 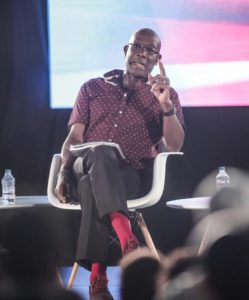 Dr. the Honourable Keith Rowley addressed several matters of national importance during the third installment of ‘Conversations with the Prime Minister’ in St Augustine recently.

The open forum gave the public an opportunity to engage the Prime Minister and other government ministers on a wide range of topics. Here’s a look at some of the pertinent matters that emerged during the meeting:

The Prime Minister believes that had it not been for the work that his Government has done in the last two years, the country’s economy would have been in a far worse position. He said the current circumstances call for a leader who is capable of making the tough decisions.

He went on saying “And of course it is human nature: who gets popular by doling out unpleasant medicine? But the difficult decisions that we are making, are being made to ensure that the period of difficulty will be temporary and that there will be a brighter future.”

The dramatic slump in energy prices resulted in a reduction of the national budget by $20 Billion. This forced Government to reduce spending so that it more closely reflects our current economic realities.

He said this reduction has led to some difficult and painful decisions but that this was the necessary medicine needed to bring healing.

Prime Minister Rowley said hard choices must be made now to ensure that this period of difficulty is temporary and to secure a brighter future in the not too distant future.

With some 89,000 people on the Government payroll, this administration maintains a policy to preserve, as far as possible, jobs in the public sector.

Dr Rowley sought to dispel the idea that his Government has imposed a wage freeze saying rather that under the existing circumstances wage increases may not be possible.

“As Prime Minister I announced publicly that there will be no pay increase for Members of Parliament and Cabinet Members until the economy improves. That is the only group that is under a wage freeze. The bottom line is there has been no policy in this Government to manage the gap between expenditure and revenue by mass retrenchment, mass layoffs and simple reduction in the public service.”

The Prime Minister said Government knows that it is duty bound to reduce expenditure but that this will be done with compassion and a recognition that steps must be taken to mitigate the impact of these cuts on the people of Trinidad and Tobago. He stressed that one of the main concerns of the Ministry of Finance every month is ensuring that the Government is able to pay salaries.

“I could tell you the Government’s payroll today is the number one priority for the Ministry of Finance trying to make that payroll every month to ensure that those who have jobs don’t lose them and ensure that their families have something,” he said.

The Prime Minister stressed that corrupt persons will not find solace or protection from this People’s National Movement (PNM) Government. He also called for an independent and thorough investigation of any allegations of corruption or incompetence at the State-run oil company Petrotrin.

A new board was recently appointed at Petrotrin to further the work undertaken by this administration to restructure the company. This new board will ensure a thorough investigation is conducted into the ‘fake oil’ allegations and if any wrongdoing is found, implement the necessary safeguards to prevent a reoccurrence.Dr Rowley said it was important for this matter to be fully examined so that anyone who might have acted improperly is held accountable.

He believes this matter should be of great concern to the entire national community and that it was imperative that Petrotrin is transformed into an entity that contributes to the development of Trinidad and Tobago.

The Government is realigning the mandate of the Housing Development Corporation (HDC) to ensure  that it provides shelter to those who need it most.

There are a reported 120,000 applications for public-sector housing currently lodged at the HDC. The Prime Minister said that it was not possible for the Government to fulfil this demand. He recalled that during his term as Minister of Housing he implemented an aggressive housing programme with a $2 Billion annual budget which resulted in a total of 21,000 housing starts. He said even if the Government could afford to build 5,000 homes per year, this would only make a small dent in the overwhelming demand.

In light of this reality the focus of the HDC must be on satisfying the needs of lower-income families. To achieve this end the HDC lowered the qualifying income so that those who can afford to, may utilise private housing.

Prime Minister Rowley said, “What that means is, whatever little money we have in the HDC and in the public sector programme would focus more on providing housing for persons with a lower income, giving them a better chance of getting a house.”

He said Cabinet has also approved a return to the self-help programme where Government lots will be made available to persons who want to build their own homes.The Government has also given priority to ensuring that housing projects which were abandoned by the previous administration are completed.