What Led to Withdrawals from Heritage and Stabilisation Fund? 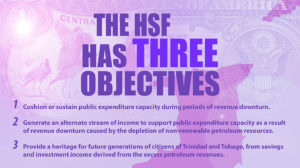 The economy has been reeling from a loss of revenue given the slump in oil and gas prices. Although the country experienced a similar situation in 2008/2009 we did not withdraw from the Heritage and Stabilisation Fund.

It should be noted, however, that the nation’s current economic situation is vastly different from that period of 2008/2009.

Then the Government had over $9 billion in credit in its account at the Central Bank as a result of budget surpluses over the years.

It was able to draw down on these surpluses to deal with the shortfall in revenue at that time and so there was no need to touch the Heritage and Stabilisation Fund.

This current Government had no such luxury.

In its first two years in office, the previous Government used up all of the surpluses left in the Central Bank, and then sent the Government’s account into permanent overdraft.

The UNC-led Government spent the $6 billion in credit it found in 2010 and used almost the entire $9 billion overdraft available to the State by the end of their term in 2015.

Since September 2015, therefore, the Government has had to manage the finances of Trinidad and Tobago, with the Government’s accounts permanently in overdraft.

In May 2016, because of the severely depressed revenues from petroleum, the overdraft reached 100% of its limit, and unless urgent action was taken, the Government would have been unable to pay salaries or pay for critical and essential goods and services.

It is against this backdrop that the Government turned to the Heritage and Stabilisation Fund which was created to keep the country afloat in times of economic distress. 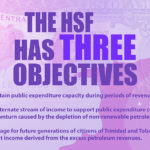