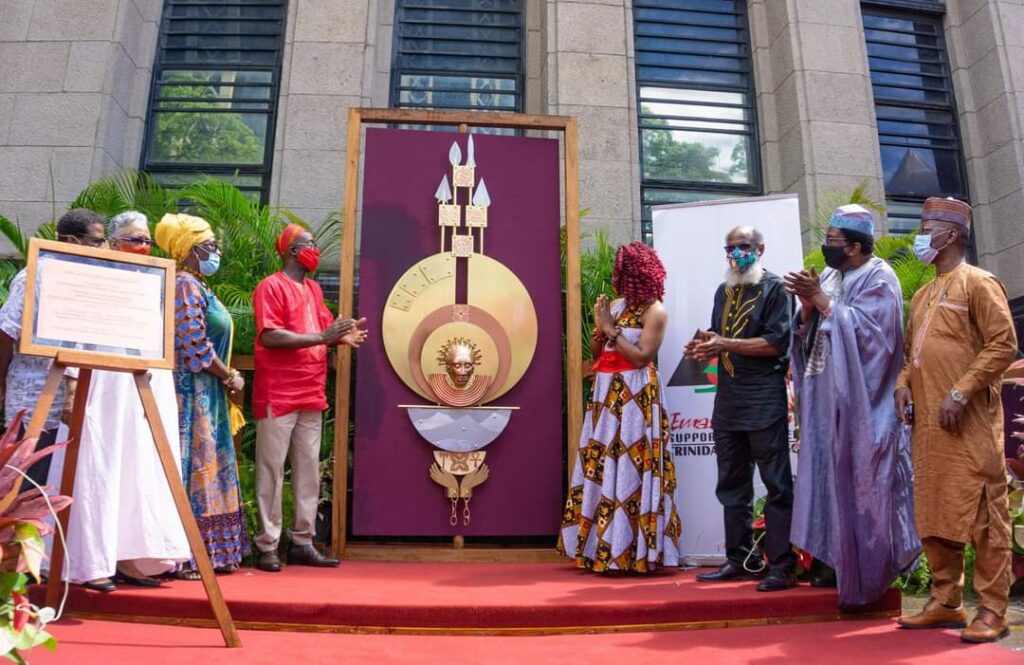 The Emancipation Monument will be hung in front of the Treasury Building in Port of Spain where the annual Emancipation Day commemorative procession usually commences. No procession was held today because of COVID-19 regulations.

The site of the Treasury Building is a noteworthy location in the historical account of slavery’s end as well as the declaration of the Emancipation Day holiday.

On August 1st 1834, in front Governor’s House, where Treasury Building now stands, enslaved Africans, who had heard rumblings about their impending freedom waited for the official proclamation with bated breath. Instead, what they heard provoked feelings of anger and disappointment: freedom would not come for another six years.

In his feature address, Dr Rowley appealed to people of African ancestry to “first and foremost, at the personal level, live comfortable in their skin” and to “continue to respect themselves, respect others and not be disrespected by any.”

Dr Rowley also said that he was pleased to deliver on the commitment he made last year that the historic site of the Treasury Building would be marked by an appropriate emblem.

Trinidad and Tobago was the first country in the world to declare a national holiday to commemorate the abolition of slavery in 1985.

Dr Rowley was joined at the event by Minister of Community Development, Culture and the Arts, Dr the Hon Nyan Gadsby-Dolly and Executive Chair of the Emancipation Support Committee of Trinidad and Tobago, Zakiya Uzoma-Wadada. 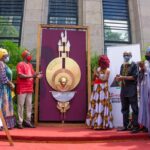