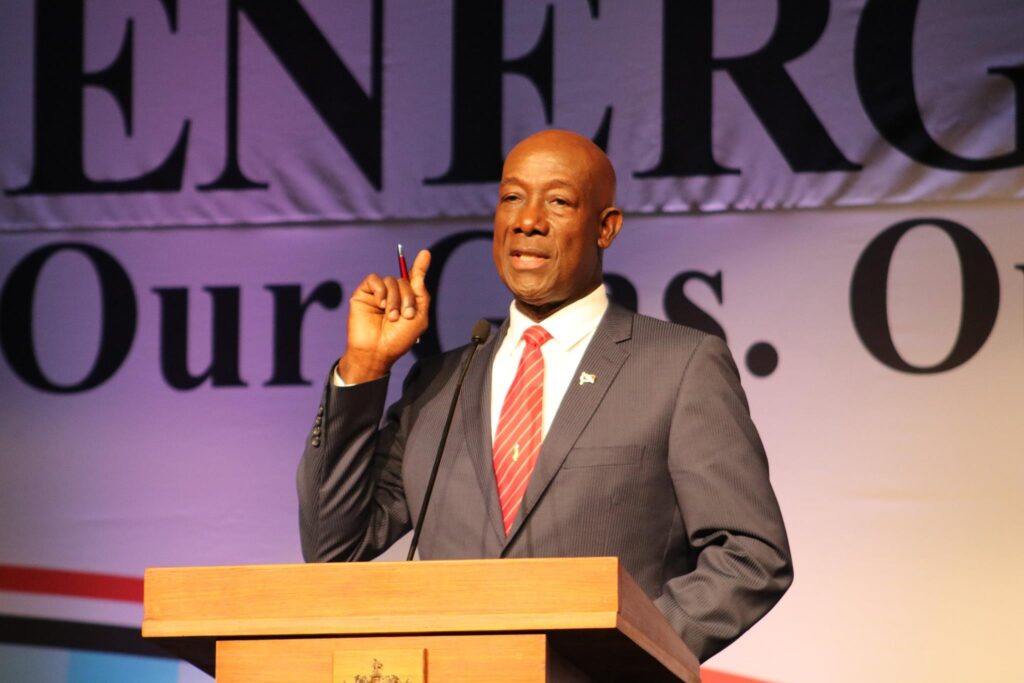 On Trinidad and Tobago’s Quest to Stay in the World Energy Business.

The energy sector remains an essential component of Trinidad and Tobago’s economy. Over the past few decades our natural gas production has been the more significant contributor to our economy between oil and gas. Trinidad and Tobago is recognised as a sophisticated and mature natural gas producer, leading to our valued membership in bodies such as the 20-nation Gas Exporting Countries Forum (GECF), the membership of which lays claim to over 71% of the world’s proven natural gas reserves and 58% of the world’s LNG exports.

As far back as 2014, the alarm bells were ringing to alert us of natural gas supply shortages and curtailment in its availability to industry in Trinidad and Tobago. At that time, in the face of the facts of the situation we were being told then that there was no problem with the supply, and the reductions in supply were only as a result of maintenance works being done, and as soon as that was over, the situation will return to normal levels of adequate supply. Nothing was further from the truth.

Upon assuming office in September 2015, we were immediately faced with a Report on the Energy Sector, done by UK consultants, Poten and Partners. After careful study and analysis of this report by the specialised Cabinet Sub-Committee on Energy, the Cabinet and the producers of the report, it was noted that this comprehensive study submitted that within the operations of existing contracts, there was significant value leakage with respect to LNG revenues over the years.

The new Government took the decision to host a public “Spotlight on Energy” to have open and frank discussions on the energy industry, highlighting our desire to get value for our energy resources, in particular in LNG production. Not surprisingly, the Government was roundly condemned in some quarters for “challenging the sanctity of contracts”. Nonetheless we persevered. I was clear that my mandate, and that of the Government that I led, was to derive better returns for the people of Trinidad and Tobago for our natural gas resources which were being used to produce LNG.

As a result, the Government initiated and, respectfully, began intense and focused discussions and negotiations with BP and Shell, our main producers of gas; they are also the two largest shareholders in Atlantic LNG.

At the same time we assessed the future of the natural gas business for Trinidad and Tobago and concluded that for us to get back to the production rates of 4 bcf (billion cubic feet) per day, (we are currently producing 2.7bcf mainly from mature fields) the proven cross border supplies, would have to be involved as a critical component, the earlier the better.

As a result, the Government immediately set about to negotiate to successful completion with the Government of Venezuela and Shell on this matter. In late August 2018, we signed a historic, unprecedented commercial Term Sheet to produce, transport and process gas from Venezuela’s Dragon field at facilities in Trinidad and Tobago. Unfortunately, global geo-politics have prevented us from implementing this agreement which would have been a welcome additional gas supply for Trinidad and Tobago.

In April 2018, one month after the Government’s Spotlight on Energy, I led a team to meet with both BP and Shell’s leadership teams in London where the decision was taken to establish empowered negotiation teams who were to negotiate:-

(1)    Enhanced value for gas and LNG for Trinidad and Tobago;

Through these initiatives, Government negotiated enhanced value and received over TTD 2.2 billion in 2019 as a direct result of these negotiations. These enhanced value payments that were negotiated have provided us with a total of approximately TTD 3.5 billion, to date and will continue to provide us with more value than had originally been agreed years ago.

In December 2018-January 2019 the Government, with a 10 % shareholding in ALNG Train 1, and the other shareholders agreed to a five-year extension of Train 1, with a new FOB price for LNG from Train 1.

The new negotiated terms held out the prospect for significant new and enhanced value for Government and the NGC from gas to be provided by BP.

Despite BP suffering some significant setbacks with gas production Train 1 functioned throughout 2019 and 2020, albeit at reduced output.

During 2019 and 2020 the Government’s Empowered Negotiating Team engaged in negotiations with BP and Shell and I myself, as Prime Minister, had several intervention meetings with the Executive Leadership of both BP and Shell in London, the Hague, Amsterdam and Houston, at various times during these discussions and negotiations. These contact meetings moved the discussions along, outside the confines of the existing contracts. However, the life of Train 1 was always dependent on a reliable availability of gas and the Government, not having any shareholding in Trains 2 and 3, had to be certain of its death before declaring its funeral. Also, our shareholding in a Train 1 assured us not only of a seat at the negotiating table but allowed us to initiate and drive the discussion on a new shareholding structure involving Trains 2 and 3, in which Trinidad and Tobago will have a stake and one favourable to the people of this country.

We as a Government, and certainly right-thinking people, cannot be the voices to take delight in nor cheer the news that Train 1 is no more. Our job is to make whatever we have in Train 1, equity or relationships, work for the benefit of the people of Trinidad and Tobago. That process is still underway.

In May, 2019 it was agreed with BP and Shell, at the highest levels, that we should look at a new structure for Atlantic LNG and the possibility of a unitised arrangement for the future, keeping Trinidad and Tobago in shareholding even as gas curtailment was signalling a possible end to Train 1. This again, was an unprecedented direction, i.e. to try to negotiate that LNG Trains with separate shareholdings and complex off take commercial contracts for the LNG be restructured into a unitized facility.

These discussions and negotiations along these unique lines have far reaching consequences and possible benefits for Trinidad and Tobago against the background of a current shareholding structure as follows:-

We agreed to open discussions on a new and simplified structure across all trains and there began serious and protracted discussions for the future of Atlantic LNG.

The restructuring of ALNG is unprecedented and necessarily very complex, nevertheless we remain engaged and the work continues with Trinidad and Tobago doing what has to be done at every stage and every level to protect the interest of the people of Trinidad and Tobago and to give ourselves the best possible outcome in these challenging times and situations.

Against this background the teams from Government, NGC, BP and Shell have been in intense discussions and negotiations since the end of 2020, to date, with respect to the restructuring of Atlantic LNG. During our last meetings with BP and Shell in London late last year we set June 2022 as the date by which we will try to conclude these complex negotiations and hope that we can find agreement on the way forward.

Unfortunately, along the way, there have been setbacks with our local gas production which led to continued lower levels of production compared to what had been projected. However, this simply increased our resolve to find more gas from within, at the border, and across the border, in our commitment to remain in the natural gas business for as long as possible, and to make maximum use of our built infrastructure for as long as circumstances permit.

It is in this contextual background, that the Government and the NGC decided to invest in turnarounds and the maintenance of Train 1 in 2021. We took this decision in order to keep our shareholding alive as we negotiated with the other shareholders and also because there was the potential of gas for Train 1 due to the Petrochemical producers declining to offtake gas when commodity prices for methanol and ammonia hit very low levels during the first (Q1) and second quarters (Q2) in 2021. In the sphere of active operations, no one could be certain how long this situation was going to last.

There are many engineering questions with respect to the exact future of Train 1 and its connectivity to Trains 2, 3 and 4 that are still being determined. It is imprudent to  rely on ill-informed speculation and even suspicious commentaries that can affect our ability to successfully negotiate the country’s future in Atlantic LNG as we engage in the unprecedented, highly complex and challenging restructuring of our LNG business. On this score it should be stated, for the hundredth time, that NGC did not spend $400 million dollars on the Train 1. During 2021, a total of USD $32 million ($217m TT) was spent on turnaround and maintenance works in this billion dollar business.

This is also a good time to point out that similar considerations went into our investment in the Beachfield Facility for which there was instant condemnation from “superior expert opinion”. This facility is now announced by agreement between Shell and NGC, to be the receiving facility for the now assured gas from Manatee.

Since hosting the Spotlight on the Energy Sector the Government has kept the population apprised of all our successes and disappointments at every step of the way even as we negotiate and keep the corporate confidential conduct that is a necessary requirement in matters of this nature and you can rest assured that under my leadership this will continue.

As part of the response to international concerns about the detrimental global warming that is taking place we have been encouraged by some local voices to reduce our efforts and reliance on hydrocarbons, mainly gas. We do not agree. We are being chastised by some who offer no real equivalent earning potential in the present to medium term. The government does not have that luxury.

To clearly understand our precarious position one needs to extract the contribution of hydrocarbons to our budgetary process and Parliamentary allocations at this time. Try seeing this in the context of the demand from some quarters that international banks should cease lending money to oil companies as a sure way of smothering the use and growth of the gas business. It is against these narratives and actions that Trinidad and Tobago strongly supports the defence of natural gas as the “Clean Energy”, and promotes its presence in our economy and the international energy mix, in a gas market that is projected to grow in the coming decades.

Our problems are availability, volumes, ownership and markets. It is out of an appreciation of these circumstances and what they mean for Trinidad and Tobago that caused this and the PNM administration of 2015-2020 to focus so steadfastly on major exploration within our borders, negotiations and restructuring of relationships, conclusion of the border-straddling Manatee initiatives, signing of facilitation agreements with Grenada and Barbados for interests within their borders and the historic signing of term sheet with Venezuela to open up ground–breaking access to a proven field (Dragon) within the borders of our closest neighbour.

These initiatives are so crucial to our medium and long term presence in the natural gas business, so important to our economy and quality of life, that the least I can ask of fellow citizens as we make this journey into a sometimes uncertain future, is to try and find it within you to wish us well and May God continue to bless Trinidad and Tobago. 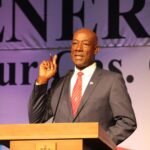