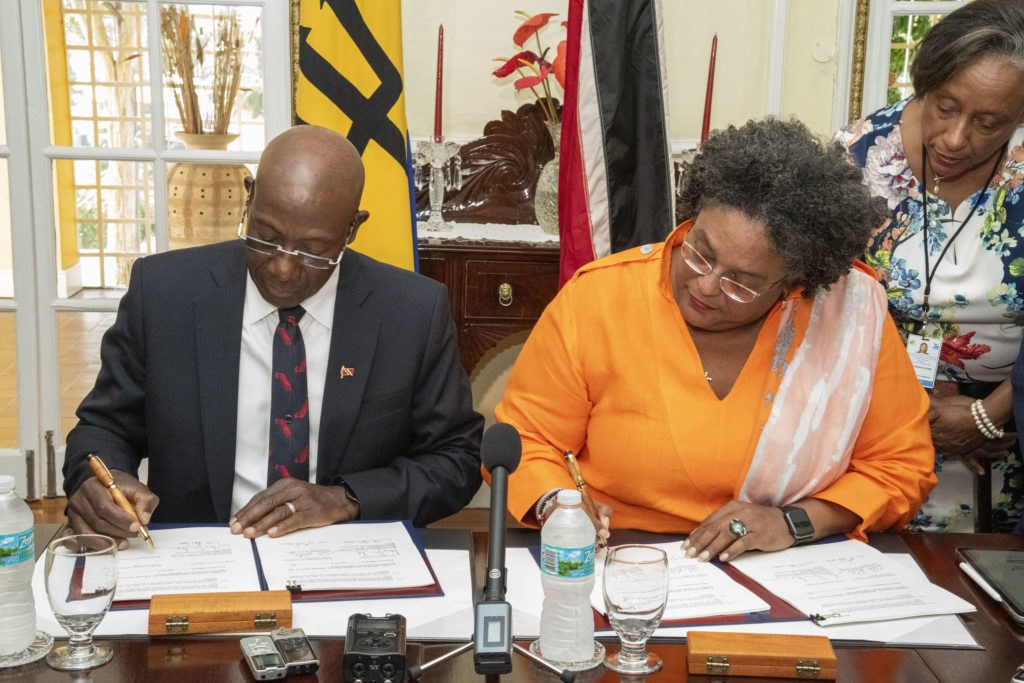 Prime Minister of the Republic of Trinidad and Tobago, Dr the Hon. Keith Rowley and Prime Minister of Barbados, the Hon. Mia Mottley signed a unitization agreement today (Monday 17 February, 2020) in Bridgetown, Barbados.

The agreement will allow for the exploration of hydrocarbon resources which straddle the maritime boundary shared by Trinidad and Tobago and Barbados.

In his remarks to the media after the signing Dr Rowley said, “If we do find hydrocarbons … most likely gas, we have now agreed to operate on a unitized basis. The two countries will work together, designate the operators for such a resource and very quickly we can move towards its exploitation as long as what we have found is commercially viable.”

The Prime Minister added, “Hopefully, this will encourage exploration in the deepwater, which is where we are now looking for the bulk of our future resources. And if we do that, we can accelerate ourselves towards a point where we can monetize at the earliest possible date whatever we may find on this acreage.”

The signing of this unitization agreement is the second phase of a process which began with the signing of a Memorandum of Understanding between the two countries in August 2019.

At that time both Prime Ministers expressed their intention to also begin collaborating on the diplomatic front.

At today’s signing it was announced that Trinidad and Tobago and Barbados have agreed to enter into a Memorandum of Understanding which will allow them to establish joint commissions in several countries in an effort to increase its diplomatic presence.

A High Commissioner appointed based on this model will serve for a period of two years, with both countries sharing the cost of the mission, accommodation and staff. Some of the countries identified for shared missions include Ghana, South Africa, Nigeria, Kenya, South Korea and Abu Dhabi. The joint missions in Ghana and Kenya are expected to be operationalized this year. Dr Rowley said this move was especially necessary given the serious diplomatic initiatives that are on the cards. 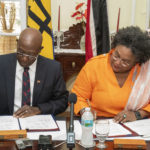