The Heritage and Stabilisation Fund was Created for These Times

Over the last year the Government made two withdrawals from the Heritage and Stabilisation Fund. This became necessary because of a sharp decline in the country’s revenues due to the fall in oil and gas prices.

The fund was created specifically to deal with this type of economic climate. The following Frequently Asked Questions will give you a better understanding of the fund’s purpose and the guidelines governing its use.

What is the Heritage and Stabilisation Fund?

The fund was created by The Heritage and Stabilisation Act, No. 6 of 2007 and was established with effect from March 15, 2007 for the purpose of saving and investing surplus petroleum revenues.

The HSF Act contains a well-defined governance structure, specifies clear rules for transfers to, and withdrawals from, the Fund and incorporates provisions to ensure the highest standards of transparency and accountability in particular defined circumstances.

The Fund is to be invested in a diversified portfolio of financial assets which will be managed so as to yield high risk weighted returns. These returns are then meant to be available to support budgetary expenditures when energy resources and revenues have dwindled.

What is the Purpose of the Heritage and Stabilisation Fund?

(a) Cushion the impact on or sustain public expenditure capacity during periods of revenue downturn whether caused by a fall in prices of crude oil or natural gas;

(b) Generate an alternate stream of income so as to support public expenditure capacity as a result of revenue downturn caused by the depletion of non-renewable petroleum resources; and

What are the Fund’s conditions for deposits and withdrawals?

Sections 13 and 14 of the Act detail the conditions under which excess revenues must be deposited in the Fund.

Withdrawals Section 15 of the Act outlines the conditions under which money may be withdrawn from the Fund. 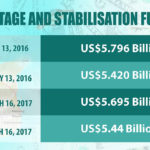 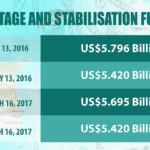