Statement by Prime Minister Dr the Honourable Keith Rowley in the House of Representatives on Friday 12th February, 2021. 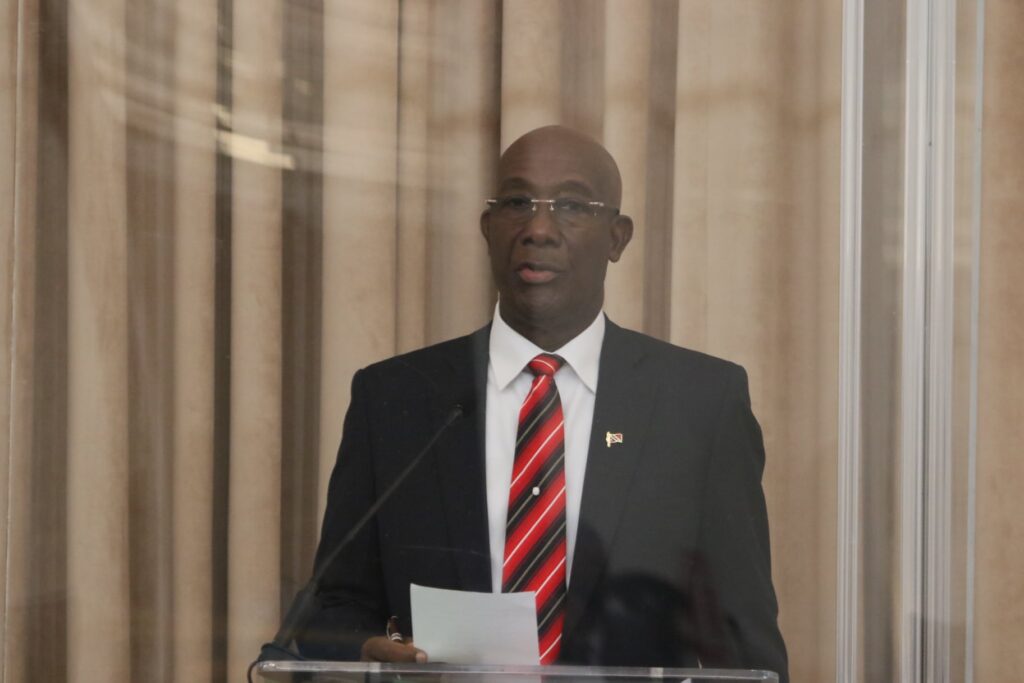 Madam Speaker, with the authority of the Cabinet, I make the following statement on the Tobago House of Assembly (Amendment) Bill, 2021.

Madam Speaker, on the 17th November, 2020, when the Chief Secretary, Ancil Dennis, announced that the Tobago House of Assembly (THA) stood dissolved, very few were anticipating what was on the horizon. What later transpired was constitutionally historical for Tobago and worked, ironically, in some sense, to spotlight the Tobagonian agenda of self-governance.

Madam Speaker, the idea of Tobago autonomy was first championed and articulated by the likes of James Biggart and A. P. T. James. This mission was accelerated by Dr Winston Murray and the indefatigable, the late Honourable ANR Robinson who by 1977 was at the forefront of the agenda. Notwithstanding, it would take a Herculean effort to feign ignorance on the many ways that this constitutional crisis has highlighted the need for review and reform of the Tobago House of Assembly Act and the immediate need for governance of our sister isle.  This Bill, Madam Speaker, is therefore not immediately concerned with the issue of Tobago self-governance but seeks, in the interim, to provide a solution to the current issue faced by the deadlocked THA, the Tobago Parliament and administration after the recent election results.

Madam Speaker, you will recall that the 2021 Tobago House of Assembly (THA) election was held on January 25th 2021.  Twelve (12) members were elected by the people of Tobago. The People’s National Movement (PNM) and the Progressive Democratic Patriots (PDP), two of the parties that contested the election, retained six (6) electoral districts each, creating an unprecedented, deadlocked result.

The intervening two (2) weeks since the announcement of the election results have left the citizenry of Tobago in an undesirable state of constitutional purgatory, awaiting either a legislative or executive resolution to the deadlock.

In its current construct, the Tobago House of Assembly Act, whilst it makes provision for and directs the election a presiding officer, does not cater for what may happen where the elected Assemblymen are split evenly between two parties and neither side is prepared to yield ground to the other.  The legislature must have anticipated that as a possibility and accordingly must be taken to have envisaged that the two parties would collaborate to construct a coalition government, whether by sharing the offices of Presiding Officer, Chief Secretary, Deputy Chief Secretary and Secretaries, or otherwise.

The only instance where provision is made to break any deadlock in the formation of the Assembly is in the appointment of the Chief Secretary and the Deputy Chief Secretary.  The Presiding Officer, once elected,  is given the casting vote where after two attempts there continues to be an equality of votes.  There is no similar mechanism to break any deadlock in the election of the Presiding Officer. Madam Speaker, where a Presiding Officer is not elected, it is impossible to elect the Chief Secretary or to have the Minority Leader appointed, and accordingly, Councillors cannot be appointed. In short, Madam Speaker, in the present situation with the current law in place, the separate pieces of legal advice which I have received indicate that the Assembly cannot be properly constituted.

On January 28th 2021, twelve (12) Assemblymen, as elected, were sworn in but were split evenly between two parties.  No Presiding Officer was thereafter elected by the Assemblymen despite several attempts being made and consequentially no Chief Secretary and Deputy Chief Secretary could have been elected. Further, Madam Speaker, the appointment of a Minority Leader by the President, in the peculiar circumstance of no minority of Assemblymen in a deadlocked 6 – 6 result, was similarly unattainable. No Secretaries can be appointed similarly. As a result, the Assembly, which is currently dissolved post-November 2020, cannot be properly constituted.

Importantly, Madam Speaker, despite the current state of dissolution, Tobago has not remained rudderless. Under the outgoing Assembly, a Chief Secretary and a Deputy Chief Secretary were duly elected by the Assembly.  That enabled the constitution of the Executive Council which comprises the Chief Secretary and the Deputy Chief Secretary and other Secretaries selected from among the Members of the Assembly and appointed by her Excellency the President acting on the advice of the Chief Secretary. By virtue of section 25 of the Act, the Council is responsible for the carrying out of the functions of the Assembly. The Assembly is responsible inter alia for the formulation and implementation of policy in respect of several critical matters set out in the Fifth Schedule of the Act, including finance, agriculture, health services, community development, food production, state lands, Town and Country Planning, infrastructure, telecommunications, highways and roads, amongst other key matters.

Madam Speaker, the palpable question that this Government has to answer, is:

The majority voices of the population of Tobago have called for urgent and immediate resolution of this issue and for it to be treated with utmost priority.

In response, a cacophony of voices has proposed solutions to the deadlock but the Government of Trinidad and Tobago, with the best interest of the Tobagonian have accepted the best available legal advice and has chosen to bring this matter to the Parliament for relief and rectification.

One voice has suggested that the popular vote is the most democratic option. A statement from the Elections and Boundaries Commission (EBC) on January 26th 2021 confirmed that there were 51,062 registered voters and 26,385 votes were cast – a voter turnout of 51.84 %.  Further, one party 13,288 votes and the other received 12,798, with the incumbent party winning the popular vote.

Some voices also suggested the use of Section 92 of the THA standing orders to break the deadlock, ignoring that section 9 of the same standing orders requires the presiding officer to deliberate and decide on this matter. The Presiding Officer, Madam Speaker, must be elected by the Assemblymen pursuant to section 7 of the THA Act, an act requiring, in this unusual deadlocked situation, the concurrence of both parties on a singular nominee. One party has nominated its candidate and the other has nominated its own. To date, there have been three (3) attempts to elect a Presiding Officer and all have remained inconclusive.

Madam Speaker, the Honourable Leader of the Opposition has said:

Madam Speaker, may I remind all, it is with fulsome certainty and righteousness that my colleague from Siparia had advised a former Prime Minister, in a similar deadlock, that the President had no choice but to re-appoint the Incumbent to the office of Prime Minister. We all know how that piece of bad advice worked out.

The Opposition Leader called for the use of the mechanism set out in section 92 of the THA Act where it states: “in any matter not herein provided for, resort shall be had to the usage and practice of the House of Representatives of Trinidad and Tobago…”

This suggestion is contrary to the constitutional advice received by the Government from learned Senior Counsel.

Many other voices have called for fresh elections.

We have given due consideration to all the options and propose that this Bill is constitutionally sound and is the best solution.

In the forty (40) year history of the Tobago House of Assembly there has never been an even share of seats to respective political parties resulting in such a deadlocked election result in Tobago. Further, given that the number of electoral districts is an even one there is the real possibility of the reoccurrence of such a deadlocked result if a fresh poll is taken with the existing twelve (12) electoral districts in the island of Tobago. In this regard, it has been advised that the Act be amended to increase the number of electoral districts to an odd number which will lessen the likelihood of a possible recurrence of a deadlocked result.

Madam Speaker, you will recall that the Constitution (Amendment)(Tobago Self-Government) Bill 2018 (hereinafter the “Tobago Self-Government Bill), which is currently before a Joint Select Committee (JSC) of the Parliament was produced after two (2) years of extensive consultations in Tobago and recommends inter alia the creation of fifteen (15) electoral districts in the island of Tobago. The suggestion that the number of seats be altered is not a unilateral one plucked from the imagination of the Government. It has been founded in extensive discussion and offered for Parliamentary consideration, by the people of Tobago at an earlier time. This reasonable recommendation is currently before the Parliament.

The Government, therefore proposes amendments to the THA Act:

(1)  electoral districts for Tobago; and

(2)  for a new report to be laid by the EBC where the Assembly remains dissolved after a primary election and no Assembly is constituted.

Madam Speaker, I want to give the assurance to all Tobagonians that this Bill proposes the most efficient and viable solution for Tobago in its current dilemma.

This Government will continue to make decisions for the good order and development of Tobago.  We believe in progress for all. We believe that development should be present not just with major milestone laws, but also with progress that you can see and touch. We are putting Tobago in a position that it can now house every single public service.

Madam Speaker, great things are happening in Tobago and there are greater things to come. It is apposite to the best interest of governance that the THA Act be amended with urgency, as this Bill proposes, not only to break the deadlock presently hindering the constitution of the Assembly but to almost certainly eliminate its reoccurrence, so that the business of Tobago can be conducted as the people of Tobago would like it to be done.

Madam Speaker, I thank you. 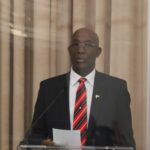