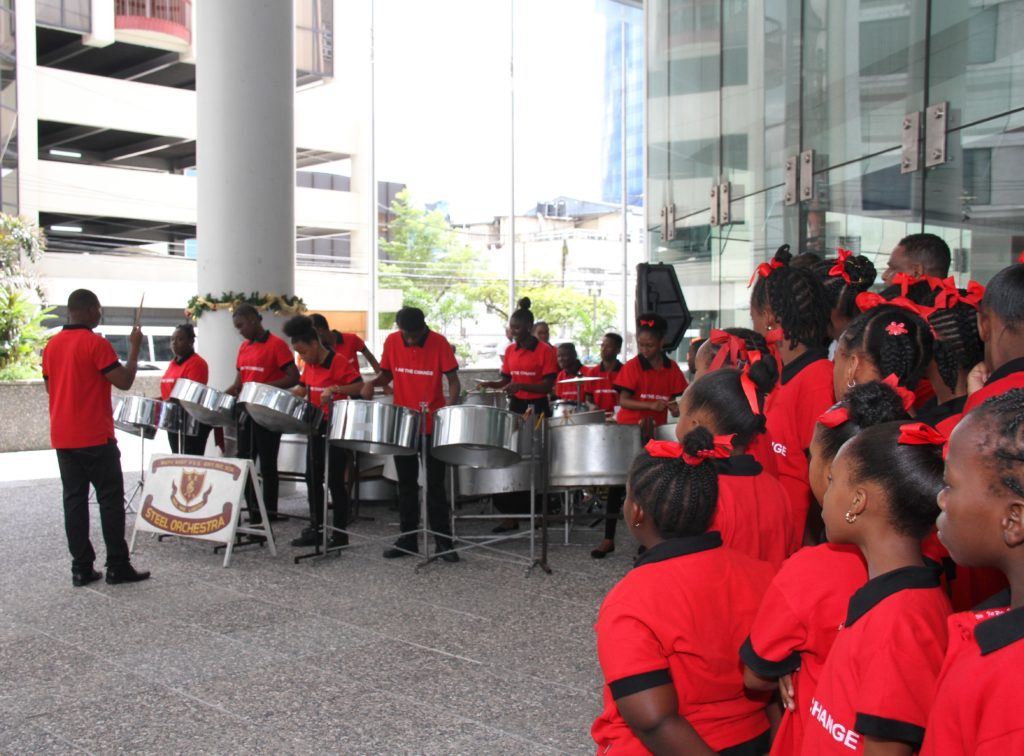 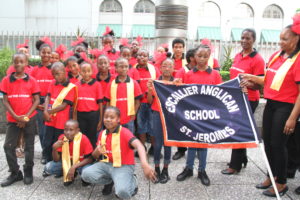 Imagine for a moment the effort required to captivate the attention of a classroom filled with boys. A room packed with animated eight and nine year olds, bursting with energy and easily distracted.

And then imagine what it must be like to keep them focussed on the day’s lesson when just beyond the school’s fence and within their line of sight gunmen are visible. Men openly brandishing weapons running alongside the school with zero regard for their proximity to children or their potential influence on impressionable minds.

Violence and the threat of violence are among several factors that create a uniquely challenging environment for children attending schools in Laventille and environs.

To holistically focus on addressing these challenges Prime Minister Dr the Hon. Keith Rowley launched, just over a year ago, the Schools Improvement Project (SIP) in the Laventille community. Since then considerable progress has been made towards addressing the needs of the schools within this catchment area.

For one school, replacing its perimeter chain link fence with a concrete wall was just one of the many infrastructure improvements realised at their institution as a result of the programme. The construction of the wall as well as the presence of a nearby police post has increased security. It has also afforded teachers the opportunity to teach their classes without unwanted interruptions from the outside.

Principal of Bethlehem Boys RC, SherryAnn Celestine explains that changes to the school’s physical infrastructure are having a positive impact on her children and staff members.

“We have to first create an environment for learning. Where the boys will be inspired to do better and so it was very important for the programme to begin by improving the aesthetics of the school,” Celestine said.

“Safety features were added to make the school OSH compliant. As Principal I have been clamouring for some of these repairs and maintenance works for several years and I am pleased by the progress that I am seeing.”

Another element of the project is Literacy Teacher Training and Development which among other things trains teachers in remedial and cross curricular teaching using visual and performing Arts.

Karen Dalrymple, Principal of Escallier AC, says this was the first time the teachers at her school were exposed to this critical training.

“At our school we have children with varying learning abilities and special needs so the staff needed to be properly equipped to handle this. My teachers are excited for the new term so that we can begin implementing all the new techniques that we have learnt,” Dalrymple said.

Meanwhile over at Bethlehem Boys RC the teachers there have already begun to see the results of their labour. The Principal reports that when they began implementing the literacy programme in one of their Standard 2 classes, only one student met the accepted reading level. At the last testing though, 13 of the 18 boys in the class met the standard.

Celestine said, “This programme also encourages us to challenge the boys to use their talents through the visual and performing arts element and I must say that I was pleasantly surprised to discover that the boys had hidden talent.”

Another important aspect of the programme that has been finding some success at Escallier AC is the Parenting in Education which seeks to establish productive partnerships between home and school and sensitises parents to their role in supporting their children.

Although she would still like to see an increase in parental involvement Dalrymple said she has been receiving positive growth in the numbers of parents participating in the programme.

She said, “We created a focus group where we solicited feedback from parents about the changes they wanted to see at the school. We held a ‘bring your parents to school day’ where we got a chance to interact with parents so that they understand the work we are doing with their children.”

“Our guidance officer is overwhelmed with the number of home visits that she has to make but we are grateful that the parents are open to these interventions.”

The Ministry of Education expects the project to be fully implemented over three years across 20 primary schools and 5 secondary schools.

The objectives of the project are to:

Prime Minister Rowley said in his remarks at the launch of the Programme that the Government believes the programme will emphasise the positives and break the negative cycle. One year in and it is evident that seeds are being sown and have already begun to bear fruit in Laventille. 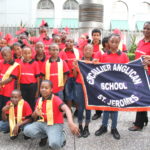 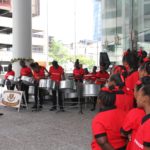