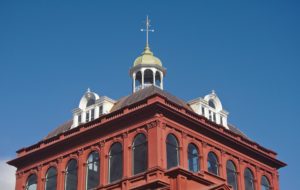 The Red House Building: Our Symbol of Democracy

Constructed in 1844, the Parliament of Trinidad and Tobago opened in the same year that Queen Victoria of England was preparing to celebrate her Diamond Jubilee. The Colonial  Government of Trinidad and Tobago, in recognition of that milestone achievement, coated the Parliament Building in red paint. Thereafter, it was referred to as the Red House.  In 1903 when the Water Riots erupted in Trinidad, the 1844 structure was destroyed. In the period 1904 to 1906, the Red House, as it is known today, was rebuilt.

Under the guidance of the then Speaker of the House, Hector McClean and the then Attorney General, Ramesh Lawrence Maharaj, the rehabilitation works were originally placed within the remit of NIPDEC from 1997-2004. During this time the temporary roof structure for the North Chamber was installed to allow for the continuous sitting of the House.

The South Chamber at that time was in total disrepair and certain parts of the roof and ceiling had collapsed, making that section of the building uninhabitable.

In 2004, UDeCOTT assumed responsibility for the restoration of the Red House Building. In July 2011, seven years later, the Parliament was relocated to Tower D at the Waterfront. This was done in order to begin the complete restoration works. In August 2012, UDeCOTT constructed the temporary roof over the South Chamber to retard further damage to the structure. Up to this point, fifteen (15) years later, the only actual construction work of any significance that had been attempted was the roof replacement which did not progress with any satisfaction and there were issues with the contractor which required legal surrender on advice to the Government from the AG Office. It should be noted Madam Speaker that what exists now on the roof is not rust ( as some would like it to be) but is newly installed high quality copper roofing.)

It is noteworthy that between 2012 and 2015, the project was plagued with numerous delays and legal disputes without any work being done. One contractor even submitted a bill for $38 million but having not laid a slate on the roof.  In addition, the project was delayed for two years due to the discovery and confirmation of the remains of First people’s remains at the Red House this having to be respectfully handled in accordance with UN stated protocols.

On May 11, 2015, UDeCOTT issued a Request for Proposal (RFP), locally and internationally (via newspaper advertisements), for a single General Contractor on the Red House Restoration Project.

Fifteen (15) entities purchased the tender documents but only three (3) entities submitted bids. These entities are as follows:

On review of the submissions, the new PNM Government regarded these tender submissions as exorbitant. UDeCOTT was instructed by the new administration not to proceed with the bids and to utilize alternative affordable solutions to bring the cost down to better value for money.

In addition, UDeCOTT was directed not to proceed with the Companion building which was estimated to cost an additional $303 million. Had the Government proceeded with what was before it, this would have meant that the total budgeted cost of the Red House Project being pursued at UDECOTT,  would have been approximately  $1 billion; ($653m to $776 million for the Red House building along with another $300 million plus for the Companion building.)

In the face of this impending disaster the Cabinet agreed to the formation of a Sub Committee of the Cabinet, chaired by the

to take direct control of the assignment to rectify the situation and bring about the complete restoration of a group of Heritage Buildings.

On February 3, 2016, UDeCOTT met with the Ministerial Sub Committee, headed by the Prime Minister who advised UDeCOTT of the following:

In light of these instructions, UDeCOTT put an end to the procurement process for a General Contractor for the restoration of the Red House.

The Client, the Office of the Prime Minister, via a letter dated August 11, 2016 further instructed UDeCOTT to execute the packages by the Cost-Plus Pricing method. In carrying out these instructions UDeCOTT, instead of awarding the entire project to one contractor, broke the project up into a series of twenty-two components of work which were tendered separately. This provided huge logistical and project management challenges but the new Board and improved management embarked upon it with confidence and overcame them with flying colours, for which we must thank them all. I do so now, on behalf of a grateful nation.

The following depicts the breakdown of the 22 packages for Restoration and Construction works at the Red House Building inclusive of costs.

Subsequent to the internal demolition works at the Red House, UDeCOTT proceeded to excavate and construct at basement level in the Red House to create rooms for the Plant and Equipment. UDeCOTT surveyed the roof, restored and rebuilt the roof with timber and slate. The external render of the building showed significant deterioration and required the loose material to be chipped out and replaced. The Project also included the supply and installation of timber floors and new ceiling.

In addition to the restoration of this historic building, the Red House underwent seismic retrofitting to bring the building to code. The upgrades to the restored building include but are not limited to;

Further to the previously mentioned upgrades, two (2) Chambers, one for the Lower House and one for the Upper House (Senate) were created. The new seating arrangement in both Houses will now accommodate 60 members per Chamber.

It is noteworthy that 21 Contractors are local firms, operated and owned by the citizens of the Republic of Trinidad and Tobago.  The Red House Restoration Project has employed approximately 3000 persons which include architects, engineers, surveyors, carpenters, plumbers, electricians, masons and non-skilled labour.

Approximately $185 Million was remunerated in wages, salaries and consultancy fees.

This project has contributed to the transfer of knowledge with respect to specialized skills such as:

In summary it is important to note that by changing course and changing the method of project management, UDeCOTT and the Parliament staff, under the firm and decisive direction and guidance of a Cabinet Sub Committee, in forty-four (44) months, from tender process to awards to completion, the Red House project has been finally completed at a cost savings of approximately $600 million less than the previous pathway.

The details of the expenditure are secured at UDeCOTT and are available for internal audit. Additionally, in order to make sure that the public is not distressed by misinformation and hidden agendas I have today instructed the Ministry of Finance to have the Central Audit Department conduct a necessary examination of this project and prepare any necessary report.

Finally Madam Speaker, now that we have returned Parliament from temporary accommodation at the Waterfront Towers, we leave behind approximately 166,000 sq.ft. of useable space. As has already been announced by the Government, a major part of our crime fighting, crime suppression and acceleration of civil and criminal justice proceedings will involve the immediate use of much of this space and others.

The space released by the Parliament at Tower D at the Waterfront is to be used by the Judiciary. Tenders for the outfitting for the Judiciary have already been invited and close on February 2020 and these works are currently estimated to take twelve (12) weeks to complete. It is anticipated that by May 2020 the Civil Courts of the Judiciary will commence occupying Tower D.

This far reaching development will see 32 Chambers for Judges and Masters. This move of the Civil Courts will also free up for use at the Hall of Justice 40 Courtrooms, 24 hearing rooms and 5 Mediation rooms. This massive shift could only have serious positive effects on the dispensing of justice across the nation.

Additionally, given the expansion of the Judicial system the Cabinet has already approved 357 new job positions to populate the Criminal Division which will expand its reach and effectiveness at the Hall of Justice.

Madam Speaker, we are a blessed people but amongst our blessings are many problems of one kind or another. What this Red House project should teach us is that it is not enough to just talk about them and believe that they cannot be solved. It teaches us that there are good options available. All we have to do is choose good options and get on with it. Here, Madam Speaker we have done it, let’s get on with the rest of it. 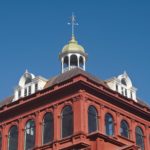