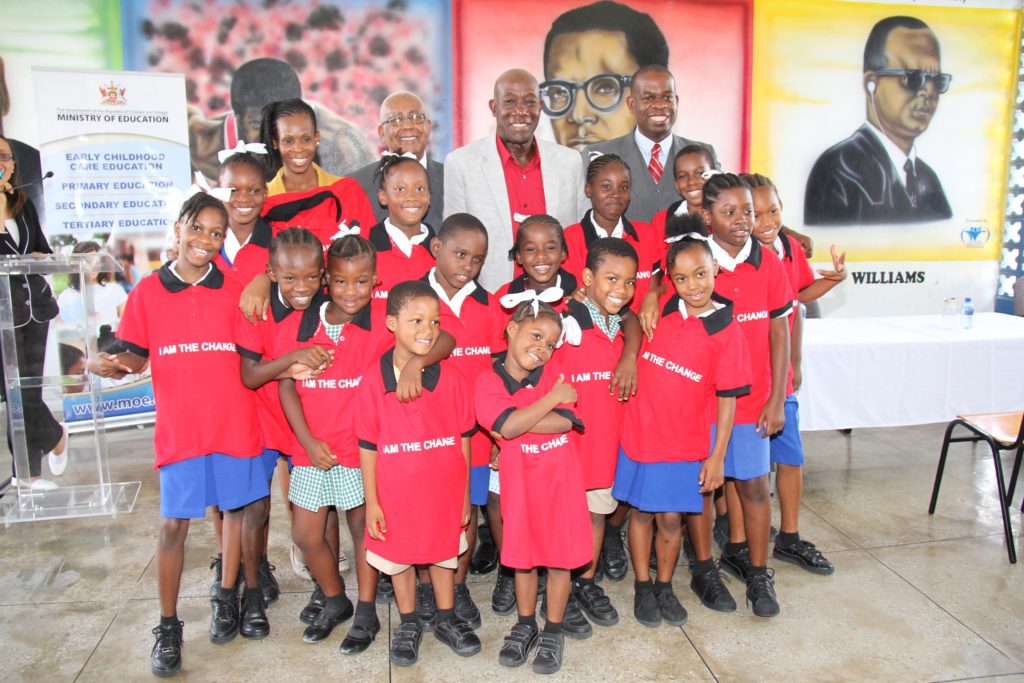 The visit was a follow up on the School Improvement Project (SIP) which was launched by the Ministry of Education previously.

The project comprises of 25 schools in the Laventille/Morvant area which are considered to be at-risk. This consists of 20 Primary Schools and 5 Secondary Schools. The project focuses on improving infrastructure, aesthetics, literacy, teacher training and development. The overall reduction of violence and indiscipline also form part of the focus of the program.

Prime Minister Dr. the Honourable Keith Rowley delivered the feature address at today’s event and noted that he was pleased to finally be able to keep the commitment he made to the boys and girls at the Grand Stand of the Queen’s Park Savannah, last year and share more time with them. He also expressed his belief that the students are some of the best the country has to work with and offer.

Dr. Rowley displayed one of the T- shirts Being presented to the students. The text printed on the T-shirt reads “I AM THE CHANGE”.

The Prime Minister congratulated the teachers and the principal of St. Barb’s Government Primary School for the efforts they are making in a very difficult environment. Dr. Rowley also highlighted the need of parents to join the Parent Teacher Association at schools.

Furthermore, the Prime Minister stated that the aim of the government is to focus on students at the primary school level and that the Movant/Laventille initiative is an opportunity for parents and the community to take a more concentrated interest in the wellbeing of the children. Interventions were made in the school programme.

The Prime Minister and the Minister of Education then distributed the T-shirts to the student of St. Barb’s Government Primary School. 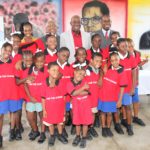