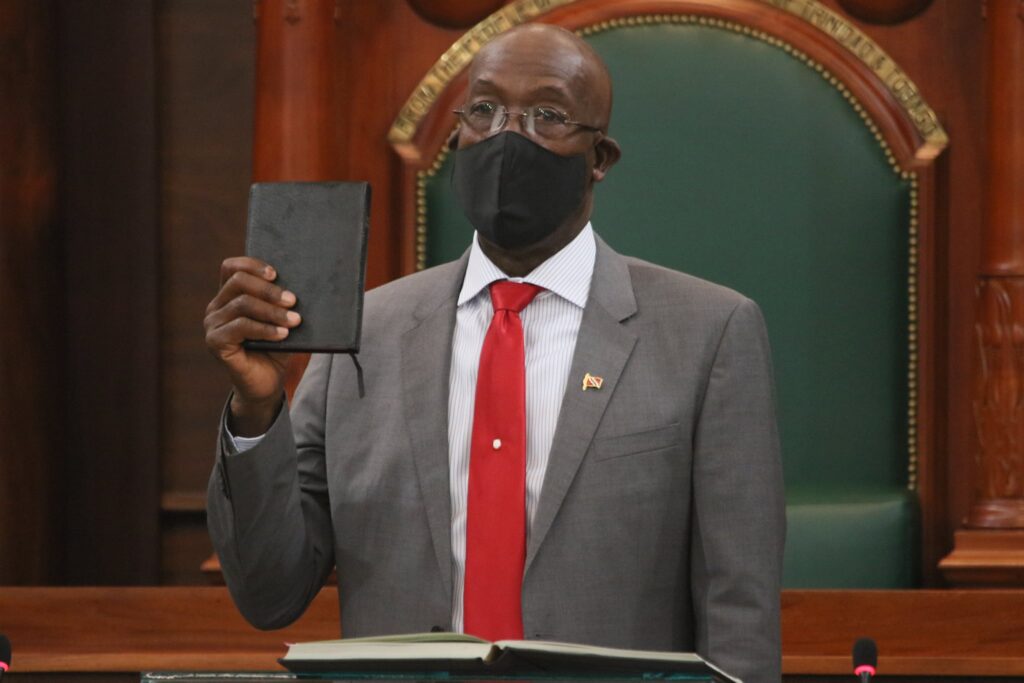 When this country became a Republic in 1976 it was a proud, elevating moment in the lives of all citizens. The meeting of the first Parliament, under the new Republican constitution, meant for us that this country was de-linking much of its colonial past and establishing its sovereignty in the international community.

To this day, the Constitution does not ring hollow. It demands that the government of Trinidad and Tobago conduct the affairs of state on the principles and the practice of Parliamentary democracy and the rule of law.

My government has maintained what is seen as its accompanying values of integrity, morality, equality and the State, as a benevolent, “caring Mother”. In the international community, we have conducted ourselves, as a partner, respectful to all, inferior to none, holding firmly to the principles of the United Nations, including the non-interference in the internal affairs of other states.

In the main, our citizens have all shown that they are particularly vigilant and duty-bound in protecting our democracy. For instance, any signs of violations of individual rights, freedoms or arbitrary power are referred to the judicial guardrails of our democracy for resolution.

As a society, we have shown that we recognise the values of both competition and cooperation. However, in recent times, there are increased outpourings of competition, with the obvious objectives of advancing individual and group interests, rather than promoting the national good.  But it is proven historically that while such rivalry may advance sectional interests, ultimately, they may not serve the collective good.

This may be one indicator that our democracy is not in danger, but at this time Trinidad and Tobago is facing many challenges. When my government took office in 2015, it was confronted with the collapse of global oil and gas prices. However, faced with such challenges our citizens showed their patience and resilience.

At the start of this year, we faced another collapse in the international energy market. Simply put, it means that this country has less revenue to meet its citizens’ needs, and some expectations may not be met in the near term.

The Covid-19 pandemic later created a second shock. There should be no comfort in the fact that statistically the virus has infected less than one percent of our population, because, in the face of public health regulations and warnings, its causalities keep mounting, and damaging economic disruptions continue across every aspect of our daily lives.

These dual shocks may cause our horizon to appear blurred, but not gloomy. Recently, I indicated that our energy sector is still very much alive. In spite of the hype and the headlines given to economic “doomsters”, Trinidad and Tobago, one of the world’s oldest oil producers, continues to push its productive boundaries.

While they predict the end of our energy fortunes, we see favourable, medium-long term projections in the international hydrocarbon market and this country intends to re-engineer its industries to be part of it.

In addition, we are taking note of the Road to Recovery Team’s recommendations on economic alternatives which we intend to pursue.

Our Minister of Finance told the country of a $13 Billion deficit — a hole created by the two shocks. In the face of these “ill-winds” the State has been very supportive. It has provided grants of salary relief, income support, rent relief, and distributed food cards and fresh food. It also accelerated Income Tax and VAT refunds. I maintain that “No one should be left behind”.  The Finance Minister will speak further in the coming national Budget.

The Government will continue to lead this charge presenting a robust legislative agenda to Parliament. At the same time, we are paying attention to our youth, seeking to cultivate their individual and collective responsibility through the recently introduced Ministry of Youth and National Service, and we are laying the groundwork for aggressive reforms in the Education system.

The nation’s founding father, Dr Eric Williams once warned that indiscipline, whether individual or sectional, is a threat to democracy because it jeopardises the national income, inflates costs, and sets a poor example.

We are a multi-racial people, brought here by European powers, who thought little of our humanity. One English historian wrote that the Africans slaves arrived here “spiritually as well as physically naked” possessing only “childlike spiritual institution”.

Our own, V.S. Naipaul also wrote about East Indians coming out of a culture of “defeat and stagnation”, “intellectual deficiencies” and an “archaic civilisation”. Today, all races, First Peoples, immigrants from China, Syria, Lebanon, and our sister islands have created, with all its imperfections, a great nation, which we all can call ours. We may live separate lives, but we are all inseparably united. Let us all acknowledge these truths but work assiduously to overcome all challenges as we accept the responsibility to build this nation that we have been so lucky to inherit.

Some citizens may hold feelings that the Republic is at a crossroad, but it has survived previous difficulties.  Let us all celebrate what we have borrowed, adapted and now share with each other — our dress, food, music, worship, our language, etc – and that unquestionably, unique personality we identify as Trini and Gonian. Patriotic and proud!

Great is our Republic, and may God continue to Bless this land and all who claim it as their inheritance and their home. 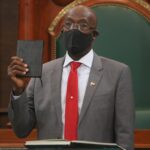