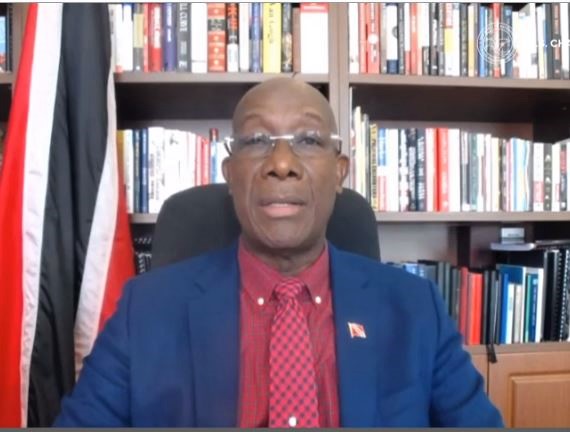 Thank you very much for your kind invitation to speak at this important event, Forecast on Latin America and the Caribbean. The Trinidad and Tobago Chapter of the American Chamber of Commerce has been an important stakeholder in our country over the years through direct investments of its member companies and more generally its contribution to our economic and social life. I am sure that this can be said for the other American Chambers that could be found throughout Latin America and the Caribbean. It is to be noted that American Chambers exist in 28 of the 33 countries of our region.

I am particularly pleased to address so many representatives of Latin American countries as over many years Trinidad and Tobago has  consistently sought and maintain  closer links with our neighbours in the region. I recall our involvement in the now defunct Free Trade Area of the Americas, and more recently, our free trade agreements with, among others, the Dominican Republic, Chile, Panama as well as our partial scope with Costa Rica.

The United States remains one of Trinidad and Tobago’s main trading partners. The US absorbs roughly 35 percent of our total exports and provides some 30 per cent of our imports of goods. While imports from the US are quite varied, with machinery and transport representing the largest segment, our exports to the United States tend to come from the petrochemical sector (LNG, methanol, ammonia and urea). Some of our other exports have for several decades benefitted from the preferential trading arrangements under the Caribbean Basin Initiative (CBI). The most recent report by the US Trade Representative indicate that since 2005, Trinidad and Tobago has been the main beneficiary of the CBI programme. At this juncture let me thank the United States Government for the recent extension of the Caribbean Basin Trade Partnership Act (CBTPA) which will now take us to 2030. This action will in no small measure help to bolster the continued strong trading relationship between our countries.

This conference labelled, Forecast on Latin America and the Caribbean, has been held for over the last five decades. Over this time your grouping would have had to consult on a multitude of circumstances, economic and otherwise, which required the focused attention and expertise of your membership. However, I can be reasonably confident that the circumstances which we face today, not only as a region, but as a global community, are amongst the most challenging that we have encountered.

Just over nine months ago, the global community awoke to the COVID-19 virus on our doorsteps. Since then, this global scourge has affected over 35 million people, taking the lives of just over 1 million persons to date. In addition, the livelihoods of millions have been severely affected through temporary and permanent business closures, job furloughs and unemployment. We take note of the fact that The International Monetary Fund has estimated that the global economy is projected to be  4.9 per cent in 2020, which contrasts an earlier forecast for growth of 3.3 percent before the onset of the pandemic. As could be expected, Trinidad and Tobago is also impacted. Today I will tell you about the state of our economy in the context of the COVID-19 pandemic, and a bit about the Government’s response and about the outlook for the future relationship with the United States of America.

Before the onset of the pandemic the Trinidad and Tobago economy had been on a slow recovery path after suffering significant disruption due to the collapse in oil and natural gas prices since 2015. Economic growth was expected to record a small improvement by 2021. As a result of the pandemic, the economy is anticipated now to contract by 6.8 per cent this year.

After the country recorded its first case of the pandemic in March 2020, the Government immediately took firm measures to ensure the safety and health of our population. We closed our borders on March 22, temporarily halted the conduct of non-essential services and implemented physical distancing requirements, all in an effort to prevent the importation and spread of the virus. Additional measures were implemented as we learned more about the virus, all with the objective of safeguarding the population.

Even before these measures were implemented, COVID-19 was having a negative effect on our economy as global demand and travel decline sharply resulting in slumping energy commodity prices. As a primarily energy-producing economy, Trinidad and Tobago felt the impact of reduced oil and natural gas prices. The Central Bank’s Energy Commodity Prices Index (ECPI), which is an indicator of the average prices of Trinidad and Tobago’s energy exports, declined 31.8 per cent (year-on-year) during the first seven months of 2020. The benchmark which we use  West Texas Intermediate (WTI) that oil price fell 34.7 per cent (year-on-year) to an average of US$37.44 per barrel over the first seven months of the year while the Henry Hub (HH) natural gas price declined by 33.0 per cent (year-on-year) to average US$1.80 per million British Thermal Units (mmbtu) over the same period.

The challenges of the energy sector had some important implications in slowing the inflows of foreign currency into the domestic market. Purchases or conversions of foreign exchange in the market fell substantially in the first eight months of the year, by some 18.2 per cent. This resulted in some tightness in the foreign exchange market.

As can be expected, the significant disruption experienced by businesses was reflected in the labour market. The national ‘Stay-at-Home’ public health measure, along with the slackening of global and domestic demand, contributed to labour market adjustments: many employees (particularly in the services sector) were furloughed or laid off, salaries were reduced and working hours cut in some instances, particularly in the private sector. There was a sharp falloff in demand for labour, and job advertisements in the print media declined by 43.4 per cent (year-on-year) during the first half of 2020. In the midst of the dramatic turn of events, however, domestic inflation remained low in the early months of 2020. Headline inflation measured 0.4 per cent in March 2020.

Another consequence of the COVID-19 phenomenon was the significant negative impact on Central Government operations. With falling energy prices and exports, government’s tax take from the sector understandably fell, while on the other hand, expenditures were increased both beyond originally programmed levels to provide support to the economy and citizens. The result was a burgeoning budget deficit: before COVID-19 the budget deficit for 2020 was anticipated to be $5.3 billion or 3.4 percent of GDP. With the collapse in oil and gas price and the revenues associated with that the context of the new pandemic-related expenditure, this is now anticipated to be $16.8 billion (TT Dollars) or around 11 percent of GDP for fiscal 2020. This is indeed a large change and required the Government to find additional financing, partly from borrowing, which led to higher indebtedness. We tapped the local capital market as well as international and multilateral institutions such as the Development Bank of Latin America, the World Bank and the Inter-American Development Bank. We were also able to successfully launch a US$500 million bond on the international market. These borrowings have resulted in our debt to GDP ratio reaching 79.8 per cent as at July 2020 from 65 per cent at the start of the year. However, we were fortunate to be able to draw from our Heritage and Stabilisation Fund the sum of US$900 million, which significantly obviated the need for further debt financing.

I can say Trinidad and Tobago our economic relations evolve under these challenging economic conditions. The recent passage of the United States-Caribbean Basin Trade Partnership Act (CBTPA) in the US Senate, extends the duty and quota-free access of products from the region to 2030. Trinidad and Tobago, as one of the eight CBTPA-eligible countries, intends to access the preferential tariff treatment afforded by this Act to support the Government of Trinidad and Tobago’s plans to double manufacturing output by 2024. The extension of the agreement to include textile and apparel products assembled from US fabric would also be an important fillip to develop the export potential of the local fashion industry.

Even though Trinidad and Tobago has accelerated its emphasis on economic diversification, we continue to work assiduously to ensure the country’s footprint in global energy markets and that remains secure. During the previous term of this Government, I met directly with the oil and gas majors in Houston, Texas. These engagements helped to concretise medium-term investments in the domestic energy sector as well as progress dialogue on outstanding contractual agreements. It is anticipated that energy sector activity will ramp up in 2022 following the coming on stream of a few significant projects. As such, opportunities exist for US energy services companies to participate, especially as we venture further into deep water horizons. We also intend to revisit the fiscal regime governing the petroleum sector to ensure that Trinidad and Tobago remains an attractive investment.

The budget which was presented last Monday contains some significant adjustments of our Supplemental Petroleum Tax which should be attractive to especially those small operators onshore and on small fields in Trinidad.

Enhancing connectivity in all its forms is a necessary prerequisite to support the upcoming renaissance of the domestic energy sector. In this regard, in September 2020 Caribbean Airlines – our national air carrier – received approval from the United States Department of Transportation to fly the Port of Spain/Houston route. While the ongoing COVID-19 pandemic may delay the projected commencement of flights, the addition of the Houston route is expected to bolster productivity by providing a fast and reliable service to our energy sector professionals.

Finally, and perhaps most significantly, the Government of Trinidad and Tobago has embarked upon an expansive and ambitious digitalisation drive as we move towards development of the digital economy. Our intention is to, as far as possible, migrate public service delivery to electronic platforms through a proposed e-Governance ecosystem. This will undoubtedly require significant technical assistance. The US, as a major tech hub and traditionally Trinidad and Tobago’s largest bilateral trade partner in Telecommunications, Computer and Information Services, is well poised to provide assistance. Relatedly, through the establishment of a Tech Investment Fund and the proposed Tech Promotions and Development Company, we intend to incentivise the private sector to more aggressively enter the tech sphere. To facilitate tech start-ups and new tech business, we have also provided the appropriate fiscal incentives, primarily in the form of tax credits.

Thank you for your attention and best wishes for the remainder of this conference. 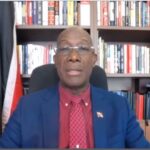