Prime Minister’s Message to the Nation on the Occasion of Spiritual Shouter Baptist Liberation Day 2021. 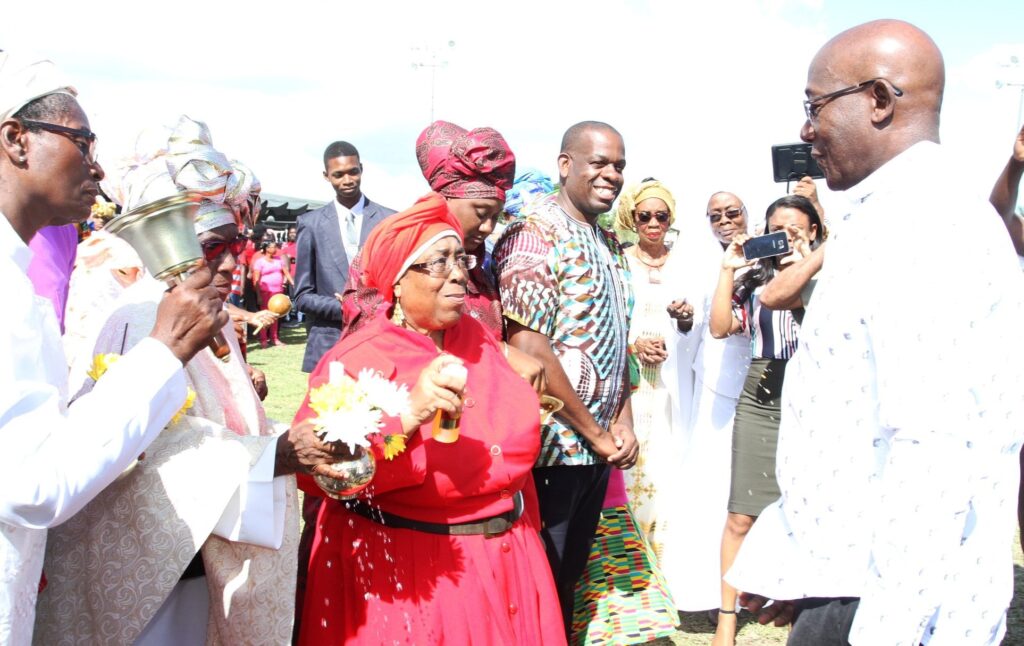 It is indeed a glorious day as members of the Spiritual/Shouter Baptist community reflect in their homes and in small groups, as they celebrate what is a culture of resourcefulness.

As an indigenous religion which comprises a mixture of African and Christian traditions, the faith though deemed illegal from 1917 to 1951, continues to flourish.

This is by no means luck, but by sheer determination of its flock, which found surreptitious means of pushing forward, evangelising and unifying its membership, during the prohibition.

The community’s first attempt at becoming a united faith was spearheaded by Archbishop Elton George Griffith, who formed the West Indian Evangelical Spiritual Baptist Faith in 1940.

It was also Archbishop Griffith who fought for more than three decades for the repeal of the Shouter Prohibition Ordinance.

Over the past several decades, the community has won various struggles, becoming what is now an organisation which can stand, in many ways, alongside the centuries-old, traditional religions.

Its membership has been described as progressive, cohesive and growing not just in Trinidad and Tobago but in the Caribbean region, North America and even as far as Europe.

It is significant that in this country there are many citizens who are proud to be numbered among the Spiritual/Shouter Baptist’s flock.

The community can claim that it continues to carve out a space in Trinidad and Tobago’s society and is making significant strides abroad.

This year’s celebration marks the 25th year that the country is celebrating the Spiritual/Shouter Baptist Liberation Day as a public holiday.

We should all acknowledge a community, once ridiculed, and persecuted and one that persisted because of the enduring faith of its membership.  It is a community that now stands as a recognised national stakeholder, and whose practices are part of the uplifting cultural expressions of our nation.

These are unprecedented times in this country and the world — the COVID-19 pandemic, lingering economic uncertainty and socio-psychological issues are gripping the world but the vibrancy and the deeply abiding faith of the Spiritual/Shouter Baptists give us hope that we can rely on local ingenuity as the foundation of a brighter future.

In the midst of all of these troubling situations, the Government continues to steer the “Good ship, Trinidad and Tobago” towards a safe port.

In this context, I challenge citizens who, are physically, emotionally and financially-strong to reach out in whatever way they can, to the vulnerable among us.

I also urge every citizen as you turn inwardly to your religious beliefs, observe the tenacity of the Spiritual/Shouter Baptist Community, seeing its members as exemplars, as this country pushes forward.

I fully understand that this continues to be a difficult period for each of us, in one way or the other. Some have lost jobs, income, and property, others lost family and friends, but we must continue to have faith just as the Spiritual/Shouter Baptist community did, during a prolonged prohibition on their freedom to worship.

As citizens all, let us today recognise the nation-building contributions of the Spiritual/Shouter Baptists and their insistence on their freedom to celebrate their religion and their country.

Let us, as we all struggle in these exceptionally uncertain times, search to find ways to work collectively for a better tomorrow for Trinidad and Tobago.

“Lord put a sword in our hand, help us to use it well.”

Have a celebratory day but remember the requirements to stay safe during these Covid-19 pandemic times. 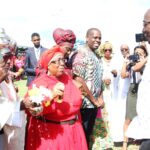