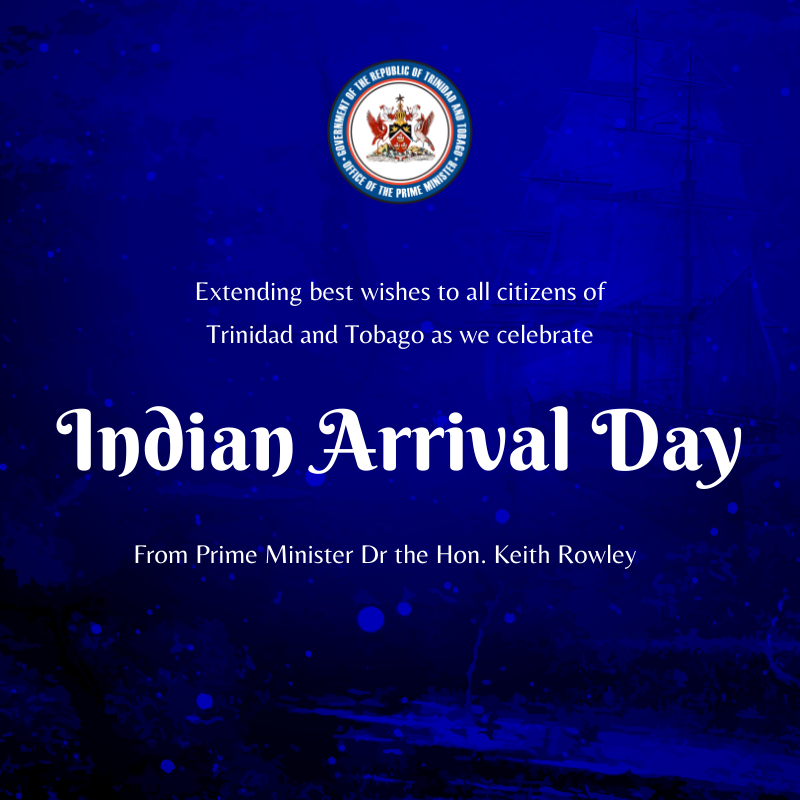 Fellow Citizens, I extend warm and sincere Greetings to the East Indian community, as we celebrate the one hundred and seventy-seventh anniversary of the arrival of the first indentured immigrants to what was then the British colony of Trinidad.

My Greetings are extended officially on behalf of the Government and people of the Republic of Trinidad and Tobago, and members of my family.

Personally, every year I greet this occasion with a reflection on the experiences of those first indentures, thinking about what may have been in their minds – their fears, trepidations, regrets, or their expectancy and hopes for a new life — as they disembarked in 1845, after a three-month journey on the “S.S. Fatel Razack”.

Since then, the world has evolved radically, in profound ways, from that colonial period to the future-smart, future-ready world of the 21st century, which is now being defined by such junctures as Pre Covid-19, and a Post-pandemic era with unfolding psycho-social effects.

Some analysts are painting a bleak picture of that immediate future.  Looking at global challenges, they are holding out predictions of impending worldwide inflation, more food shortages, unsteady supply-chain situations, heightened fuel and energy prices, deteriorating climate changes, and a lengthening of the Russia-Ukraine war – the effects of which could reach the lunch plate of the average Trinbagonian family, eventually.

This is in addition to the other challenges of crime, violence, human, drugs, arms, and ammunition trafficking in almost every part of the world.

We, in Trinidad and Tobago, are a dynamic plural society which is praised for its diversity of people and their tolerance.  There is more we can continue to boast about. We can say that, despite our differences, we have maintained institutions of political liberty, and continue to work towards social equality and racial fraternity.

I stand, strongly, in defence of the late Prime Minister against any distortion of history. Dr Williams is on record back in January 1955, stating: “Every step in the education of Indians is a step in the production of that well-informed body of citizens… on which democracy depends.”

On another occasion, Dr Williams urged all citizens to translate the National Anthem into a code of everyday behaviour, so we all could make this country a place where every creed and race could find an equal place.

Today, the whole country acknowledges the cultural and religious differences of the Indian community, and more so its contribution and rightful presence in Trinidad and Tobago.

The population recognises the “toil and sweat” of the indentures in the early years and continues to admire the work ethic, thrift, and varied traditions of the entire community– all of which have added to the greatness of our nation.

A new world is being birthed out of our Covid-19 experience.  As citizens, we must prepare ourselves, with the understanding that this nation cannot confront the coming challenges with divisiveness, and misinformation, designed to create political mischief and fears.

We are, however, a resilient people, who have overcome obstacles and blockages in the past, as such I have no doubt that citizens will not allow any disruption or destruction of our social fabric.

We are a creative people, with a love for beauty and truth, and I believe that citizens, recognising their responsibilities, will confront this new world with their inner strength, elation and buoyancy.

Fellow citizens, let us all have a celebratory Indian Arrival Day. 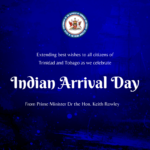