Prime Minister’s Message on the Occasion of Easter 2022 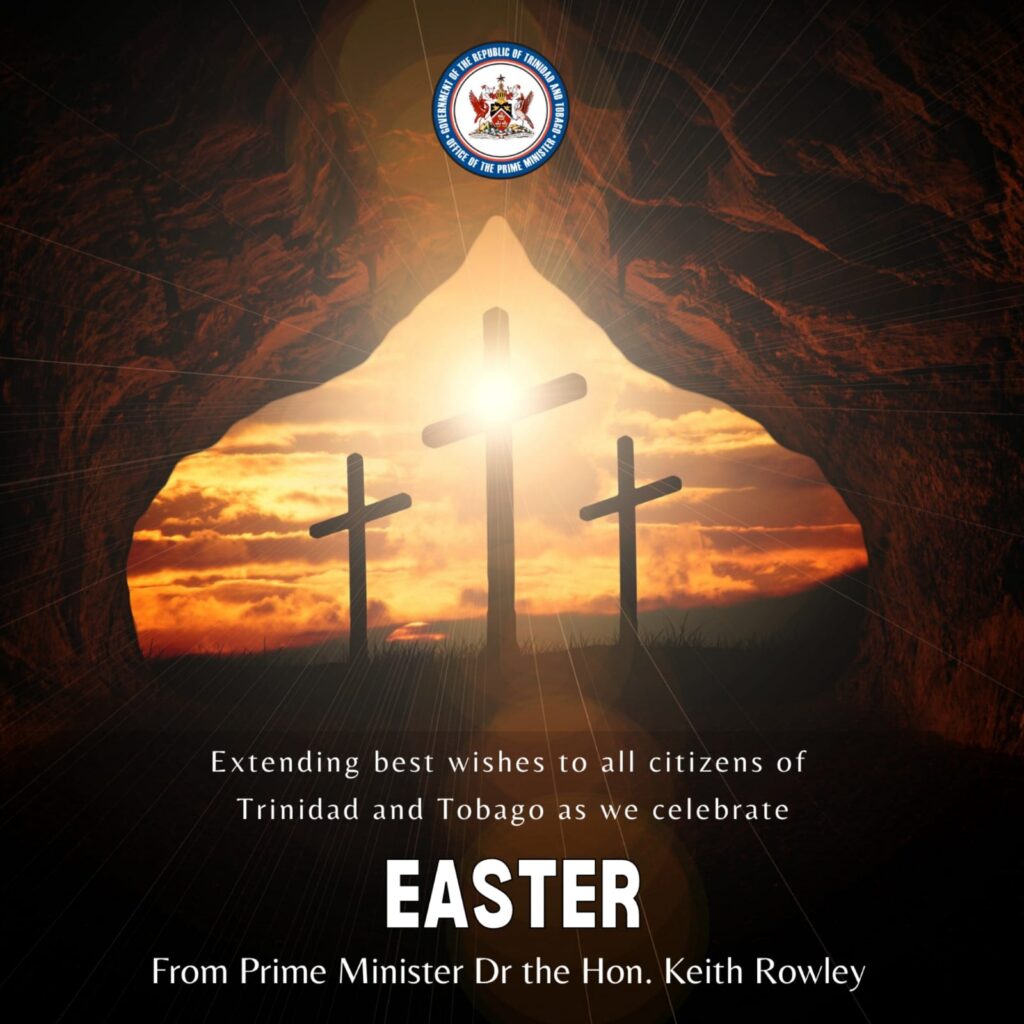 I reach out to the Christian community to extend Greetings on behalf of the Government of the Republic, my family and myself as Prime Minister.

Easter is one of the most glorious periods among the Christian community.

For this community, it is a celebration of the resurrection of Jesus Christ, and a time for the renewal of faith, in his message of love, hope, compassion and forgiveness.

While we celebrate now with both the Christian community, alongside our Muslim brothers, who are observing the Holy Month of Ramadan, we must recognise that there are philosophical complications, throughout the world.

It is a time when faith in God is being questioned; worldwide, millions are questioning the mysteries of God, many saying that the age of faith is over, and Belief is being challenged by “Unbelief” and substitution.

Some are asking how could a benign and caring God, watch from on high, at the current suffering during war in Ukraine, the ongoing conflicts in Syria, Myanmar, The Congo, Yemen, Palestine and the famine in East Africa in which millions of innocent lives are severely affected?

With the breakthroughs in 21st Century science, they say that humans are developing new skills and capabilities, from which there is confidence that they could change the nature and speed of events.

As such some think that there is no room for God in our daily lives, and, for them, the belief in an Almighty has been just fiction.

Their questions, their arguments abound. What then is the reality? Science continues to evolve, speaking not of absolutes, but of “evidence of probability”, because every breakthrough confronts another mystery of the universe.

So, there appears to be a Great Divide of belief in a living God, and alternatively, people living lives in which God is absent.

To disconnect from God’s spirit is to fall by the wayside of life, slipping into a life of compounding fears, mistrust, frustration, despair, depression, violence, suicide and being trapped in an existence of permanent dissatisfaction.

Citizens, to truly live a fulfilling and meaningful life we must turn to the messages common to all religions, that of love, hope, compassion and forgiveness, which is what the Christian community is renewing at this time.

This requires an acknowledgement that man is just another species, one in search of meaning, and in his search, he will confront the mysteries of God, and a true meaningful life will depend always on our interconnectivity with God.

Citizens, in this season, let us join the Christian community in its renewal of Christ’s message of Love, Hope, Compassion and Forgiveness, bringing it all into our daily lives.

Have a happy, fulfilling and enjoyable Easter holiday period. 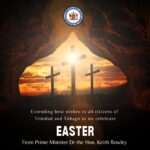