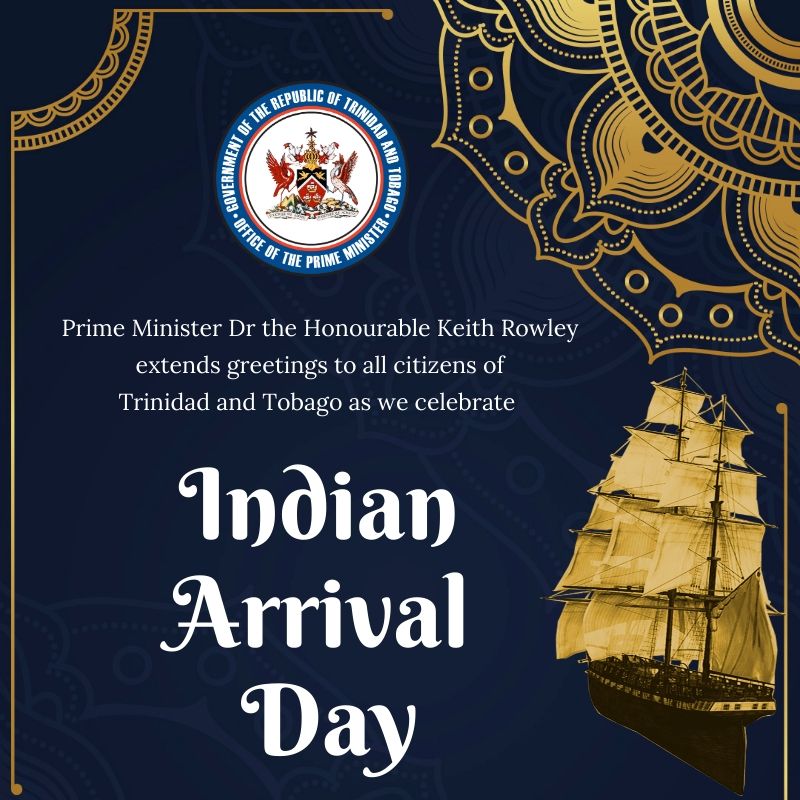 I bring warm, sincere greetings to all our citizens of East Indian descent from the Government and people of the Republic of Trinidad and Tobago, my family and myself, as Prime Minister.

The coming of Indian Arrival Day 2020 caused me, personally, to reflect upon the overall experiences, the questions and horrific fears in the minds of the 200-plus persons who made that first hazardous trip across the “black waters”, the Kali-pani, from India to an unknown land, then called “Chinitat”.

In May1845 the Fatel Razack ended its first journey to this part of the world, bringing those East Indian indentured labourers. A look at any map will show theirs was a long, arduous, cruel journey, which began in Calcutta on February 16.

Many thousands followed to add to the sugar labour force, from 1845 until the second and final discontinuation of the system in 1917. History was repeating itself, for by that time enslaved Africans had been forced on a similar journey and had made their unpaid contribution to the establishment of sugar as an industry in this colony which was destined to become our nation.

Many of these migrants from India were enticed with promises of a better life, some duped by unscrupulous recruiters, others kidnapped.

Upon arrival, they were taken to Nelson Island, where they were allowed to rest – or rather quarantined – for two weeks. Then they were assigned to the various estates.

Many reviewers have sought comparisons, between Indian Indentureship and African Slavery, concluding that servitude for the African slave was a lifetime, from dust to dawn, or rather centuries of brutal experiences, under the whip, while Indian indentureship was for five years, in the first instance.

Yet oppression, in various other forms, was inflicted on the East Indians. There were a series of repressive Colonial laws, e.g. designed to keep indentures confined to the sugar estates, and, worse, separated and divided from the rest of the Trinidad population.

So repressive were these laws that failure to work one day on the estate meant a jail sentence of two to four days.

Nonetheless, East Indians, the Hindus and Muslims, had with them many cultural treasures of cuisine, music, clothing, festivals, language, and religious observances such as Divali, Eid–ul–Fitr, Phagwa and Hoosay, which the national community cherishes today.

The villages and streets where they settled were renamed, after those familiar to them in India. Today we all accept Fyzabad, Patna, Malabar, Barrackpore, Bengal, Golconda, Biche, and hundreds of others as indigenously Trinidadian.

They were allowed to hold on to their traditional values and centuries-old religions, which today form significant and identifiable parts of the cultural fabric of Trinidad and Tobago.

In 1845, the first East Indians were seen as new people with an unknown culture. Today both the people and their culture stand strong in our multi-racial society.

Their descendants have proven themselves, as proud contributors to the national good, as every other race.  They have moved from a reactive group to a creative force. They, like all others, can point to medicine, literature, law, industry, commerce, sport, the public service, and other areas, where descendants have established in their own rights.

And so, after my reflection, I stand with the rest of the nation to salute the East Indian community, knowing that while they have celebrated on their own, in the early years, today all of Trinidad and Tobago, regardless of descent, recognise and feel honoured to celebrate together, as fellow citizens.

And although the usual staging of a re-enactment of the arrival of the Fatel Razack at various beaches will not be carried out because of COVID-19 restrictions I suggest that we do not allow this to diminish today’s celebration of what is a great story of initial marginalisation, dogged resistance, and widespread accomplishment.

We should never forget that, in our collective history, the Colonial experiences of all races have been one of suffering and sacrifices. Now, we have to overcome those measures that sought to divide us.

The possibilities and the scope of opportunities in the 21st Century demand a sense of community, a spirit which communicates the message of progress, and that we are all one people.

Our ancestors have come from different places, at different times. Our diversity should always be seen as an advantage, always uniting us, never dividing us.

We must ask ourselves: What are the alternatives? Look around the world, observe the daily racial tensions where a political ethnocracy exists.

Looking back over the past several months, we have accomplished much in dealing with COVID-19 — as one people. We can accomplish everything, as a united people, a united nation. We have sacrificed too much to embrace failure.

I appeal to every citizen to put aside your narrow, partisan agendas and biases, and instead focus, at this time, all the time, only on the survival of this great country.

Understand, we are in a global fight for our survival.

Today, as the Prime Minister of our beloved country I ask that even after the COVID-19 pandemic, we hold to the mindset of Oneness, with boundless faith in our destiny, because only as a united people we can achieve a brighter future.

May God continue to bless our nation. 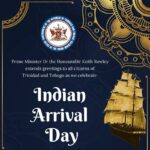