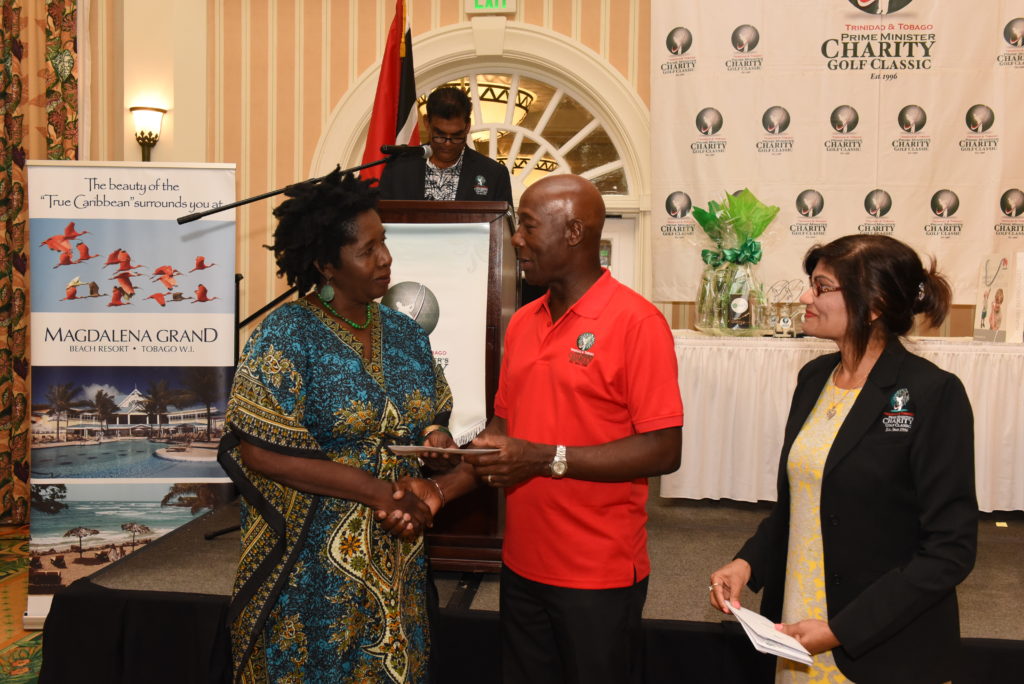 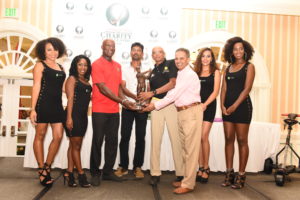 Prime Minister, Dr. the Honourable Keith Rowley presented several Tobago charities with cheques from the Prime Minister’s Charity Golf Classic (PMCGC) held on May 6, 2017 at the Magdalena Grand Beach and Golf Resort Tobago. The Prime Minister is patron of the event.

Altogether, Tobago charities – including the Tobago School for the Deaf Speech and Language Impaired and Healing with Horses – received $55,000 in funding.

The tournament, now in its 21st year, raised close to $400,000 and saw participation from more than 70 teams. The event attracted participants from within the region, North America and Europe. Local sporting heroes Brian Lara and Dwight Yorke also played.

First launched in 1997, the PMCGC has since donated just under $6 million to various children’s homes, NGOs and individuals. Beneficiaries include the Trinidad and Tobago Cancer Society, the Autistic Society and the Tobago AIDS Society.

In his remarks at the prize giving ceremony the Prime Minister congratulated the organisers of the event and described their work as a very worthy endeavour.

He said, “Volunteerism is an important practice and the board members of this charity are volunteers. We want to thank them for all their efforts. They have given us an opportunity as citizens to reach out to those who are in need.”

“I am happy that the tournament was held in Tobago and I believe we can use golf as part of our tourism plan to attract visitors in the way we attracted them this weekend. This is another way we can realise the full potential of the economy.”

The theme of this year’s tournament was “Golfing for CP Mobility” and highlighted the needs of those who are affected by cerebral palsy.The charity has a long history of support for this cause and was instrumental in helping to establish the Cerebral Palsy Society 15 years ago. It has, for many years, provided financial assistance for children seeking treatment abroad.

PMCGC has also hosted several workshops facilitated by Miami-based, cerebral palsy specialist, Dr. Martin Carillo, who shared valuable advice and training for caregivers. In his last visit in January he attended to over 80 children, fitting them with splints, braces, orthopaedic shoes and wheelchairs provided by PMCGC. 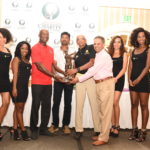