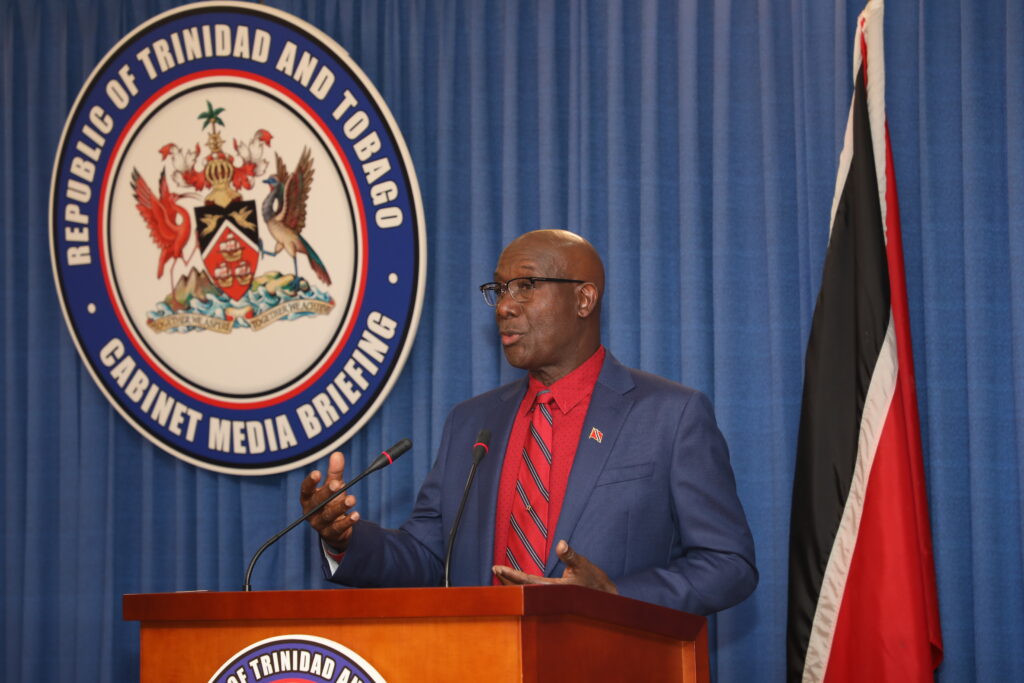 As you all are aware, the United States is our major trading partner and approximately 200,000 of our citizens live in the USA.

Against this solid background of friendship and cooperation the Government of Trinidad and Tobago has constantly been engaged with the decision makers in Washington DC and focused on building the relationships with the leadership in Washington DC.

In the last few years US sanctions against Venezuela has had a negative effect on the growth of trade and cooperation within the sub-region in so far as Venezuela and Trinidad and Tobago are concerned with certain knock on effects on other Caribbean countries.  Since 2019 I have personally been developing strong relationships with the decision makers across the aisle in Washington DC.

Both myself and Minister in the Office of the Prime Minister, Minister Young have been managing the discussions in DC as it related to Trinidad and Tobago as well as other aspects of CARICOM’s engagement with the US Government  and Congress. To this end we have made many visits to the US capital and have held many meetings with very many officials there.

In parallel to this the Government took a principled position with respect to our closest South American neighbor, the Bolivarian Republic of Venezuela when certain other countries recognized an alternative government in Venezuela. Trinidad and Tobago’s position was based on and grounded in the UN Charter when we took the position of “non interference” and “non intervention”.

We have always advocated and encouraged that the people of Venezuela should work together to sort out their internal difficulties. In fact, TT was out front from day one to encourage and facilitate dialogue between the President Maduro Government and the Venezuelan Opposition. This remains our position to this day and we will continue, along with our Caricom colleagues, to support any and all such initiatives.

As you are aware, my Government has focused on the potential and possibility of developing, producing and processing gas from Venezuela in TT. We had spent considerable time, effort and energy in negotiating a commercial term sheet in 2018. The development was paused due to sanctions in 2019.

We have always seen the national and regional importance of the natural gas resources in Venezuela and its close proximity to the existing world class energy infrastructure in Trinidad and Tobago.

You would recall that in 2022 I made two visits to Washington DC and that I attended the Summit of the Americas in Los Angeles. One of these visits to Washington was to attend a US/Cariforum meeting with US Vice President Kamala Harris who was charged by President Biden to chair a team to work on Energy Security for the region. I, as Prime Minister of Trinidad and Tobago, am Vice Chair of this initiative.

CARICOM leaders engaged with the US President Joe Biden and Vice President Kamala Harris at the Summit of the Americas meeting in June 2022 where we spoke at great length about the importance of the CARICOM in the region and in particular the role that we could play in regional and even global energy security.

We have spent significant amounts of time educating those who are concerned about energy and food security, about the significant role that Trinidad and Tobago can play in the provision of LNG and fertilizers (Ammonia, Urea and UAN). Minister Young and myself made it our business to ensure that decision makers in the USA and Europe understood that we are the only jurisdiction in the world that had immediate existing spare capacity in the production of LNG, Ammonia, Urea, UAN and Methanol right next to proven reserves and all we in Trinidad and Tobago needed was access to those reserves on and across the border with Venezuela. This message and conversation was had with the highest level of decision makers in the USA including both President Biden and Vice President Harris and many Congressional leaders.

We have also consistently worked with Venezuela and the Venezuelan Government to keep this possibility a reality. Throughout these unusual periods of difficulty Trinidad and Tobago maintained its centuries old relationship with our closest neighbour, just seven miles across the water.

Energy Security for the region at this time relate not only to our country but is of keen interest to Jamaica, Dominican Republic who currently use LNG but also other territories like Barbados and Grenada where exploration is underway and Guyana and Suriname where gas reserves have been discovered. Trinidad and Tobago’s access to gas and the use of LNG and petrochemical industry in Trinidad will benefit CARICOM and Cariforum nations.

VP Harris has been a careful and committed listener to these entreaties and we have been working with the White House to make the energy security for the region and Europe a possibility once TT is given access to Venezuelan gas.

Recently Trinidad and Tobago was part of a Caricom team which met with US Treasury and Department of Energy and the US State Department on these matters.

We applied to The Office of Foreign Assets Control (OFAC) in the middle of 2022 and have been working with our lawyers in DC as well as through other initiatives to be granted a waiver from sanctions to pursue the development of the Dragon gas field which lies just about 17 kilometers across the border from our active Hibiscus platform.

The US Government has today approved Trinidad and Tobago’s development of the Dragon field via an OFAC Waiver from sanctions with specific terms to be finalised.

What this means is that the restrictions on the Dragon gas field development is now relieved and all relevant parties can progress the plans to result in natural gas from Venezuela eventually flowing from these proven reserves to Trinidad and Tobago then onto Caribbean, European and other markets, bringing much humanitarian benefits to the Venezuelan population and greater energy security to the Caribbean region. 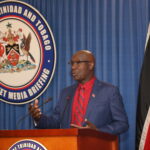