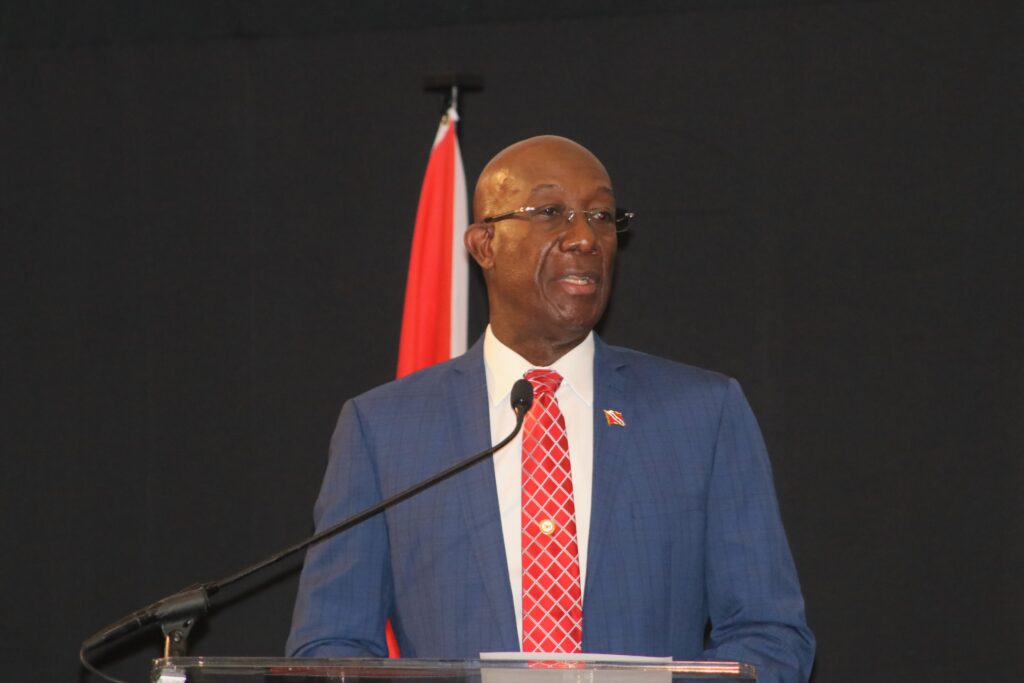 The project will be one of the largest natural gas developments to be undertaken in the country. Based on the development concept, the operating and capital expenditure is estimated at US$1.8 billion. The upstream activity that will be generated by the project will create opportunities for the domestic energy service industry and other service providers.

The Manatee field, forms a part of the Loran- Manatee cross-border field, with Loran being located in the marine area of Venezuela. The Loran-Manatee reservoir has an estimated resource of 10.04 tcf, of which 2.712 tcf is within the Manatee field. On August 16, 2010 the Government of the Republic of Trinidad and Tobago and the Government of the Bolivarian Republic of Venezuela executed a Unitisation Agreement for the Exploitation and Development of the Loran-Manatee field. An absence of urgency and no definitive commitment to making the necessary investment among the various interested parties saw this proven resource remaining dormant as though stranded.

The decision to proceed independently on the development of the cross-border fields created the opportunity for both the Government as resource owner and Shell as contractor to monetize what would be one of the country’s largest natural gas fields to date. In an Agreement, dated August 19th 2019, between Government and Shell for the extension of the term of Block 6, it was agreed that separate terms would apply for any Petroleum Production derived from the commercial development of any field(s) in the sub-block 6d (Manatee) portion of the Contract Area, subject to the mutual agreement of the Parties. Pursuant to the terms of the Agreement, Shell was encouraged and requested the opportunity to initiate negotiations to continue its appraisal and pre-sanction activities which were necessary to progress the commercial development of the sub-block 6d (Manatee) portion of Block 6. This request was positively received by the Ministry of Energy and Energy Industries, acting on behalf of the Government.

Today’s event is the culmination of the negotiations between the Ministry and Shell and the subsequent approval by the Government. It signifies this Government’s ongoing commitment and action to meet domestic natural gas requirements and our resourcefulness in overcoming obstacles. The Production Sharing Contract for sub-block 6d (Manatee) is for a period of 25 years. Preliminary estimates indicate that natural gas production could start as early as 2025, with an initial production of up to 350 mmscf per day, before ramping up to as much as 700 mmscf per day. In considering our current proven reserves of natural gas and the size of the many discoveries of new fields the significance of this development will be fully appreciated in Trinidad and Tobago.

However, we do not have to wait until 2025 before we see the financial benefits accruing from the PSC. A suite of annual charges are payable within ten days of the effective date of the contract and thereafter within the first ten days of the contract year. These include an administrative charge of US$300,000 increasing at 4% per annum, training and research, and development contributions of US$150,000 per annum increasing at 6% annually until the start of production, when contributions will equal 0.25% of the value of the contractor’s share of profit petroleum. There are also a one-time technical bonus of US$200,000 to the Ministry, an annual scholarship contribution of US$100,000 per annum increasing at 6% per annum and a signature bonus of US$15 million.

As per terms of the PSC, Shell is required to comply with Government’s Local Content Policy which requires the contractor to maximize to the satisfaction of the Minister the level of usage of local goods and services and employment of nationals. However, Shell needs no reminder as the company has demonstrated its commitment to local content and local value-added through its community engagement initiatives and its close partnership with industry, government, and other local stakeholders. I expect that this custom will continue.

Both the Ministry Team led by the Minister of Energy and Energy Industries and Minister in the Office of the Prime Minister, the Hon Stuart Young and the Shell Team led by Mr. Eugene Okpere, Senior Vice President and Country Chair are to be congratulated for their sterling work in successfully completing the negotiations within time constraints. This project is important to both the Government and Shell, as production from the field will form a significant proportion of domestic natural gas production and Shell’s natural gas portfolio over the next decade.

Shell has and continues to be an invaluable partner to the Government and people in the development of the upstream sector in Trinidad and Tobago and in cross-border initiatives with the Government of Venezuela. While the latter has been temporarily suspended, we are hopeful for re-engagement with the Venezuelan Government when the environment permits and would welcome Shell’s renewed interest as a partner.

Our relationship is a partnership which is based on equity, is mutually beneficial and has grown from strength to strength. Shell is a key player in the commercial restructuring of Atlantic LNG, and also in the development of the country’s first utility scale solar project. We look forward to your continued participation in the domestic energy sector and welcome your commitment to securing Trinidad and Tobago’s energy future as we transition to a low carbon economy.

The last two years in the domestic energy sector have been challenging but we are slowly recovering. We had turned the corner when covid-19 pandemic struck. This had the effect of dampening upstream activity which resulted in the delay in the implementation of new upstream projects and as a consequence a reduced gas supply. Both the downstream and LNG were impacted. Overall gas supply and international market conditions saw a number of petrochemical plants being taken offline, and Train 1 was negatively impacted. The shareholders are engaged in discussions with a view to making a determination of the future of Train 1 by the end of the first quarter calendar year 2022.

In the interim there have been bright spots. Touchstone has continued to make new discoveries of oil and gas. BHP Block 3a Ruby/Delaware project came on stream in May 2021, followed by Shell’s Block 5c Barracuda project and bpTT’s Matapal field. The joint venture of EOG and bpTT announced the discovery of the Mento natural gas field. In the near term, that is, in 2022, BPTT Cassia Development and Shell’s Colibri Project based on NCMA 4 and Block 22 developments are due to come onstream. On implementation, these gas projects will help in alleviating the current natural gas concerns of the domestic downstream industry and the LNG producers.

However, the key to reducing or eliminating any gas shortfall in the medium term is the approval of the current unsanctioned projects. The Government is engaging the upstream companies on the approval of the unsanctioned projects and we are prepared to facilitate the companies to achieve this objective. Our recent meetings in London leave us very optimistic that more projects of current interest will be sanctioned as we go forward into the near and medium-term.

Natural gas projections show that gas production will steadily increase to 2024, then undergo a brief decline before rebounding in the 2026/2027 period, hence the need to accelerate the approval of unsanctioned projects. During the period 2026/2027, Shell’s Manatee and BHP deep-water projects are projected to come onstream. These projects together have the potential to supply in excess of 1.0 bcf per day of natural gas in the period beyond 2026, for the life of the projects. A key element of the development plan for these projects is access to the LNG markets. The successful completion of the Atlantic LNG restructuring effort will be critical for these projects.

At present, the draft Heads of Agreement (HOA) between the Government and Atlantic Shareholders is being reviewed by the parties and is expected to be completed by December 2021. Negotiations on a Framework Agreement and Definitive Agreements will follow the HOA and are projected to be completed by June 2022. The restructuring of Atlantic LNG is anticipated to bring the Trains under the umbrella of a unified entity, which will be a more efficient arrangement for management and operations of the surviving Trains. Government will benefit through an increased shareholding in the unified entity and also from the improved netback to the upstream companies resulting from new marketing arrangements.

While the energy sector will continue to be the mainstay of the economy of Trinidad and Tobago we are mindful of the need to transition to a low carbon economy. It is a journey that we intend to pursue and in alignment with goals and objectives of our energy stakeholders. As a valued stakeholder, the Government looks forward to the collaboration with Shell and all others on the country’s energy transition.

In closing, I wish to re-emphasize our hearty congratulations to both the Ministry of Energy and Shell’s negotiating teams for their excellent work which resulted in the signing today of a Manatee Production Sharing Contract and Associated Agreement between Ministry of Energy and Energy Industries acting on behalf of the Government of the Republic of Trinidad and Tobago and Shell. 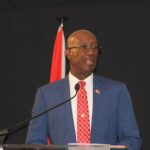