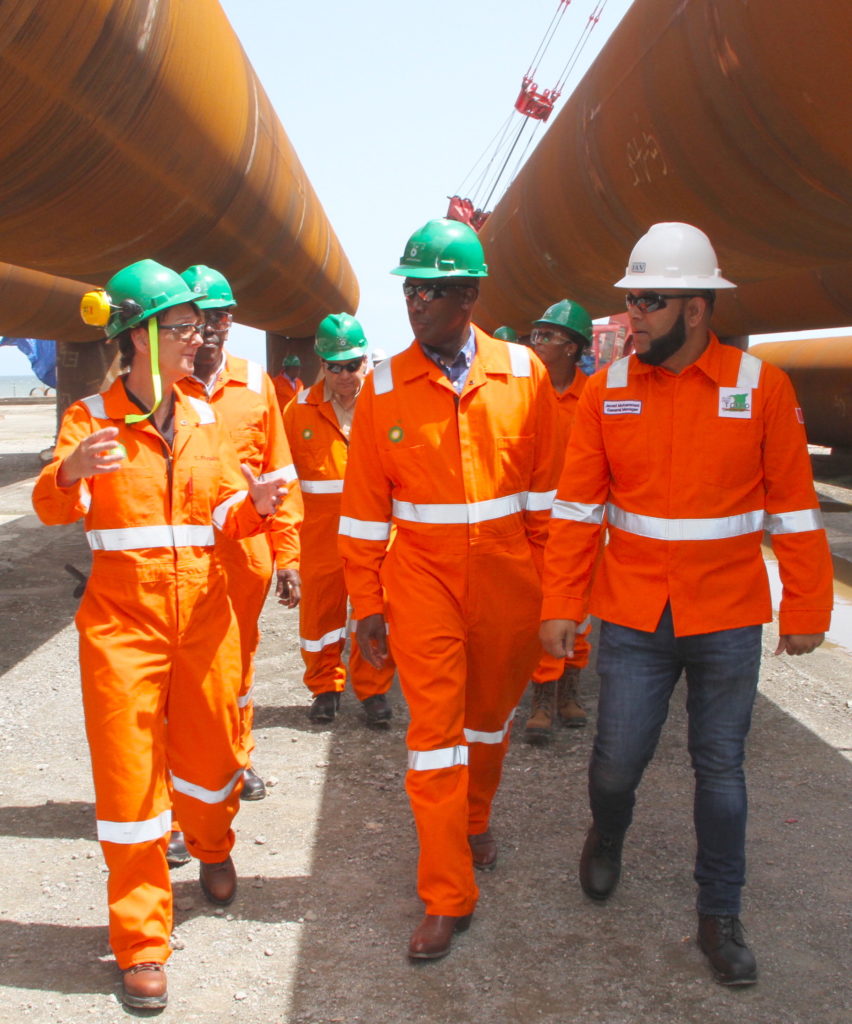 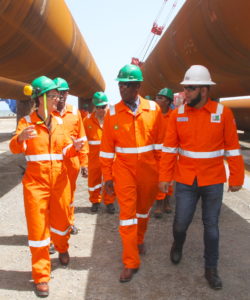 TOFCO is a provider of fabrication, construction and offshore services for the oil and gas industry. The company is currently fabricating the jacket and bridge landing frame for Cassia C – BP Trinidad and Tobago’s 16th offshore facility.

This is the latest in a long list of BPTT infrastructure that has been constructed at TOFCO.

Prime Minister Rowley in his address to employees underscored the importance of their work which he said was directly linked to Trinidad and Tobago’s economic well-being.

He congratulated the company for its outstanding performance which he lauded as world-class.

Dr Rowley said, “Every time a project is selected for this site it is because you are world-class, because this business is competitive. These projects will only come here if we can compete with others who are doing it.”

“So once a project comes here that is confirmation that you are winning.”

Ms Fitzpatrick noted that BPTT’s partnership with TOFCO is one of the industry’s real success stories.

“At the same time, we are also committed to developing local capability and capacity. For us, that means working with local companies to build the capability necessary to be globally competitive.”

She added, “Over the past 14 years or so TOFCO has played an important role in our development plans. To put it into context, BPTT accounts for over half of Trinidad and Tobago’s gas production so that your work at TOFCO is more than just constructing a facility, it has a direct impact on national gas supply and the national economy.” 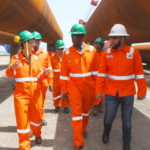