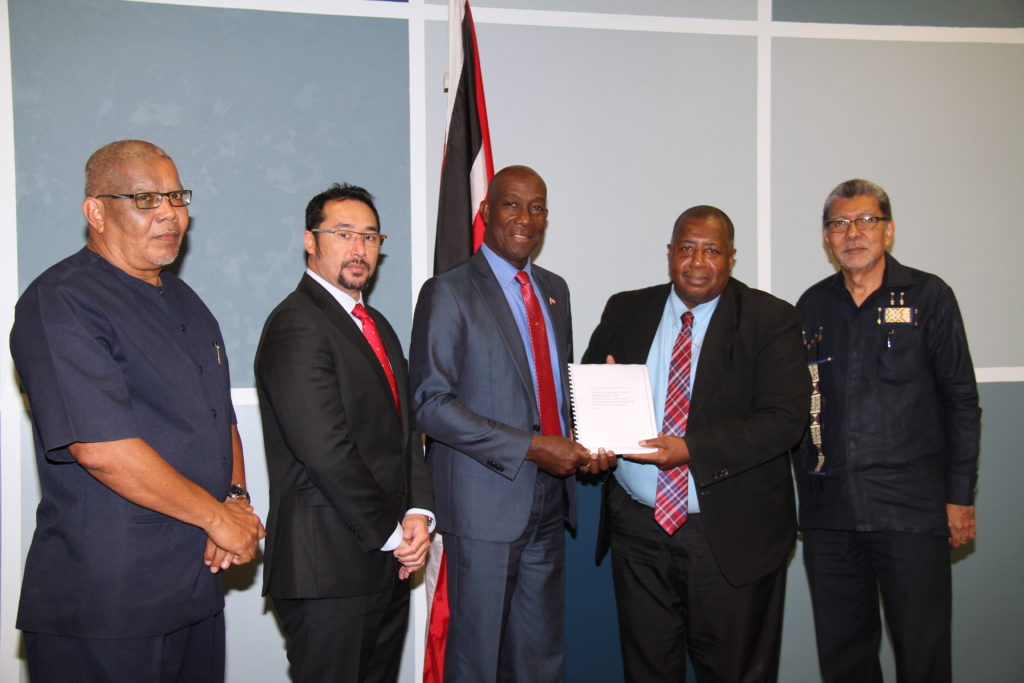 Prime Minister, Dr. the Honourable Keith Rowley today (June 6, 2017) received a comprehensive report on the operations at Petrotrin which includes recommendations for the restructuring of the wholly State-owned company.

The report was submitted by the Petrotrin Review Committee which was appointed by the Prime Minister in March. This appointment followed a Cabinet decision that called for a review of operations at the energy company in light of falling revenues, allegations of mismanagement and decreasing oil prices worldwide.

In an address to the nation in January, Prime Minister Rowley noted that Petrotrin was experiencing a dramatic slump in crude oil prices, combined with an ongoing decline in refinery margins and declining local oil production. He said this resulted in a more than 50 per cent decrease in the Company’s revenues, from TT$37 billion in 2012 to TT$16 billion in 2016.

The situation was further exacerbated when the union served formal strike notice on Petrotrin in January.

Traditionally, Petrotrin has been a net earner of foreign exchange, approximately $250 million per year in 2015 and 2016. It is also an important contributor to government tax revenues and a guarantor of the country’s energy security.

For many years however, high international oil prices masked a range of fundamental weaknesses in Petrotrin’s operations. Among the main structural problems were a steady decline in domestic oil production, low productivity, escalating manpower costs and steadily increasing operational and capital costs, due to inadequate controls, questionable management practices, ageing assets and infrastructure.

Petrotrin now has more than 5,000 employees, with an annual wage bill of $1.9 billion, which is close to 50 per cent of its total annual operating costs.

The Prime Minister is expected to present the Petrotrin report to Cabinet and then to the energy sub-committee. The Petrotrin Review Committee has agreed to remain empanelled on assignment with Cabinet until December 31.

The Committee is chaired by Selwyn Lashley, Permanent Secretary, Ministry of Energy & Energy Affairs. Other members are as follows: 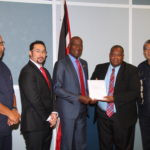