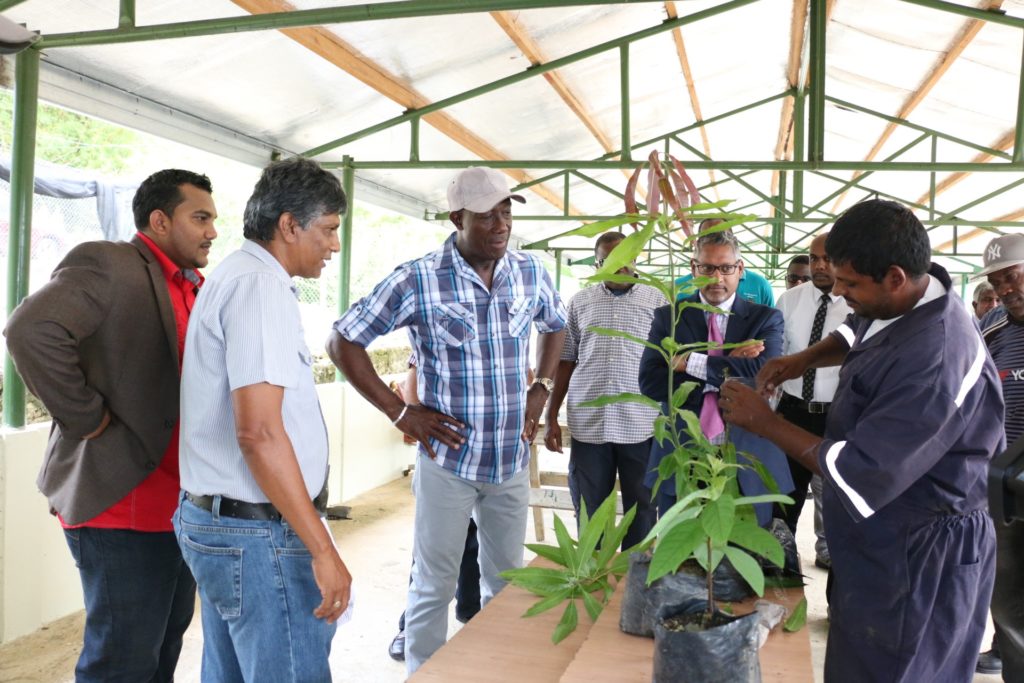 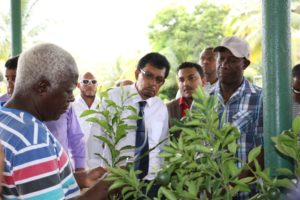 Prime Minister, Dr. the Honourable Keith Rowley embarked on a tour of Marper Farm and the facilities at the Forestry Division in Rio Claro yesterday (May 11, 2017) for a first-hand progress report on proposed expansions in the agriculture sector.

The Prime Minister was shown tens of thousands of hardwood seedlings and plants including, citrus, mangoes and avocado. Marper Farm and three national reforestation and watershed rehabilitation nurseries currently boast more than one million saplings.

He said, “I am very pleased by what I have seen here. A lot of people talk about needing to do more in agriculture but without planting material there is nothing to plant, all you are doing is talking without action.”

“For the better part of last year and this year we are focusing on cultivating planting material because we believe that if we provide people who have the aptitude for planting with the right planting material then it will go a long way towards boosting the sector.”

Adding, “I was scheduled to come here before I knew there would be Parliament but I could not cancel because I wanted to come and see for myself what was going on.” The Prime Minister said based on the progress he has seen, he expects that within the next two to three years the unavailability of planting material will no longer be an issue.

He said this was an important part of the first phase of increasing local production. He said, “I hope when we begin to plant more, that we will eat what we produce because that is the only way we can reduce the import bill.”

The Prime Minister told the employees at Marper Farm that Agronomist Dr. John Alleyne was recently hired as his advisor at the Office of the Prime Minister because he understands the importance of having experts in the field working on improving the sector. 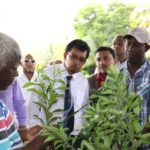 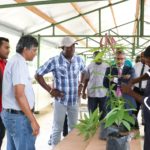