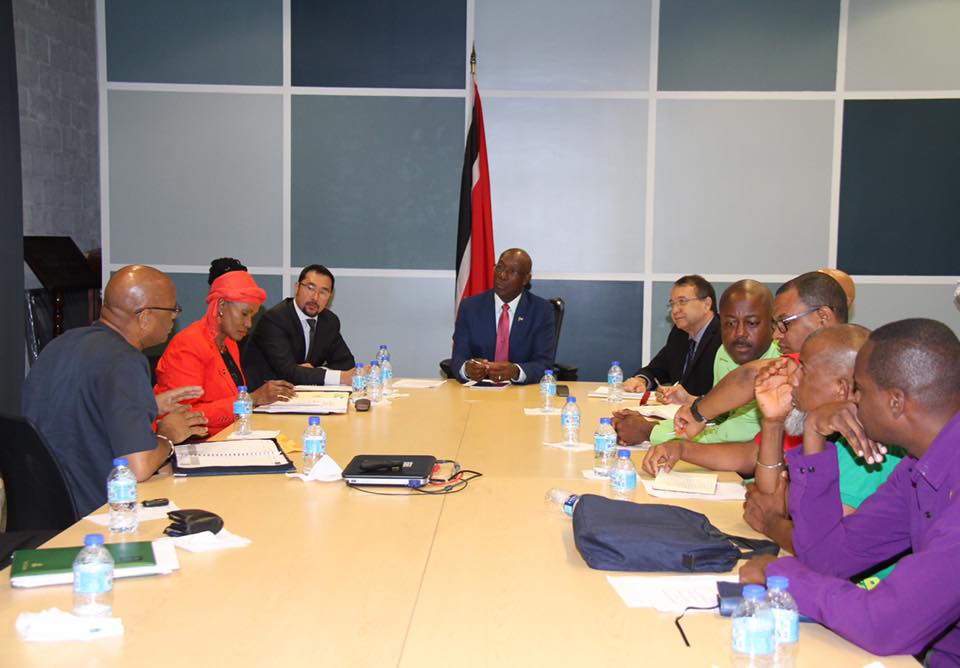 Prime Minister, Dr the Hon. Keith Rowley met with the trade union movement at the Office of the Prime Minister today, (Wednesday 23, August 2017). In their letter requesting the talks, the union leaders claimed Government is implementing austerity measures through a wage freeze and mass retrenchment, particularly in the State sector.

The Prime Minister denied that Government was enforcing this type of policy and assured that there have been no layoffs of public servants and articulated that what exists now is a situation where we have to decide how much we can afford to pay and what we can do to preserve jobs.

Prime Minister Rowley indicted that the Finance Minister’s hardest task every month is ensuring there is money to pay public servants. He said it is difficult to talk about increases now, when the Government is borrowing to pay salaries.

Another significant matter discussed was the temporary departure of the trade union movement from the National Tripartite Advisory Council (NTAC). The Prime Minister said he was heartened by the unions’ pronouncement that its withdrawal from the council was temporary saying “…we are better sitting around the table than shouting at each other. There is nothing to be gained by labour from refusing to sit around the table.”Dr Rowley revealed that the Government was willing to consider some restructuring of NTAC .

Nearing the end of three hour meeting Prime Minister Rowley offered to host an open forum next month (September) where the Government, the business sector and the trade unions could meet in full view of the national community. At this forum all stakeholders would be given an opportunity to present its case to the country.

The Prime Minister has agreed to meet with the unions again on September 13, 2017. It is expected that a date for the open forum will be finalized at that meeting. 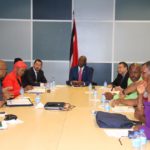