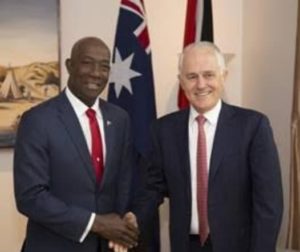 Matters of national security, border protection, counter terrorism as well as sea transport were the main focus for the team in Australia.

Earlier in the day Prime Minister Rowley and his team also attended a meeting with the Commonwealth Counter-Terrorism Coordinator Mr Tony Sheehan. 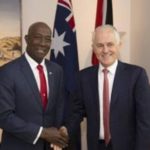