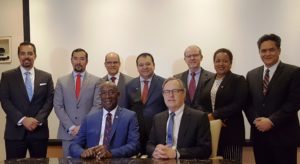 The Hon. Franklin Khan, Minister of Energy and Energy Industries, the Hon Stuart Young, Minister of National Security, Communications and Minister in the Office of the Prime Minister, the Hon. Allyson West, Minister in the Ministry of Finance and Mark Loquan, President of the National Gas Company were also present at the meeting.

The energy company is executing an aggressive drilling programme which will continue with the drilling of a number of wells over the next year and beyond.

There was a discussion surrounding the areas where EOG sees positive prospective in Trinidad and Tobago and the Prime Minister encouraged the company to continue speaking to the Government about their future plans and opportunities for greater collaboration.

EOG is the largest oil producer and one of the top ten gas producers in the United States. They confirmed that Trinidad and Tobago remains an important investment in their portfolio. 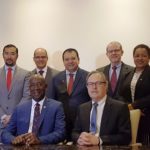