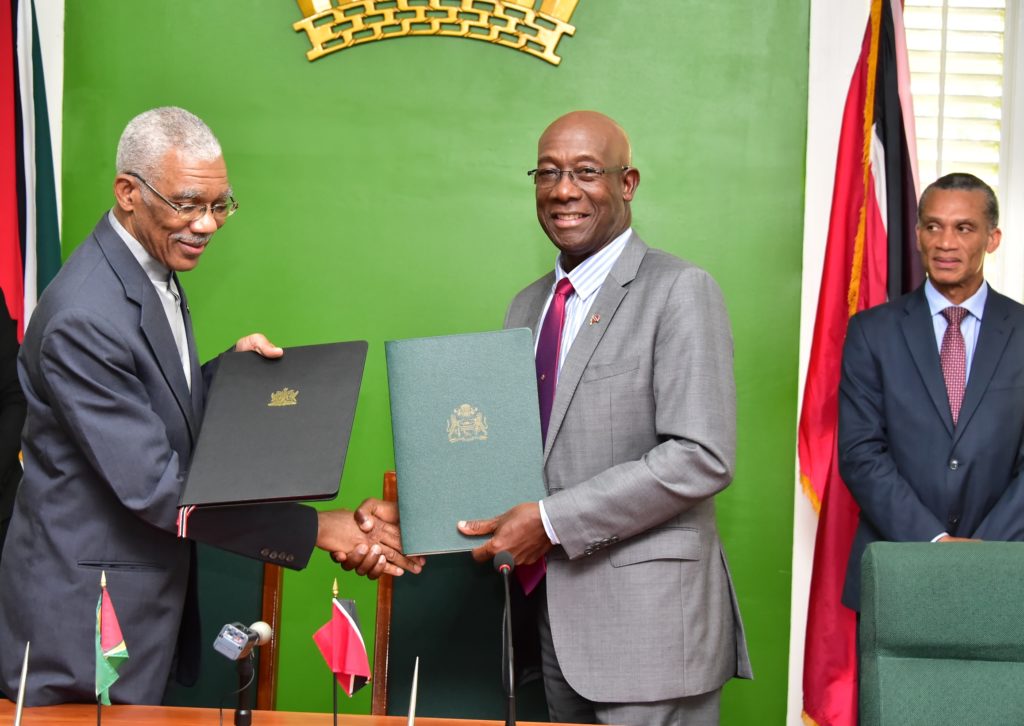 Prime Minister Rowley said today represents a documentation of his country’s commitment to do more in its neighbourly relations with Guyana with respect to the generation of economic activity.

He said both Governments were laying the ground work and providing the encouragement for the private sector to seize opportunities which are available to both countries at this time and that this was a good thing for the people of Trinidad and Tobago and Guyana.

President Granger said he was confident that the combination of Guyana’s natural resources with the entrepreneurial expertise, capital and investment from Trinidad and Tobago would result in a win-win situation for both countries.

He noted that there were unjustified fears that the signing of this agreement was tantamount to giving away the family jewels.

“This is not true, it is simply a means of collaborating, not only in production but in marketing, in gas, in treating with oil spills and multi-national corporations.”

“The MOU is a means of benefitting from Trinidad and Tobago’s advice, their experience and expertise that they have built up over a long time. So the fears that this is some give away are completely unjustified,” President Granger said.

Prime Minister Rowley said he was disappointed by the sentiment expressed by some that this was a Trinidad and Tobago takeover of Guyana’s good fortune.

“It is my expectation that any and all investment in Trinidad and Tobago from Guyana and vice versa will be something that will be welcomed and encouraged and that participation in our economies will be good for all of us.”

“We are not holding that as any quid pro quo but it is circumstantial in our position that we are a friendly cooperating neighbor of Guyana.” 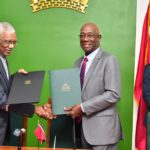