Prime Minister Meets with Senior Members of US Congress 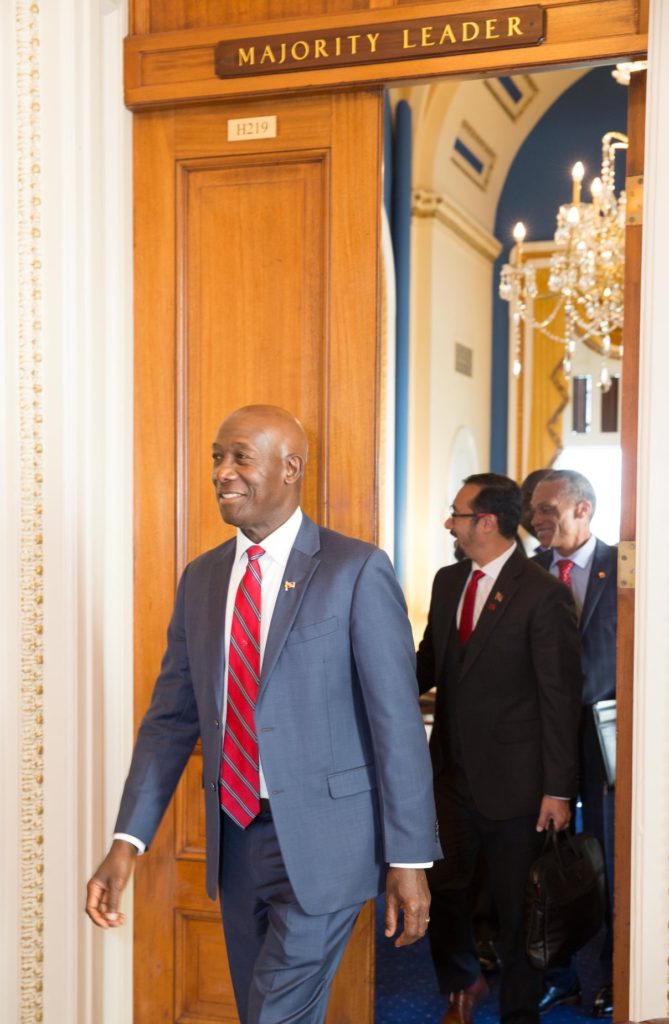 The Prime Minister’s scheduled meetings began at the US Capitol Building this morning where he participated in wide-ranging, bi-partisan discussions with key leaders of the House Foreign Affairs Committee.

After these meetings Dr Rowley led his delegation – which includes the Hon Dennis Moses, the Minister of Foreign and CARICOM Affairs and the Hon. Stuart Young, Minister of National Security and Minister in the Office of the Prime Minister – to a meeting at the US Senate.

The Prime Minister met with Senator Ben Cardin (D-MD) and Senator Tim Kaine (D-VA) who are both senior members of the Senate Foreign Relations Committee.

Senator Cardin is the Ranking Member of the Subcommittee on the Western Hemisphere. 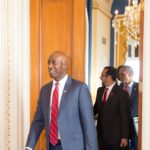