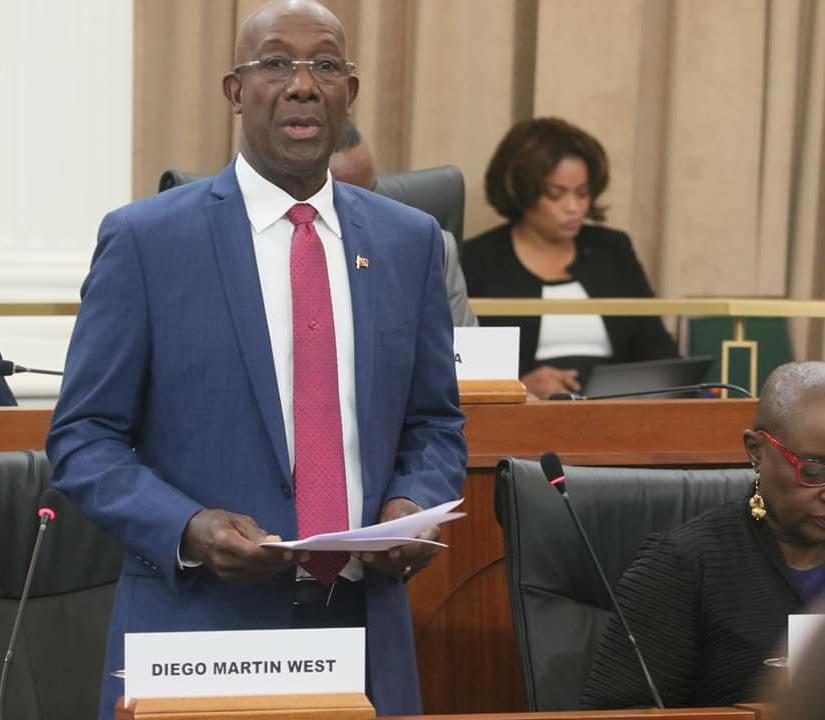 It is in times like these that we define who we are as a people. We are currently facing two global phenomena that affect us directly and are both largely outside of our realm of control. The first is the widespread presence and deleterious effects of COVID 19, commonly known as the Coronavirus. The second is the serious global disruption in the prices of oil, gas and energy-based products that the international market places are facing and responding to in ways that are, in many instances, unprecedented.

COVID 19 first came to the international community’s attention in December 2019 when word got out of the crippling effects and alarming spread that was taking place in the Chinese city of Wuhan. The rest of the world looked on as the rapid spread of this virus took place in China and we watched the Chinese Government’s reaction to contain and treat the cases that were multiplying at an alarming rate.

The measures put in place at our international airports and major ports of entry included the screening of passengers, this again was based on the advice of our medical experts who we have been taking advice from at all material times. Thermal screening was implemented as well as a monitoring of passenger manifests by the Regional Security Services center in Barbados, the regional center set up for these types of matters.

On February 26, 2020, the Minister of Health and Minister of National Security and Minister in the Office of the Prime Minister met with Ministry of Health officials and officials from PAHO and CARPHA for scientific and operational updates on the spread of the virus that was now taking place rapidly in countries outside of China and advice was received from our health officials about the extending of the travel restrictions to five other countries, other than China.

On February 27, 2020 the Cabinet took a number of decisions including the adding of Iran, South Korea, Italy, Singapore and Japan to the list of designated countries that we would not permit non-nationals or residents entry to Trinidad and Tobago if they had been in any of these countries for 14 days prior. Again, we were one of the first countries in the world to take this decision thereby protecting our country for that much longer. The Cabinet also decided that the additional countries could be added to the designated list by the Minister of Health after his consultation with the Prime Minister and the Minister of National Security.

We continue to keep monitoring countries and assess and reassess them based on the declared rate of infection.  This type of information has been changing dramatically on a daily basis as a result of which we may have even now to add more countries such as Switzerland and Norway to the list of restricted sources, given their reported rates of infection. Given the freedom of movement within Western Europe this approach may even become obsolete in the near future.

An Inter-Ministerial Committee was also set up to report to the Minister of Health and the Minister of National Security to be chaired by the Chief Medical Officer, this committee drive our preparation for and response to COVID 19, in accordance with WHO guidelines.

The Government decided to increase the dedicated hospital resources to respond to the possibilities associated with the virus reaching us. We immediately began outfitting the Couva Hospital for treating persons who may become affected. The Caura hospital and the COSTATT building at the POS General Hospital were also identified for increasing the areas to treat with COVID 19.

In the meantime, we saw what was happening in the world. The spread of the virus was having devastating effects on the global economy as China, the second largest economy in the world had to cut back significantly on its consumption and manufacturing. This affected amongst other things, oil and gas commodities and their prices. The demand for LNG and Methanol were two directly affected commodities both of which make up the mainstay of Trinidad and Tobago’s energy industry products, with consequential effects on our revenue.

The virus was also negatively affecting countries in very fast manners. We saw what happened to South Korea, Italy, Iran and other countries. We also observed what happened to a number of cruise ships around the world and how rapidly the virus spread and the fatalities to the older people contracting the virus and some of the more vulnerable.

The Government continued to take decision to protect us in Trinidad and Tobago. The Ministers of Health and National Security during the period of time, turned away at least two cruises ships from coming to Trinidad because there was evidence to suggest that persons on board were not well.

In the rest of the world we continued to see the spread of the virus, countries in Europe began to report increasing affected persons, in the United Kingdom, Germany, France, Spain, and other European countries. Canada, the United States, South American countries were being affected and it meant that the virus was getting closer to home.

Our preparations continued here in Trinidad and Tobago and we also provided assistance for testing via CARPHA, using our resources to get the samples to CARPHA for other CARICOM countries.

At the CARICOM Heads of Government meeting in Barbados COVID 19 and its effects was an agenda items and we discussed it as a region.

We have seen how different countries have reacted and taken different steps and the criticism of some about the lack of action by much bigger countries than us.

During my first address to you at a press conference at the beginning of this period of challenge I did point out to you that what we were facing was not just a health issue but if it plays out as it portends then there will be very serious economic exposures for Trinidad and Tobago. Unfortunately, exactly that outcome has now come to pass and the effects are upon us. As a nation we have no choice but to steel ourselves and step up to the demands of the situation.

Just this week we have seen the spreading of the virus in the United States and Europe. We are witnessing the rollercoaster results of the international marketplace and the reaction of closing massive theme parks, schools, universities; massive flight and cruise ship cancellations and certain countries declaring states of emergency: the cancellation of the National Basketball Association league and other major sporting events. The Formula One Grand Prix carded for this weekend has been cancelled. The Italian Football league cancelled. The President of the United States has suspended all flights from Europe, save for the UK, to the United States from midnight tonight for a period of time. A US Congressional delegation visit that was due to arrive here next Wednesday has been postponed.

These are some of the reactions to the virus that we are seeing worldwide.

This week on my return from Ghana and the UK I announced that after consultation with the Minister of National Security and me, the Minister of Health was adding Spain, France and Germany to the list of designated countries with travel restrictions.

We also got news of the virus being confirmed in Jamaica, Guyana, Cuba, Dominican Republic and St Vincent, all close to home. At least one of these confirmations has passed through our country and has used our air services at CAL. So for all practical purpose we have been touched.

Yesterday, the unfortunate inevitable happened and we confirmed our first case of COVID 19 in Trinidad and Tobago, a businessman who travelled to Switzerland and returned to Trinidad on Monday. Fortunately, he self- isolated and did not leave his house. When he began to feel ill on Wednesday and contacted public health he and his family were quarantined.

Our protocols have been operationalized for some time now. We had tested over fifty cases and this is the first one that tested positive. Contact tracing is taking place. Our professionals have been and are handling the situation and situations.

At this stage given our stated objectives the Government will advise that from tomorrow all schools and Universities and other places of learning would remain closed for one week in the first instance in order to slow the potential spread of any infection that might be with us at this time.

Unfortunately, there continue to be those in our society who insist on acting irresponsibly and spreading false information. The Government has at all time acted with full transparency and will continue to do so and I urge all our people to act responsibly and not spread false information and attempt to create mischief which could only have the effect of creating a sense of panic, which would be the worst state to be in as we confront these challenges.

The Government has advised a number of self -imposed cautionary measures that will slow down, delay and possibly prevent the spread of the virus. Do not expose yourself unnecessarily through non-essential mass gathering. Limit your exposure to public places. Only travel if essential or it is an emergency. Practise good personal hygiene habits such as more frequent washing of your hands, avoid touching your faces with unwashed hands, sneeze and cough into tissue and properly dispose of the tissue. Clean and disinfect frequently touched objects and surfaces.

Be sensible about not exposing frail seniors or people with other health conditions to respiratory illness.

People should stay at home if genuinely suffering from a respiratory illness. This is not a pass to skylark and evade your responsibility and play smart as an employee.

Promote a workplace culture that supports people staying at home when genuinely sick.

Try and avoid infecting other people at the household and outside of the home.

Allow people to work from home where feasible and act on Public Health recommendations.

I implore you not to engage in panic buying as this would only create shortages of materials which should be widely available. Listen carefully to the directives given by those in authority as we will continue to provide you with all the credible information that we have and issue guidelines for your safety and benefit.

A number of private schools have closed to santise and also as a matter of precaution. We will continue to monitor the situation which as you know is very fluid.

The Chief Medical Officer and Head of CARPHA, The Ministries of Health and National Security will continue to present, on a daily basis, information and reports on actual preparations that have been taking place both operationally and strategically.

The Government has initiated an analysis of the short term economic impact of the epidemic with recommendations for Government actions and this will be accompanied by a study on the longer term effects of the COVID 19 on the economy of Trinidad and Tobago.

In the meantime, I urge citizens to be responsible and to act with restraint as we navigate this period of the changing and the unknown. Your Government will continue to do all that it can to ensure the wider public safety and protection. 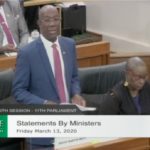 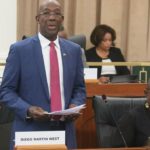