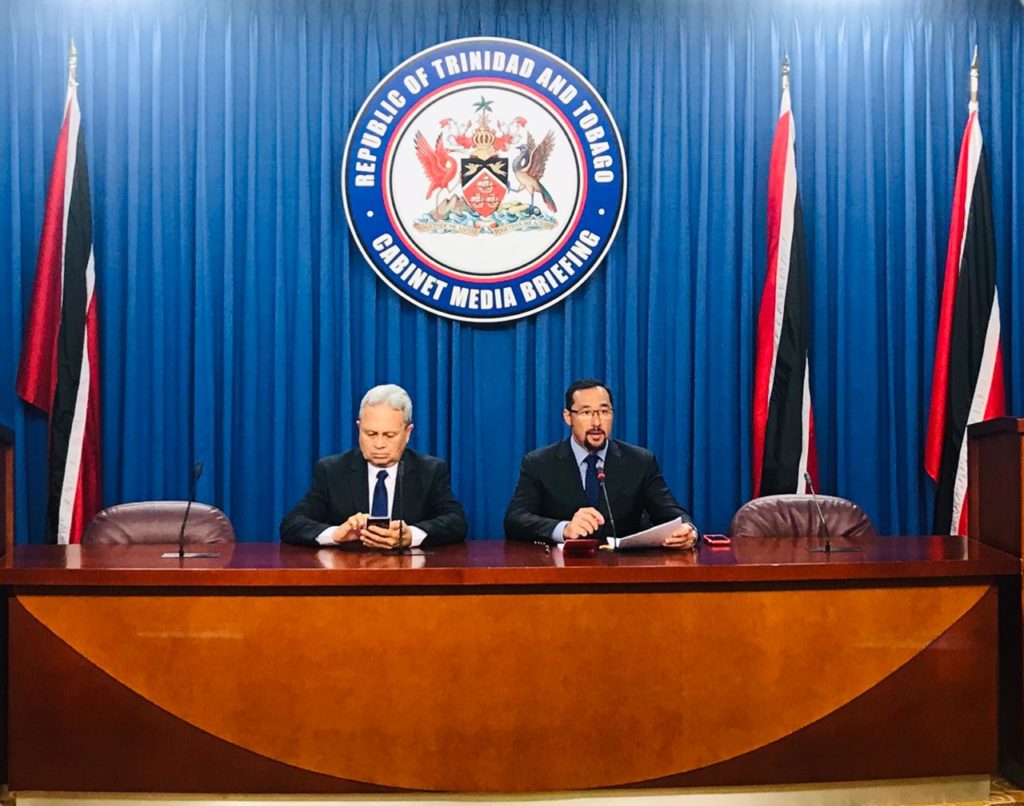 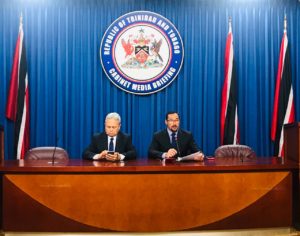 Relief for Montrose Vedic on the horizon

However, Cabinet was shocked to learn that the initial request for the relocation was made under the previous administration on October 17, 2011.  The request for relocation came when unexplained itching and skin infections became an issue at the school. Lands were approved by the Land Settlement Agency in 2013 but were not distributed. Minister of Agriculture, Land and Fisheries the Honourable Clarence Rambharat was only informed of the situation December last year and moved immediately to find a resolution and identified a suitable piece of land for the relocation of the School.

Autopsies at the Forensics Science Centre are expected to resume within the next 24 hours. Minister Young apologised to all of the families who are affected by the absence of a pathologist. Minister Young said when he was notified of the problem he immediately moved to find another pathologist to supplement and augment the resources at the Centre. A pathologist was retained from the North Central Regional Health Authority and it is expected that he will take up duty at the Forensic Sciences Centre tomorrow. Minister Young announced that the Government will work with the United Nations Development Programme which will assist with securing more pathologists for Trinidad and Tobago.

Minister Young also put the population on alert for two possible changes to Carnival in 2020. He is proposing the banning of all glass bottles for Carnival Monday and Tuesday and possibly at all parties leading up to those two days. He said he intends to engage stakeholders on the ban of glass bottles from a security point of view as glass bottles are used as weapons. In addition to the banning of glass bottles, he will suggest the shortening of the Carnival period to allow for it to culminate at 9 pm on Carnival Tuesday. He said the shortening of the period is being proposed due to security concerns of increased crimes later in the evening when a spike in criminal activities has been noticed. The Ministry of National Security will engage stakeholders before Cabinet makes its decision.

Damage to a Caribbean Airlines ATR aircraft late yesterday evening should not affect the domestic airbridge during the upcoming Easter and August vacations. Approximately 11:15 pm yesterday the ATR aircraft was being taken from the ramp to the hanger at Piarco International Airport when it came into contact with a wall of the terminal building and sustained some damage to the nose, skin and possibly the framing and radar of the aircraft. Acting Prime Minister and Minister of Finance the Honourable Minister Colm Imbert assured that the airline will have its full complement of aircraft in the shortest possible time. Before the accident, CAL entered discussions with Liat for an aircraft similar to the one that was damaged. These discussions are already far advanced. Acting Prime Minister Imbert said the preliminary estimated cost may be around US$1 million. It is expected the airline’s insurance will cover the cost of repairs. Investigations regarding the cause the incident is ongoing.

Acting Prime Minister Imbert also informed of a potential foreign investment from NCB Jamaica for a takeover bid of Guardian Holdings of Trinidad and Tobago.

Acting Prime Minister Imbert said Government welcomes any investment in Trinidad and Tobago particularly from within the CARICOM region.

However, he said there are two issues that need to be examined:

These two matters are being reviewed in the context of the applicable laws. Government is also looking at who controls NCB Global Holdings Ltd, a Trinidadian registered company seeking to buy the shares. 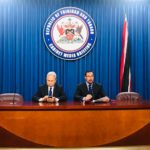