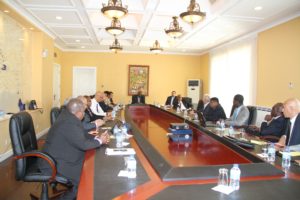 Prime Minister Dr the Honourable Keith Rowley today (Wednesday 03 January, 2018) received a promised status report from the Petrotrin board detailing the progress made in the months since its appointment in September. The meeting featured discussions on the various options available as work continues towards restructuring the wholly State-owned company.

Throughout 2017 Government continued its systematic review of the operations at Petrotrin. It was in June 2017 that Prime Minister Rowley received a comprehensive report from the Petrotrin Review Committee which he appointed in March 2017.

The establishment of the Petrotrin Review Committee followed a Cabinet decision that called for an assessment of operations at the energy company in light of falling revenues, allegations of mismanagement and decreasing oil prices worldwide. 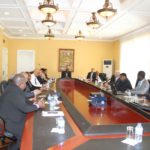 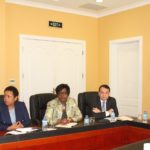