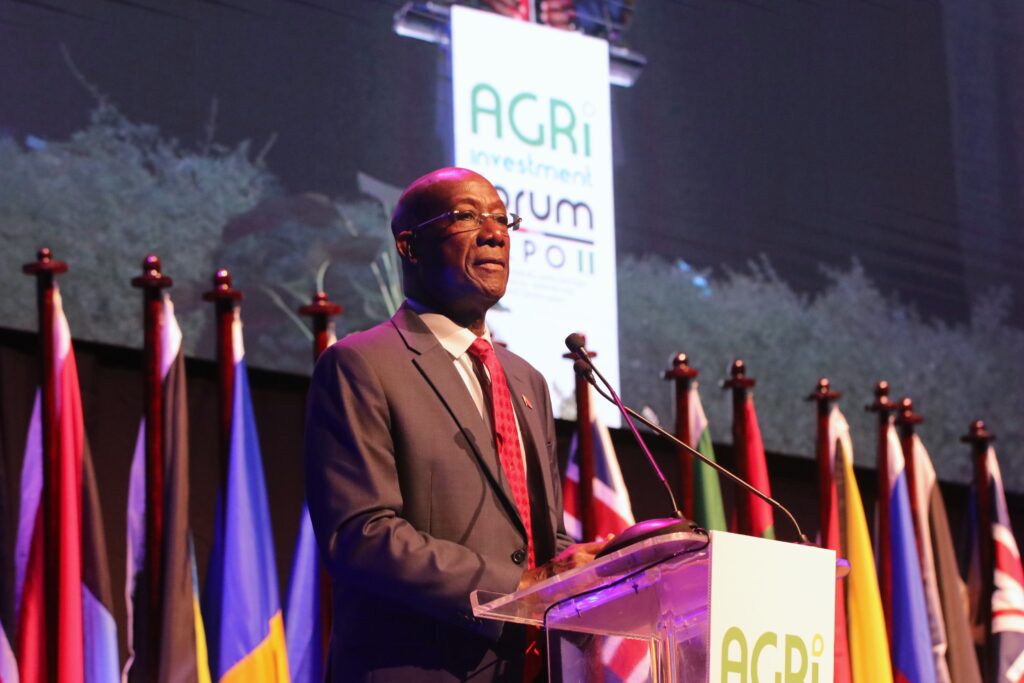 Prime Minister Dr the Hon Keith Rowley has called on the private sector to get more involved in the distribution of local food production across the Caribbean region.

Dr Rowley appealed to the private sector to “not be resistant to these developments and these initiatives, but to get on board and be the distributor of the local produce rather than be the commission agent of imported produce.”

The Prime Minister made the appeal during his feature address at the CARICOM Agri-Investment Forum & Expo II which was hosted by Trinidad and Tobago at the National Academy for the Performing Arts in Port of Spain today (Friday 19th August, 2022).

The theme of today’s event was Transforming Agriculture through Innovation and Investment”.

The Agri-Investment Forum & Expo II is part of a continued commitment implemented by the Heads of Government of CARICOM, to reduce the region’s large food import bill by 25% by 2025.

President of the Co-operative Republic of Guyana, His Excellency, Dr Mohamed Irfaan Ali, Prime Minister of Barbados the Honourable Mia Mottley, the President of the Republic of Suriname His Excellency, Chandrikapersad Santokhi and Prime Minister of St. Vincent and the Grenadines, Dr the Hon Ralph Gonsalves were among the Regional Heads of State in attendance.

In his address, Dr Rowley said the model of depending solely on imported food items locally and regionally has to be replaced.

He said, “We are required to replace our supply from outside the region. To do that it would mean that those who are engaged comfortably and historically in supplying us from outside of the region could face new conditions. The new conditions would be competition from what we are producing locally.”

Prime Minister Rowley also called on CARICOM leaders to “keep trying to become self-sufficient in food if we are to protect ourselves from the promise of the harsher months and years ahead.”

Dr Rowley hailed the Agri-Forum and Expo held in Guyana and now in Trinidad and Tobago and said these events present ‘the best opportunity we have to commit ourselves to solving a problem that is looming large and looming dangerously.” 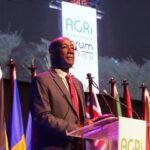