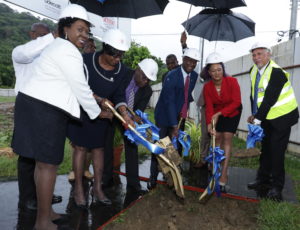 Residents of Roxborough and environs will no longer have to travel to Scarborough for access to critical healthcare services when the community’s hospital is completed next year.

The hospital will comprise of an emergency room, various wards ranging from medical to surgical, a newborn nursery, an operating theatre and an isolation unit. The support services offered at the hospital will include medical imaging, a laboratory, a pharmacy, a dialysis unit as well as physical and occupational therapy and will also house a helipad for emergency airlifts to Trinidad.

Dr Rowley stated during his feature address at the event that the facility is important as it will bring relief to persons residing in the Northern and Eastern communities on the island. He noted that this hospital, along with the other healthcare facilities in progress at Arima, Point Fortin and Sangre Grande, reinforce the Government’s stance of healthcare being a priority. Dr Rowley said when these projects are complete every part of the country will have access to healthcare and health facilities. 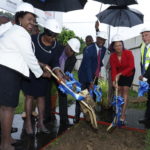