More than $6 Billion Spent on GATE in 12 years 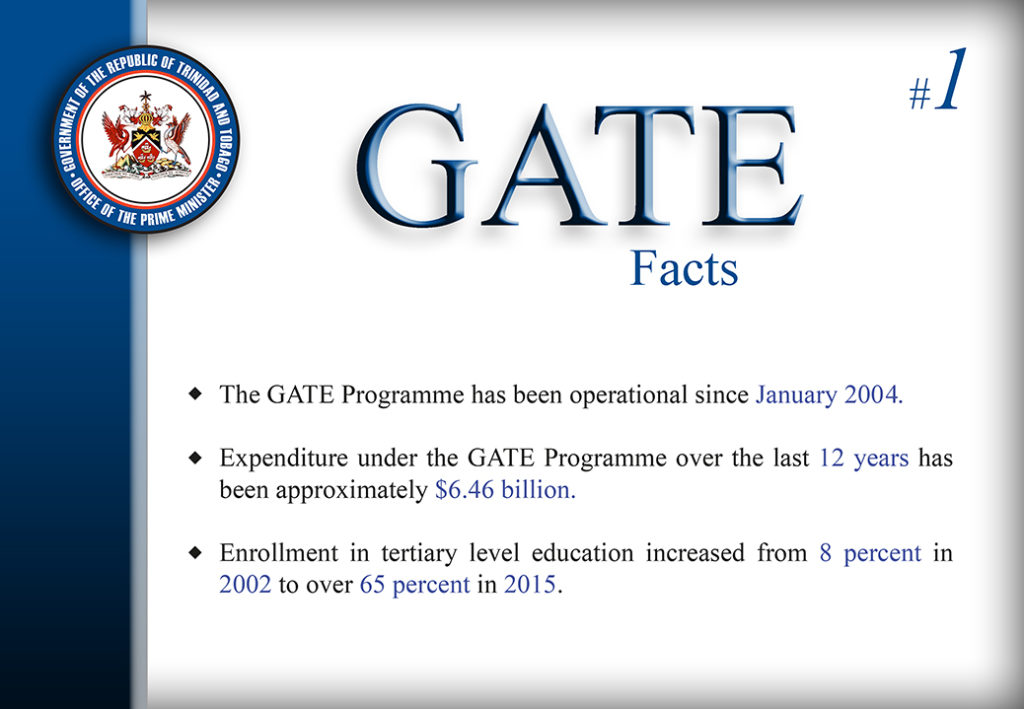 In the last 12 years, Government spent almost six and a half billion dollars under the Government Assistance for Tuition Expenses (GATE) Programme. Since 2004, when this programme was first introduced, citizens have benefited from free tuition for several tertiary level programmes including undergraduate degrees.

This policy led to an explosion in the number of persons able to access tertiary education and significantly transformed the education landscape and our country.  The participation rate increased from 8 per cent in 2002 to over 65 per cent in 2015. This level of participation compares favourably with the rate for developed countries.

However, over the last decade many governments, in both developed and developing countries, have found it necessary to reduce public funding of tertiary education due to constrained economic circumstances. Trinidad and Tobago is not exempt from these circumstances.

It should be noted that Trinidad and Tobago is the only country in the English-speaking Caribbean that fully subsidises undergraduate degree programmes. Since 2014, in light of economic constraints, the Barbados Government discontinued its subsidy on tuition fees for nationals attending University of the West Indies campuses.

In addition to the GATE Programme, the Government of Trinidad and Tobago spends substantial sums in support of tertiary level education by way of national scholarships, the Higher Education Loan Programme (HELP), and the Financial Assistance (Studies) Programme (FASP).

In a bid to address some of the inefficiencies in the programme, the Government appointed a GATE Task Force in April 2016.  The task force submitted a report three months later which, based on extensive research and detailed analysis, made several recommendations for changes to GATE.

After careful consideration, Cabinet decided to implement some of these changes in August 2016 and others will come into effect in August 2017. This timeframe was adopted to give citizens an opportunity to adjust prior to the implementation of the changes.

This Government is, and remains, committed to the education of its nationals and will continue to invest specifically in education, as permitted by our economic circumstances. 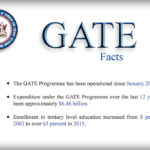 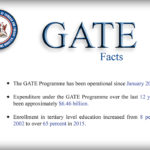