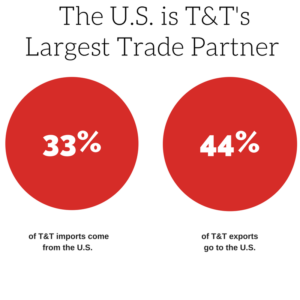 For decades, governments around the world have retained U.S. lobbyist firms for millions of dollars to represent their interests in Washington. The transaction is so common that U.S. lawmakers passed the Foreign Agents Registration Act (FARA) in 1938 to regulate the practice.

And it’s not just Governments that use these firms.

Persons, organisations or groups seeking to educate influential officials about their position on public policy or other matters also employ lobbyists.

Trinidad and Tobago’s lobbying representative in Washington, theGROUP DC, has been hired to advance bilateral relations between T&T and our most important trade partner, the United States.

The United States’ commercial connection with our country has always been strong. Trinidad and Tobago recorded a $3.5 billion trade surplus with the U.S. for goods in 2014 thanks to energy and petrochemical exports.

The United States supplies 33% of our total imports and receives 44% of our exports. Trinidad and Tobago is a beneficiary of the U.S. Caribbean Basin Initiative, a trade programme intended to facilitate economic development and export diversification through duty-free access to the U.S. market for most goods.

Beyond trade, we have also benefitted from valuable technical assistance from the U.S. through a number of agreements which include:

As an energy-producing nation facing uncertain economic times, we must confront the reality of our situation.

The current instability in energy prices and our continued push towards diversification makes it now even more critical that we are positioned to explore other business and investment opportunities with the U.S.

This Government will continue to employ a number of resources to strengthen and expand this very important relationship. Hiring theGROUP DC is just one aspect of the strategic approach to deepening ties with our largest trading partner. 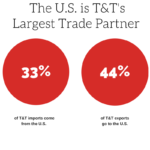