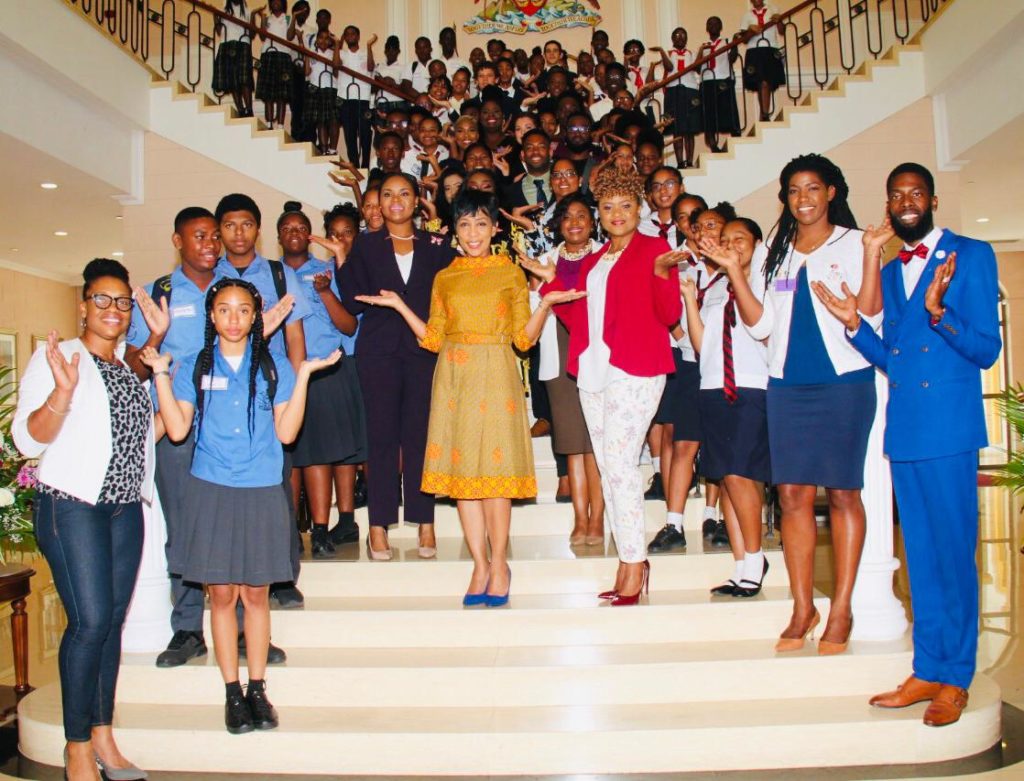 For the first time International Women’s Day celebrations at the Diplomatic Centre, St Ann’s included boys and men as a mix of 74 male and female form four students were invited to the event.

Students from 13 schools in the education district of Port of Spain and environs were given the opportunity to interact with several notable young influencers, in keeping with this year’s International Women’s Day theme of Balance for Better.

In delivering her feature address Mrs Sharon Rowley told those gathered that although the proverbial glass ceiling has been broken everyone needs to be messengers of equality as there are many women who are impacted by gender inequality.

Mrs Rowley said, “All men whether fathers, brothers or sons must stand up for their sisters, mothers and friends. All men must be vocal in their quest for gender equality.

“I want you young men to be feminist to have a belief in gender equality. I want all of you to attract more young people to this cause. Use your channels of social media to spread the word. You are not part of the conversation you are part of the solution.”

To the young women present, she said: “It matters not where you come from you can accomplish your dreams … dream and dream big. You can be all that you can be even in the traditionally male-dominated professions don’t let your gender bar your aspirations.”

Individual students had the opportunity to sit with influencers working in their specific areas of interest including sport, dance, fashion, communication as well as aviation. 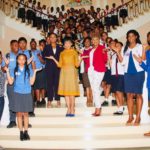 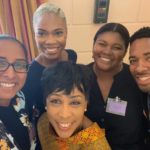