Health, Venezuela and Cricket Feature on Day Two of CARICOM Conference in Grenada 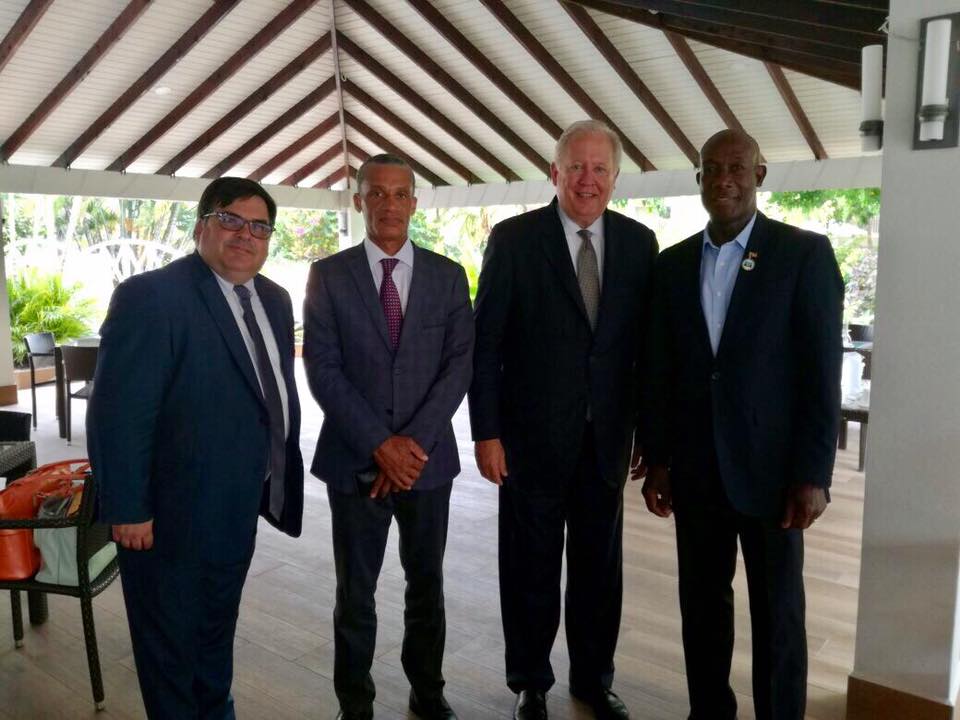 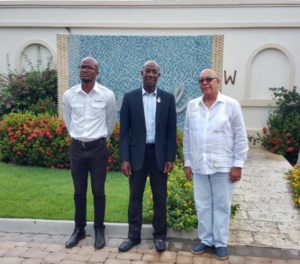 Following the request of Prime Minister, Dr the Honourable Keith Rowley for discussion on Venezuela to be included on the agenda at the ongoing CARICOM Heads of Government meeting, the regional body issued a statement on the matter today, July 06, 2017.

The statement comes after a closed-door session yesterday which featured discussions on the serious issues facing Venezuela and its people.

The statement reaffirmed CARICOM’s “guiding principles of the adherence to the rule of law, respect for human rights and democracy, as well as for the fundamental principles of non-intervention and non-interference in the internal affairs of states.”

CARICOM Heads of Government continue to call for “all parties to commit to engage in renewed dialogue and negotiations leading to a comprehensive political agreement with established timetables, concrete actions and guarantees to ensure its implementation for the wellbeing of the nation.”

The regional body is proposing to facilitate constructive dialogue between the relevant parties in Venezuela. The Chair of the Conference, Prime Minister of Grenada, Dr the Honourable Keith Mitchell has been mandated to write to these parties making the offer.

One of the first agenda items of the plenary session on the second day of the conference was the presentation of a report on the progress of the 2007 Port of Spain declaration to stop the epidemic of Non-Communicable Diseases (NCDs).

In delivering the report, Prime Minister of St Kitts and Nevis, the Honourable Timothy Harris said the progressive development of the region is undermined by sickness and the cost of treatment associated with NCDs.

The report identified diet, physical inactivity, tobacco use and harmful alcohol use as the main risk factors. It recommended that CARICOM focus its effort on dramatically reducing tobacco consumption across the region through legislative action, taxation and public health campaigns.

On the issue of obesity, the report identified 30 per cent of young people in the Caribbean as obese and called for an intervention to save the next generation. Dominica and Barbados were lauded for their taxation regimes which targets sugary and salty foods.

Later on, during the same session, Prime Minister Rowley asked the conference to clarify whether CARICOM was disengaged from the troubling issues surrounding West Indies cricket.

Prime Minister Rowley said, “I would like to recommend that we again empanel a committee on cricket and re-engage that issue and pursue it, in spite of the frustration, to bring some kind of resolution. I do not think that it is helpful for us to concede that we no longer have an interest.

He added, “Having given this recommendation, as a former member of the committee I would like to make myself available and to encourage my colleague from Grenada to come back to the committee, so that we can have a team of members to stay engaged on the matter of West Indies cricket.”

In news outside of the conference, Prime Minister Rowley met with representatives from the U S State Department for talks on issues of mutual interest which included trade and security.

On the matter of security, the US acknowledged that it was capable of providing increased support to Trinidad and Tobago and pledged to do more. The Prime Minister stressed the need for a strengthened partnership, specifically in the areas of training, equipment and information sharing.

Today, Prime Minister Rowley also took the opportunity to attend an observatory tour of Sandals LaSource Grenada. It is anticipated that Sandals will open a similar resort in Tobago which is expected to significantly boost tourism and help promote destination Trinidad and Tobago. 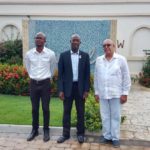 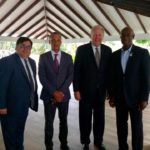