Government Tackles Backlog Of Cases In Our Courts 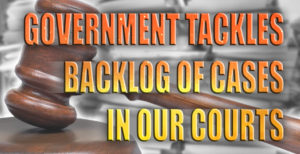 Several much-needed improvements are coming to our justice system that will resolve staffing shortages, introduce stiffer penalties for misconduct and ensure the efficient use of court time.

The slow movement of cases through the justice system has created many serious problems, including overcrowding in the remand prison.

When cases move at an unacceptably sluggish rate through the courts, both the accused and victim are denied justice and immense pressure is placed on the entire system.

Over the last year, the Government has been working on a number of initiatives to alleviate these problems. These solutions include:

The Government is committed to improving the delivery of justice in Trinidad and Tobago and these are just some of the steps that it is taking to revamp this critical public service. 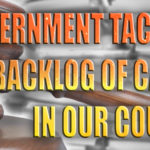