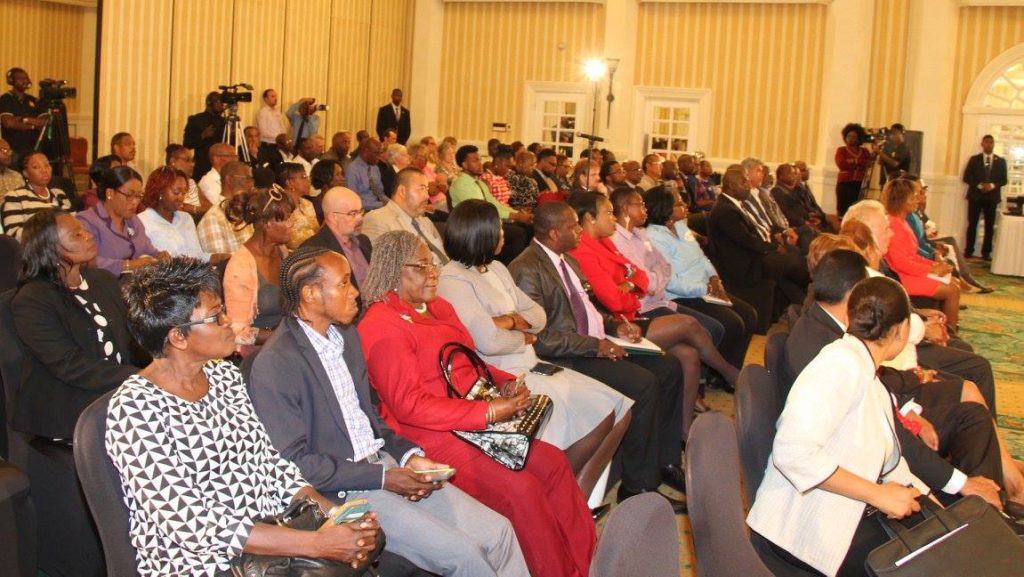 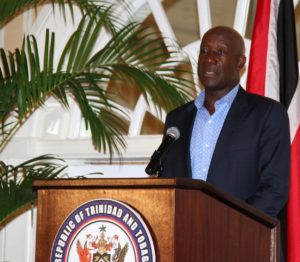 Prime Minister, Dr the Honourable Keith Rowley met on Monday with a broad representation of Tobago stakeholders affected by the recent cancellation of the contract for a passenger ferry to service the vital sea-bridge.

A number of short, medium and long term measures were put forward as the Government seeks to treat with this issue comprehensively.

The Government has instructed the Port Authority of Trinidad and Tobago (PATT) to broaden and hasten its search for a suitable replacement passenger ferry. This search is to be made wherever vessels are available whether held by owners or brokers. The exercise is to be completed in the shortest possible time.

During the previous search for a vessel, the PATT restricted its search and selected a passenger ferry under questionable circumstances. This matter is now the subject of an investigation

The Prime Minister believes the search should be easier now that summer has ended. He said, “Looking for a vessel in September and October is a lot easier than looking in June or July because that is summer and there are increases in traffic in the Northern Hemisphere and everyone is using their vessel. Now moving into fall and winter there should be more available, but we must broaden our search. Whatever went wrong with regard to the restriction of the search ought not to form part of a new search. So we will be working overtime to get a passenger vessel here in the shortest possible time.”

Once this search is successful, the Government will seek to enter into a two to three year contract. During this period a boat specially designed to meet our needs will be built.

Cabinet has already taken a decision to place an order for a brand new ferry that will be built to specification. This vessel will be owned by the State and operated by the PATT. The tender is expected to go out for bids soon.

The Prime Minister believes, given Tobago’s reliance on the ferry for sustenance, that the service should be operated out of Tobago and under the guidance of Tobago. He believes the people of Tobago have demonstrated an ability to manage their own affairs in other areas and that they should also be allowed to manage this critical transportation facility.

He said,” You should be looking after your welfare in these areas and of course, when we add that to the phasing in of other medium-term and long-term arrangements, we have every confidence that Tobago’s economy, in the hands of Tobagonians as part of the national effort, would progress to a better place.”

PATT’s board will be expanded to give more Tobagonians a seat at the table. The board currently has one representative from the island and this is to be increased to three.

Dr Rowley stated “We believe that the Port of Authority must have a larger Tobago interest on the board because Tobago relies so much more on the Port than other communities. In terms of the local connection between Trinidad and Tobago the population of Tobago relies more on the ferry and on that basis normally there will be one person on the Port board it is the intention of the Government to add two more persons to that board.”

Caribbean Airlines (CAL) will continue to make additional seating available for travel between Trinidad and Tobago.

The Cabinet will in short order make a decision on CAL’s current booking policy. The Prime Minister admitted that the system was not functioning in the best interest of the travelling public.

He explained, “We are operating in a system where people can book at will and cancel at will without penalty. This matter has come before the Cabinet and some adjustments will have to be made, so that the seats that are made available by CAL give the best opportunity for nationals to travel.”

Dr Rowley also revealed that, “…there were 98,000 cancellations which took place at CAL recently with respect to seats that were booked by people who did not travel. What that meant is that persons who wanted to make a booking could not book because somebody else made a booking and did not travel and this forces people to try to travel on standby.”

The Prime Minister said he also wanted to see more Tobagonians represented on the airline’s board.

During the meeting representatives from the Tobago Hoteliers Association requested the removal of the hotel tax.

They said the tax threatens their ability to survive in the present circumstances given the disruptions and consequent loss of income associated with the ferry problems.

Prime Minister Rowley agreed to give consideration to this request after discussion with the Minister of Finance. 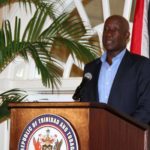 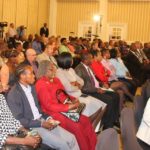