FATCA to strengthen our fight against white collar crime 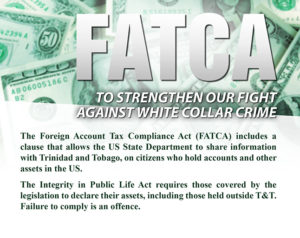 The Foreign Account Tax Compliance Act (FATCA) includes a clause that allows the US State Department to share information with Trinidad and Tobago on citizens who hold accounts and other assets in the US.

It has long been established that white collar crime is often connected to corruption, the illegal drug trade and its attendant violence.

Trinidad and Tobago signed the agreement to Improve International Tax Compliance and to Implement FATCA in August 2016. The agreement states –

“Whereas, the Government of the United States of America collects information regarding certain accounts maintained by U.S. financial institutions held by residents of Trinidad and Tobago and is committed to exchanging such information with the Government of the Republic of Trinidad and Tobago and pursuing equivalent levels of exchange, provided that the appropriate safeguards and infrastructure for an effective exchange relationship are in place;”

Young said, “And as has been suggested, there is a reciprocity part of the arrangement, where the Americans have agreed to provide information to Trinidad and Tobago, but it is not carte blanche any information.”

It should also be noted that the Integrity in Public Life Act requires those covered by the legislation to declare all of their assets. This includes those being held outside the jurisdiction of Trinidad and Tobago. Failure to comply is an offence under the Act.

Once enacted, FATCA will become another tool that can be used to ensure that those who have sworn to serve Trinidad and Tobago are upholding the tenets of the Integrity in Public Life Act. 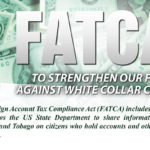 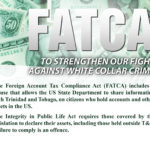