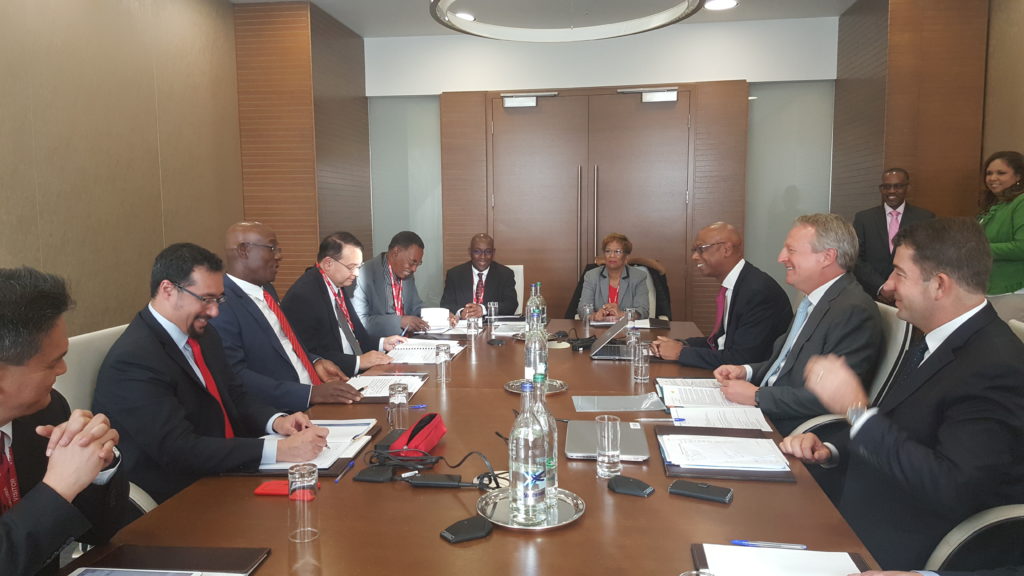 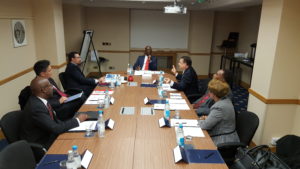 This meeting was a continuation of the conversations between the Government and  high-level executives of the major energy companies operating in Trinidad and Tobago to discuss the governing principles for discussions and negotiations going forward.

The Honourable Prime Minister continues to focus substantial personal effort towards strengthening Trinidad and Tobago’s relationships with multinationals in the energy sector. In this regard, the Government is determined to achieve better returns for its citizens and both Shell and BP have indicated their willingness to hold negotiations and discussions with the Government.

A joint statement from both parties (Government and Shell) will follow.

Dr Rowley and the delegation will meet with high-level executives of BP tomorrow for similar talks. 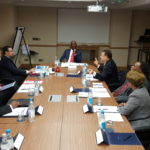 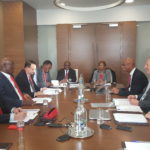