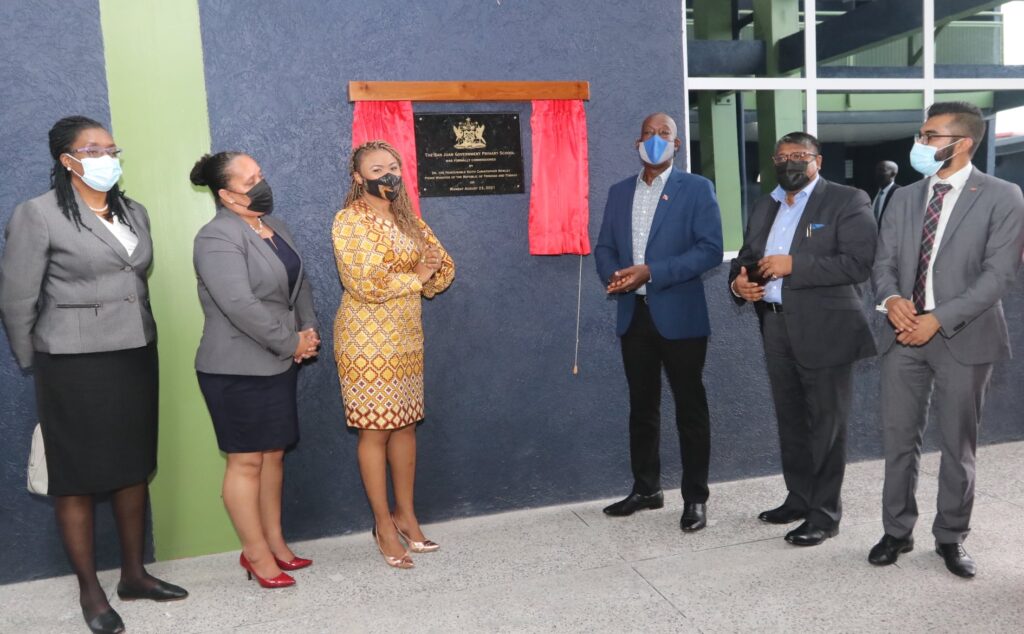 In his feature address, Prime Minister Rowley said the Government has never given up on its commitment to ensuring that education, from primary to tertiary, remains a priority in Trinidad and Tobago. He said the commitment to education was “unshakeable”.

Dr Rowley said education remains one of the single largest items of expenditure in the budget under his leadership and that despite the pandemic this commitment remains.

He said while there were delays due to COVID-19 restrictions his administration was focused on completing the projects earmarked by the Ministry of Education.

During his speech, the Prime Minister also encouraged parents and guardians to allow their children to be vaccinated against COVID-19. He said this would have an impact on children’s return to in-person classes.

Also delivering remarks at the event was Minister of Education, Dr the Hon Nyan Gadsby-Dolly.

Minister Gadsby-Dolly said the new school, which was delivered under budget, provides a spacious, modern and beautiful building for the students of San Juan and environs.

She said despite the many economic challenges facing the country, school construction, renovation and repair are ongoing.

The Hon. Lisa Morris-Julian, Minister in the Ministry of Education and the Hon. Saddam Hosein, Member of Parliament for Barataria/San Juan were among the officials present at today’s event. 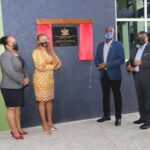