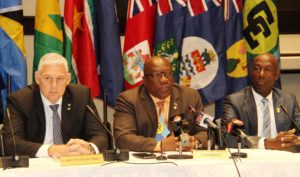 CARICOM issued the  statement on Venezuela following the 19th Special Heads of Government Meeting in Port of Spain on 3rd May,2019.

CARICOM Statement on the Situation in Venezuela

The Caribbean Community has noted with concern the turn of events in the Bolivarian Republic of Venezuela and the potential they hold for the escalation of the political crisis and further violence to the detriment of the people of the country.

CARICOM remains firmly wedded to the view that the solution to the crisis in Venezuela should be a peaceful internal process that avoids the threat or use of force. The Community will continue to monitor the situation and remains convinced that the principles of non-interference and non-intervention in the affairs of states, respect for sovereignty, the constitutional framework, adherence to the rule of law, and respect for human rights and democracy must be upheld.

The Community will continue to support diplomatic efforts such as the Montevideo Mechanism.

We will also continue to be in contact with other interested parties to encourage efforts to bring a peaceful solution to the crisis. 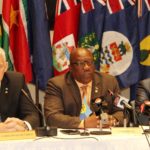