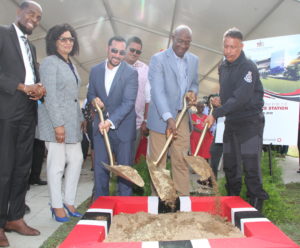 Prime Minister Dr the Hon Keith Rowley was today joined by Minister of National Security and Minister in the Office of the Prime Minister, the Hon. Stuart Young for the official sod-turning ceremony for the Carenage Police Station.

The construction of this new police station was delayed for many years because of a long-standing disagreement over the best location for the building. The site which was eventually selected on the Western Main Road, will allow the Trinidad and Tobago Police Service to effectively perform their duties.

The police have promised to begin operating in close proximity to the site in the coming weeks.

Residents are also expected to benefit from a revitalized Police Marine Unit which will patrol the coastlines in the community.

The Government remains committed to providing the police with the resources that are needed to ensure the safety and security of all the people of Trinidad and Tobago. 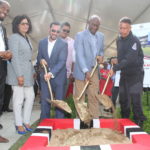