Announcement of The Drilling of The BHP Broadside Well 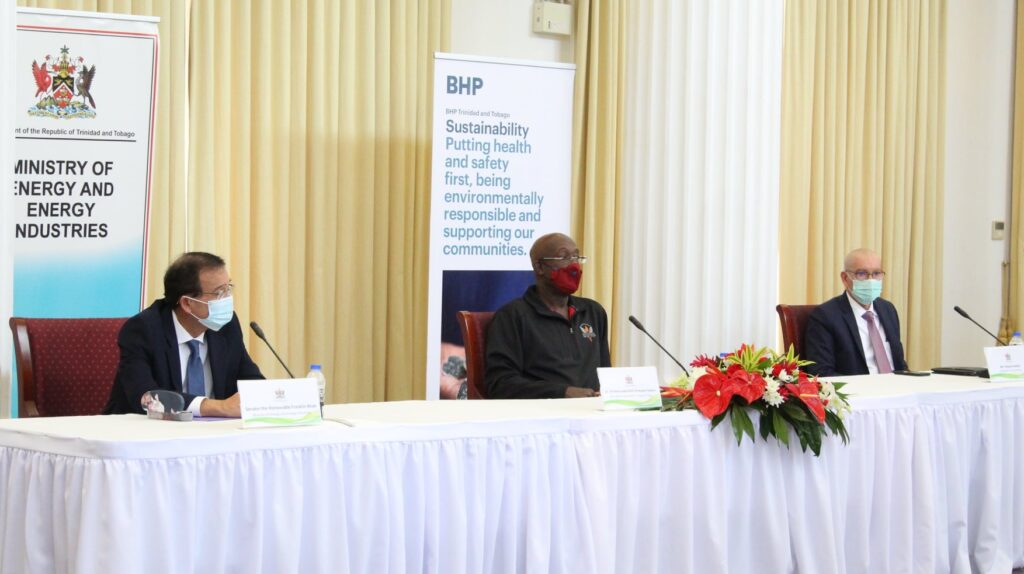 The Government of Trinidad and Tobago and BHP remain strong allies in the energy sector as Prime Minister Dr the Hon Keith Rowley announced the drilling of the BHP Broadside Exploration Well at a media conference hosted by the Ministry of Energy at the Diplomatic Centre, St Anns today (Tuesday 15th September, 2020).

The exploration well is located in Block TTDAA 3, within BHP’s Southern Deepwater Acreage. The drilling of the exploration wells took place in four phases, with the first phase starting in 2016 and the second and third phases beginning in 2018 and 2019 respectively.

In his feature address, Dr Rowley said “BHP remains an important partner for us in the energy sector, and that the Government of the Republic of Trinidad and Tobago remains committed to continuing our work with BHP, and all other stakeholders, for the benefit of the citizens of Trinidad and Tobago.”

Dr Rowley also reflected on his visit to Australia in May 2018, where he met with the senior executives at BHP in Melbourne to discuss BHP’s continued investment and presence in Trinidad & Tobago. Dr Rowley said he was “pleased to announce that both BHP and the Government of Trinidad and Tobago have honoured those commitments made during the visit”, stating that the outcome was promising results thus far from BHP’s Deepwater Exploration Programme has been seen.

In stating the significance of the project, Dr Rowley said “there is the possibility that the Broadside Exploration well, once it successfully encounters its first target at a measured depth of 20,537 feet, may then be deepened to test 2 further targets. If this is executed, the Broadside Exploration Well will be the deepest well ever drilled in Trinidad and Tobago, exceeding 20,000 feet TVD below the mudline.

The Broadside well is not only significant because of its depth. The well will test the oil play within BHP’s Southern Deepwater Blocks, which includes TTDAA 3, 5 and 6. If the finds of the Broadside well are promising, it can inform the drilling of further exploration wells in nearby blocks.”

During the conference members of the head table spoke with employees on BHP’s Deepwater Invictus, the drillship being used for the exploration of the wells.

In attendance at today’s event were the Minister of Energy and Energy Industries, Senator the Hon. Franklin Khan, Mr Vincent Pereira, President BHP Trinidad and Tobago Ltd, Minister of National Security and Minister in the Office of the Prime Minister, the Hon Stuart Young and President of the National Gas Company, Mark Loquan. 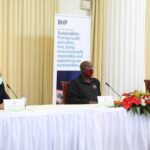