200 New Motorcycles for the Trinidad and Tobago Police Service 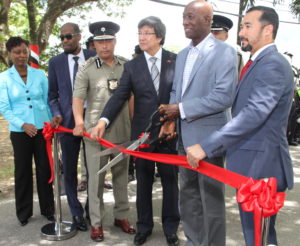 Citizens can expect a faster response time and greater visibility from the Trinidad and Tobago Police Service (TTPS) with the deployment of 200 new motorcycles from the People’s Republic of China.

China is one of several nations including Canada, Australia, New Zealand and the United States, that continues to partner with Trinidad and Tobago to provide training, technology, capacity building and other types of support.

Prime Minister Dr the Hon. Keith Rowley delivered the feature address at the handing over ceremony at the TTPS Academy in St James on Wednesday 21st August,2019. Dr Rowley said crime fighting and the response to the criminal element is a multifaceted assignment and that there is no one office that has the solution.

“We see these bikes not as decoration, not as traffic guiders for high officials, we see these bikes in the police service as the ability of the officers to move quickly through communities on an ongoing basis bringing about a response time which will be significantly improved.”

Fifteen officers received training in China on the motorcycles which are equipped with GPS and video technology. Dr Rowley thanked China for the donation and implored the TTPS properly maintain the equipment. 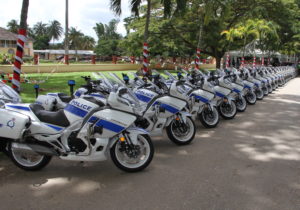 Dr Rowley was joined by Minister of National Security, the Hon Stuart Young, His Excellency, Ambassador to the People’s Republic of China, Song Yumin and Commissioner of Police, Gary Griffith. 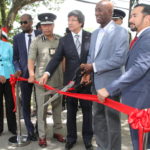 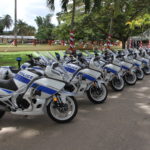