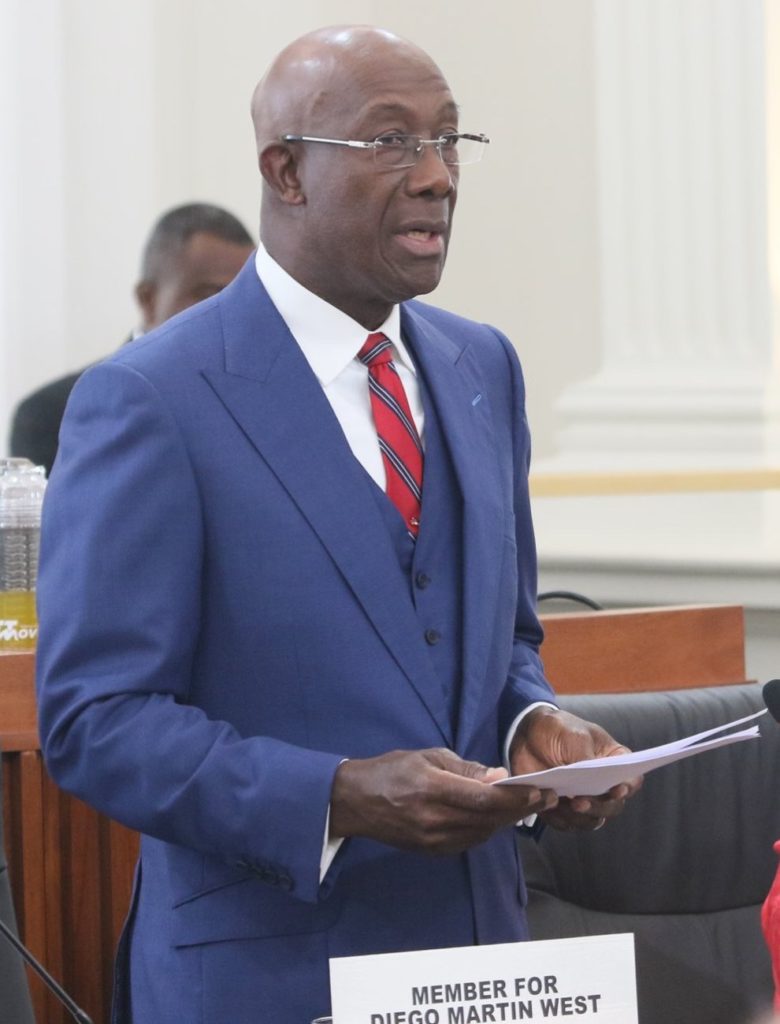 To the House of Representatives

And the Government of the Bolivarian Republic of Venezuela

For the development of the cross-border field,

Loran-Manatee, and a Status Report on the Dragon Project.

I have been authorized by the Cabinet to make the following statement to this Honourable House.

In 2007, the Government of the Republic of Trinidad and Tobago and the Government of the Bolivarian Republic of Venezuela executed a Framework Treaty relating to the unitization of hydrocarbon reservoirs that extend across the delimitation line between the countries. The Treaty established the general framework under which any cross-border reservoir would be exploited. It obliged the parties to conclude specific unitization agreements for the exploitation and development of cross-border hydrocarbon reservoirs within the unit area.  In this regard, the Treaty provided for the establishment of a Joint Ministerial Commission and a Steering Committee to facilitate the implementation of the Treaty.

Pursuant to the Terms of the Treaty, the cross-border reservoirs were to be exploited and developed as a single unit, with determination of the area and allocation of hydrocarbons by a Reservoir Technical Working Group comprising representatives of the exploration and production companies and the resource owners. A Unit Operator was to be appointed from the companies, subject to approval of the parties, to develop the cross-border hydrocarbons within the Unit Area.

Cross border hydrocarbon reservoirs exist within three (3) fields, which are found on the southern and northern continental shelves between Trinidad and Tobago and Venezuela respectively. These fields are the Loran-Manatee, the Manakin-Cocuina, and Kapok-Dorado.

Exploration activity initially by state owned Petroleos de Venezuela (PDVSA) and later by US Corporation Chevron, which held a 60%, interest encountered a substantial amount of gas in the Loran field. In 2005 Chevron/BG, which held a joint interest of 50% each in the Block 6 comprising Sub-Block 6b and Sub-Block 6d, discovered the Manatee field in Block 6d. Subsequent technical evaluation by a Reservoir Technical Working Group comprising representatives of Chevron, BG (now Shell), PDVSA and MEEI ascertained that the fields were integrated. Chevron subsequently sold its interest in Block 6 to Shell which now has 100% interest in the block.

Following negotiations by the parties a Unitization Agreement for Loran- Manatee was prepared and accepted by both Governments. In this regard, in August 2010 Cabinet agreed, that the Republic of Trinidad and Tobago participate with the Bolivarian Republic of Venezuela in the exchange of instruments of ratification in respect of the Framework Treaty and the execution of field specific Loran- Manatee Unitization Agreement.

On August 16, 2010, the Government of the Republic of Trinidad and Tobago and the Government of the Bolivarian Republic of Venezuela exchanged instruments of ratification in respect of the Framework Treaty which action officially brought the Treaty into force. This facilitated the execution of the field specific Loran- Manatee Unitization Agreement on August 16, 2010. The Reservoir Technical Working Group appointed by the parties established the gas in place in the Loran-Manatee Field at approximately 10.07 tcf of which 2.712 tcf or 26.94% is within the maritime area of Trinidad and Tobago and 7.357 tcf or 73.06% within the maritime area of Venezuela.

In accordance with the provisions of the Loran- Manatee Treaty, a Ministerial Committee and a Steering Committee were established in order to facilitate the implementation and execution of the Treaty and related agreements. Under the direction of the Committees a Unitization and Unit Operating Agreement was developed for the exploitation and development of the Loran-Manatee field.

Pursuant to that decision, Cabinet agreed to the following:

Accordingly, the Unitization Agreement has been terminated and will have no further force or effect. It has been replaced by a new Agreement between the countries, which allow for the separate and independent exploitation and development of the Loran – Manatee field.

Under the terms of the new Agreement the Republic of Trinidad and Tobago and the Bolivarian Republic of Venezuela have the right to develop its own share of the hydrocarbon reservoirs within the Loran Manatee Field based on a recovery factor of 69% of the estimated gas in place of 10.07 tcf.  Trinidad and Tobago therefore can produce up to 1.872 tcf and Venezuela can produce up to 5.076 tcf from the gaseous hydrocarbons in place.

The volumes of gaseous hydrocarbons initially in place, the average percentage of original gas in place for each Party and the assumed recovery factor may be adjusted based on any new data arising from a redetermination of the gas in place. A re-determination may be undertaken after one year but not later than three years from the date of first production by either Party and such other intervals if such request is made at least two (2) years after the most recent redetermination.

The decision to allow each party to independently develop its share of the field will accelerate its development. The Agreement provides for development of reservoirs within the Loran Manatee Field by the exploration and production companies authorized to undertake such activities, in accordance with their respective agreements with the relevant Party. Pursuant to the terms of Block 6 PSC (production sharing contract), in which the Manatee field is located, the contractor, Shell, will be required to prepare and submit for the Minister’s approval a Work Programme and Budget for the contract area encompassing the Manatee Field, setting forth the planned exploration and development activities. Shell has already agreed to undertake and accelerate these requirements.

As regards to the disposition of hydrocarbons produced from Sub-Block 6d (Manatee development), the contractor Shell is to submit a written request to the Minister to initiate negotiations to agree on contract terms in order to commence the appraisal and pre-sanction activities necessary to progress the commercial development of the Manatee field. Shell has initiated preliminary discussions with the Government and is working on various development scenarios for early on stream gas production of the field. It is projected that gas production could commence in the 2025 period at rates ranging from 270mmscf/d to 400 mmscfd.

Natural gas from Loran- Manatee or now the Manatee field was not initially factored in the Government’s gas production forecast but in the light of these agreements, can now be added as significant reserves to sustain the levels of gas consumption at Pt Lisas. This development will therefore augment gas production from 2025 and assist in alleviating gas curtailment that has been a worrying issue for the downstream industry and I dare say, the national economy of Trinidad and Tobago.

The Agreement sets a precedent for further cooperative development of the other smaller but very significant cross-border fields, the Manakin- Cocuina and Kapok –Dorado, in which Trinidad and Tobago has almost 1tcf of available resource.

A Unitization Agreement was executed for the Manakin-Cocuina on February 24, 2015 and a draft Agreement has been prepared for Kapok-Dorado.  It is estimated that 0.85 tcf or 850 billion cubic feet of natural gas are located within the Trinidad and Tobago maritime area of these cross-border fields.

Loran-Manatee Field Agreement is a landmark decision in the countries’ cross-border relationship and a major policy shift in the Government’s gas development strategy. It is further testimony of positive initiatives being undertaken by the Government of Trinidad and Tobago to meet critical domestic gas requirements for a competitive energy sector and to maintain our position as a major player in the global petrochemical and LNG business.

Contrary to some disappointing but predictable, negative media headline reports, the dismantling of the Loran-Manatee Unitization Agreement is beneficial to Trinidad and Tobago. The previous attempt to extract gas from the Loran Manatee Field has been going on for twenty years without with little real progress to show for it. However as it is said, necessity is the mother of invention and we, having not invented, have successfully found the way to develop our proven resource, to partner with an oil and gas major, to get the long dormant field developed and infrastructure built with the outcome, in the medium term, being gas flowing from these fields on our south-eastern border areas to our national economy at Pt Fortin and Pt Lisas.

Madam Speaker let me once and for all clarify for the average citizen our early initiative which is commonly and even derisively referred to as the The Dragon Deal. Whereas the Loran Manatee field is in the south east and involves a gas field which is shared by Trinidad and Tobago and Venezuela the Dragon field  which is located on the north west of Trinidad, lies entirely within Venezuelan territory and is owned by the people of Venezuela. Our only interest in this field is wholly commercial and is entirely dependent on possible commercial arrangements. Very early in the life of this administration we took steps to open up these commercial possibilities to allow Trinidad and Tobago industries to have access to a larger raw material base. The Dragon initiatives when completed and operationalized will also be beneficial to Trinidad and Tobago. The deal is still on but has been prevented from formally moving forward, at this time, by trade restrictions imposed the US Government on Venezuela. This is a development over which we had nor now have any control but any ultimate outcome will always be one of mutual benefit to all the people of Trinidad and Tobago and all the people of the Bolivarian Republic of Venezuela.

The objective of the MOU was to set the general conditions for the execution of a Technical Economic Feasibility Study of the natural gas reserves in fields located in the northern and south-eastern areas of the continental shelf of the Bolivarian Republic of Venezuela and the assessment of the feasibility of developing a gas interconnection between the Republic of Trinidad and Tobago and the Bolivarian Republic of Venezuela.

This is an initiative which was welcomed by all the right thinking people of our country and all our neighbours. It summarises neighbourly cooperation in our zone of peace and prosperity which we hold out to our children and grandchildren

Technical Teams from both countries were appointed to evaluate the feasibility of the supply of gas and in particular the Dragon Field, from Venezuela to Trinidad. Following a successful review of the project, a Government-to-Government Agreement on the implementation of a gas interconnection project between the Republic of Trinidad and Tobago and the Bolivarian Republic of Venezuela was finalized. This Agreement was signed in Caracas on the visit of the Prime Minister of the Republic of Trinidad and Tobago and President Maduro on December 5th, 2016.

On January 15, 2017, a Heads of Agreement was executed among NGC, PDVSA and Shell for the extraction of gas from the Dragon field for supply to domestic and LNG industries in Trinidad and Tobago. First gas was projected for 2023 at an initial production rate of 330mscfd increasing to 500mmscfd at peak production. A term sheet, which sets out the commercial terms for the project, has been finalized and agreed to by the participating entities, NGC, PDVSA and Shell. Discussions commenced on the terms of a Gas Sales Agreement. However, further progress has been stymied by US Trade restrictions which have escalated and which target transactions with PDVA. Notwithstanding , the Government of the Republic of Trinidad and Tobago and the Government of the Bolivarian Republic of Venezuela are continuing their collaboration on the premise that the trade restrictions on Venezuela will be lifted, sometime, in due course.

The action by the Government in these matters is a clear indication of our commitment and resolve to attain a sustainable domestic gas industry. We are on the right track as the positive results show that we are getting the job done. 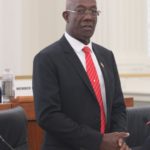 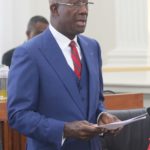